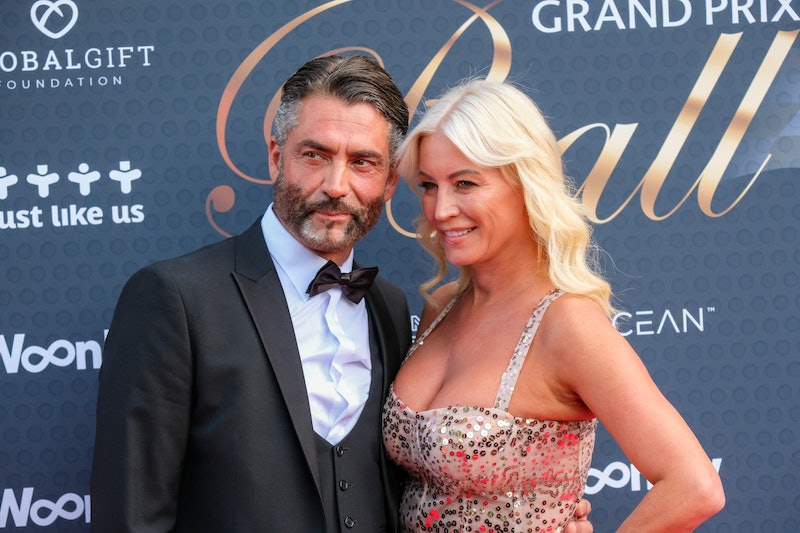 As a couple, Denise Van Outen and Eddie Boxshall were a firm favourite among Celebrity Gogglebox fans. So when they split earlier this year, amid reports he was unfaithful, viewers were eager to see who would replace him on the Channel 4 show. But fear not, as Van Outen returned to the couch with her BFF, Blue singer Duncan Jones along for the 2022 series. And now the former TV presenter has a new beau as well as a new TV watching-buddy. Van Outen stepped out with her new boyfriend at the black-tie Grand Prix Ball in London. But who is this mystery man, and what do we know about their relationship?

Van Outen's new beau is Jimmy Barba, a property developer based in London. He was born in Milan, Italy, with his family moving to the UK shortly thereafter. Before breaking into the real estate business, Barba was somewhat of a celebrity in Italy. He appeared on the Italian Big Brother in 2010, where he finished in fourth place.

After gaining some notoriety from the reality show, Barba tried his hand at a singing career. He released three singles between 2012 and 2013. But before all that, he appeared as a dancer in the music video for Tom Jones’ 1999 hit “Sex Bomb,” and performed on Top of the Pops with the Welsh singer, too. In recent years, Barba has built a career for himself in property development.

According to the Daily Mail, Barba and Van Outen met through a mutual friend, All Saints’ Shaznay Lewis. An insider revealed the couple has already been "on a few dates" and "everything is going really well and Denise is happy." Van Outen has shared a few snaps from their time at the Grand Prix Ball on Instagram, as has Barba, per the Daily Mail. However, he has set his Instagram to private mode.

In contrast to where she is now with Barba, Van Houten wasn't having such a great time at the beginning of 2022. Following her split with Boxshall, Van Outen told BBC Radio 2 listeners how she was proud of being the one to walk away from the relationship. Van Outen also spoke of her optimistic outlook following the split.

"The bad times are always followed by good times and that's what I look forward to," she explained. "I think you just ride the wave of the bad times knowing that eventually you will get to a good place."

More like this
Theo James Would “Love” To Star In George Michael Biopic
By Sam Ramsden
Siva Kaneswaran's Net Worth Shows The Value In Chasing The Sun
By Bustle UK
Twitter Is Saying The Same Thing About The All-Male BRIT Nominees
By Sam Ramsden
Winter 'Love Island' Has Its First Bombshell, But There's A *Major* Twist
By Bustle UK
Get The Very Best Of Bustle/UK
Sign up for Bustle UK's twice-weekly newsletter, featuring the latest must-watch TV, moving personal stories, and expert advice on the hottest viral buys.