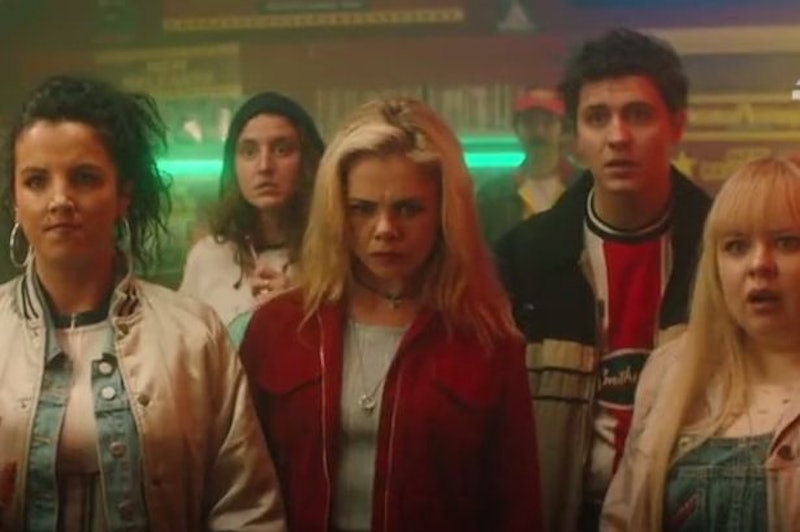 The third and final series of Derry Girls has been delighting fans since it premiered last month, and the fourth episode was no different, as viewers got to witness the kiss heard all around Northern Ireland. Yep, James Maguire (Dylan Llewellyn) and Erin Quinn (Saoirse-Monica Jackson) finally admitted their feelings for each other and shared a kiss that’s been 16 episodes in the making.

It all came together after Sister Michael (Siobhán McSweeney) got a call about her aunt’s death, prompting her to enlist James, Erin, Michelle Mallon (Jamie-Lee O’Donnell), and Clare Devlin (Nicola Coughlan) to help clean the home before the funeral.

However, things took an unexpectedly scary turn for James when he got run over by a stationary van. Yes, you read that right. The "near-death experience” inspired him to live for the moment and confess his true feelings for Erin.

"I think I've liked you for a long time... I think you're beautiful,” he said in a sweet moment that had viewers swooning. Plus, having “Kiss Me” by Sixpence None The Richer start playing when Erin pulled him in for a smooch also set the mood perfectly.

But this is Derry Girls, and the Channel 4 comedy can’t resist an awkward moment as James’ cousin Michelle interrupted the moment, and all but banned the pair from being together.

After reeling off a list of all the reasons why the two shouldn’t date, including their union being akin to incest, Michelle’s words got to Erin. However, James simply responded by saying he would wait for her. Our hearts!

Meanwhile, back in Derry, Mary, Sarah, Joe, and Gerry paid a visit to a psychic played by Games Of Thrones star Conleth Hill.

Naturally, viewers flocked to Twitter to share their feelings about action-packed episode, focusing their reactions to the long-awaited kiss.

Below, see some of the best social media reactions to James and Erin’s sweet moment.

Season three of Derry Girls is airing on Tuesday nights at 9.15 p.m. on Channel 4.