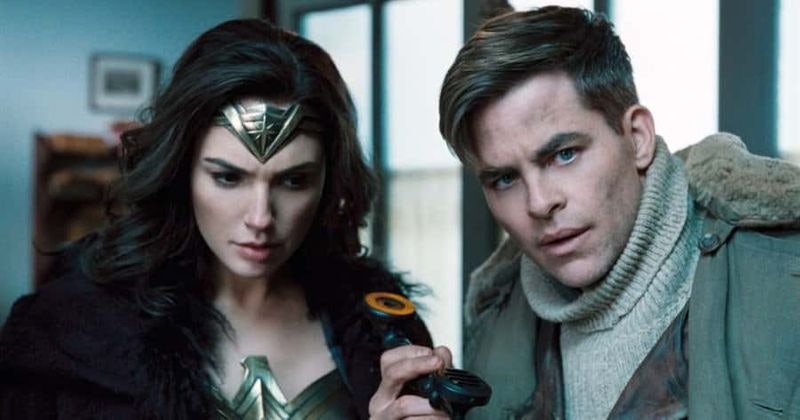 Like pretty much all of America, I enjoy superhero movies. I like the action and the obvious high-budget special effects and the sarcastic quips in between takedowns of the bad guys. But when it comes to the romance plots of these franchises, however, I’m typically not nearly as invested or convinced. (Even as a long-time romance reader and viewer.) With so many other elements to get through, relationships in the genre can often feel more formulaic than authentic. But now that we’re two films into the Wonder Woman franchise I can say without a doubt that Diana Prince and Steve Trevor have one of the most emotionally raw and fleshed-out relationships of almost any of these comic-based cinematic franchises. They may even be one of my favorite love stories of the year — and I say that as a very dedicated Bridgerton fan.

In the 2017 movie Wonder Woman, Diana (Gal Gadot) and Steve (Chris Pine) meet in the middle of World War I, and the two work together to stop German General Erich Ludendorff and chemist Isabel Maru from detonating a deadly form of gas on the masses. At first, Steve underestimates Diana’s strength due to her childlike naïveté about the world, but he soon learns to trust and even appreciate her instincts. Unfortunately for the couple, Steve sacrifices himself at the end of the film by flying a plane containing the poisoned gas into the sky and blowing the cargo up and himself in the process, leaving Diana to live without him.

Warning, spoilers ahead. Six decades have passed at the start of the newly released sequel, Wonder Woman 1984, but Diana is still reeling from Steve’s loss. But an age-old magical stone helps her bring Steve back to earth in the form of another man’s body. After a brief honeymoon period, however, Diana realizes that there’s a price to pay for Steve’s reentry: She slowly loses her powers, meaning she can’t fight the forces of evil. Eventually, she makes the heart-wrenching decision to renounce her wish and let him go in order to save the planet from villains Max Lord and Cheetah. (Cue me sobbing as Steve yells, “I'll always love you, Diana!” while Diana runs from him into a chaotic Washington, D.C. street.)

What’s so powerful about someone like Diana getting such a complex love story is that she doesn’t actually need a man... it’s that she wants this one particular person.

During the release of Wonder Woman in 2017, one of the major arcs of the movie was Steve realizing Diana’s abilities and letting go of his own ego to let her take the lead. It seems like such a basic and cliché lesson, but in an era of “why are men?” memes, it was a welcome one. But what makes Wonder Woman 1984 such an emotional watch on this front is that this time, Steve doesn’t have to learn how to let Diana have alpha status; he accepts that she’s going to be in that role from day one. (It also helps that he has absolutely no idea how the 1980s work and is staring at everything in awe and wonder.) When they fight bad guys together in this sequel, they do so as a unit, with Steve taking full advantage of knowing what Diana’s strengths are and being okay playing a strong but supporting role to all of her talents. Sure, Chris Pine’s baby blues and Gal Gadot’s ultra-expressive face help matters, but the two have a real chemistry that matches a very equal partnership.

There are plenty of incredibly important arguments around the superficiality of the Wonder Woman franchise’s girl power messaging, its lack of intersectionality, and the question of why a supposed badass feminist icon like Diana needs a man to begin with. But what’s so powerful about someone like Diana getting such a complex love story is that she doesn’t actually need a man; as she’s proven time and time again, she can more than adequately take care of herself. It’s that she wants this one particular person who she feels sees her and understands her for all that she is. While the film's storytelling methods may be debated, that desire for connection and belonging isn’t ant-feminist, nor does it make strong women weak. It’s human nature.

It’s also what makes Diana and Steve’s separation all the more devastating, epic, and strangely realistic: Love can feel life-affirming and fleeting all at once.