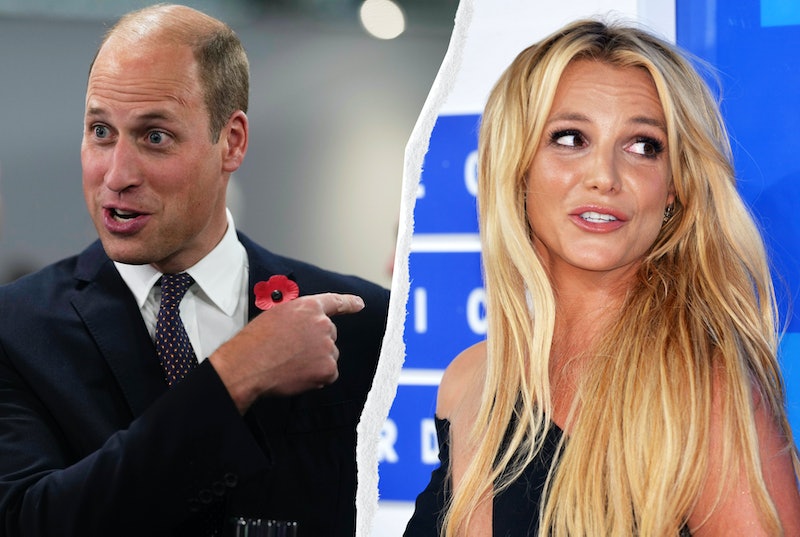 Prince William had a “cyber relationship” with Britney Spears, according to royal biographer, Christopher Andersen.

Speaking to Us Weekly, Andersen, the author of Brothers and Wives: Inside the Private Lives of William, Kate, Harry and Meghan, revealed that the Duke of Cambridge and Spears had “tried to get together back when they were young,” before William began dating his now-wife Kate Middleton in 2003.

Andersen also claimed that, although the pair were in contact, the relationship never actually went anywhere. “There may have been phone conversations, but I don’t recall that they ever actually managed to get together during that period,” he told the publication.

Andersen’s claims are backed up by Spears’ 2002 interview on ITV’s Frank Skinner Show, during which the “Toxic” hitmaker disclosed that she and the future king had “exchanged emails for a little bit”. Per ABC, a 20-year-old Spears continued at the time, “he was supposed to come and see me somewhere but it didn't work out”.

Pop princess Spears isn’t the only high profile figure to have been linked to the senior royal, and Andersen also divulged to Us Weekly that William enjoyed a “similar cyber relationship” with the niece of President George W. Bush, model Lauren Bush.

The royal biographer also revealed that before conversing with Spears, a young Prince William had a thing for the model and actor, Cindy Crawford. “I think it’s very cute,” Andersen commented, adding that William’s mother, the late Princess Diana, “arranged for a meeting” between the pair after learning of his celebrity crush.

Of course, the Duke of Cambridge didn’t end up marrying an A-lister, and eventually tied the knot with Middleton during a lavish wedding ceremony at Westminster Abbey in 2011.

Speaking of William’s relationship with the Duchess of Cambridge, Andersen told Us Weekly, “I think it’s very telling that both William and [Prince] Harry married commoners. I mean, Kate, her mum was a flight attendant who grew up in public housing ... But I think that those are things that Diana would have loved — the fact that they stepped outside of everybody’s comfort zone.”