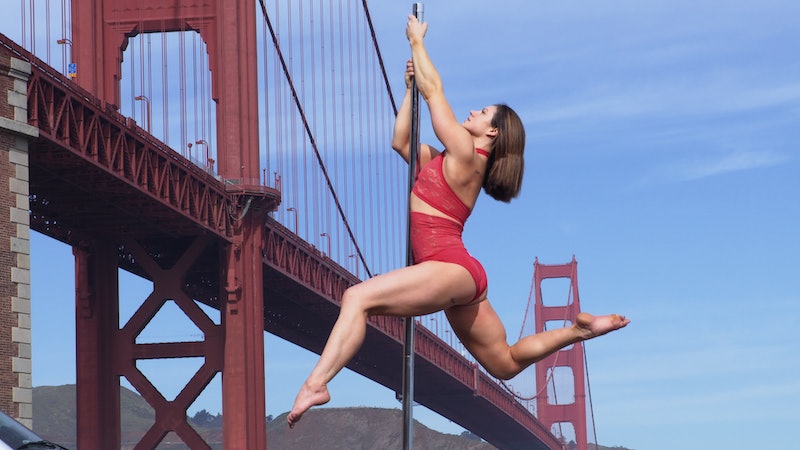 Documentaries have been made about almost every subject imaginable, but sometimes you’re in the mood for something specific: exploring darker, dirtier, sexier side of life. That's when Netflix comes in handy, as it boasts a considerable collection of dirty documentaries. Each has its own interesting points to make, and often, these films do a great job of expanding conversations around sex work and sex positivity. Sure, things get explicit and possibly even R-rated, but hey, these are documentaries. Real life is being captured frame by frame. Isn't that what you came for?

This film explores the art of pole-dancing. A group of women with a range of experiences — some of whom have suffered trauma, others who have challenging relationships with their bodies, or still more who want to connect with their sensuality — go on a journey to learn pole-dancing for themselves (and experience healing) over six months.

Sometimes sexy, sometimes clinical, this docuseries explores everything and anything related to sex. From fantasies to childbirth to birth control, your sex education awaits. But in addition to a wealth of knowledge, you may also find liberation and pleasure in learning all there is to know about sex.

Sunny Leone grew up in a conservative family, became an adult film star, and then “made it” as a reality TV star and actor. She’s incredibly famous, controversial, and outspoken about her life and trajectory. Mostly Sunny a riveting portrait of woman who has, for better and worse, become a cultural sex symbol and taken control of her narrative.

Liberated: The New Sexual Revolution examines the modern social constructs around sex, dating, and hooking up through the lens of spring break. Because what's more sexy than a bunch of college students letting loose on the beach and drinking like there's no tomorrow? Of course, the documentary isn't all about the glossy, carefree glamour of 20-somethings on vacation — it's also about the gender roles imposed by the idea of "spring break," and how they can influence young adults’ sexuality.

Journalism isn't usually seen as dirty or sexy, but Christiane Amanpour's Sex & Love Around the World might be the exception. In this docuseries, Amanpour travels the world to see how sex is celebrated and understood in different countries and cultures.

A man, Gerald Foos, builds a motel with the express purpose of spying on everyone who comes to it — especially when they’re having sex. The telling of this story is as controversial as the subject matter, with longtime journalist Gay Talese getting caught up in scandal. But at its core, it’s a dark, unsettling look at an obsession with voyeurism.

Finally, on the lighter end of the spectrum, there’s Circus of Books: the story of a wildly successful sex shop owned by a lovely Jewish couple that catered to the Los Angeles gay community. It’s incredibly sweet and poignant — and also occasionally sexy, too.

This article was originally published on Feb. 8, 2017