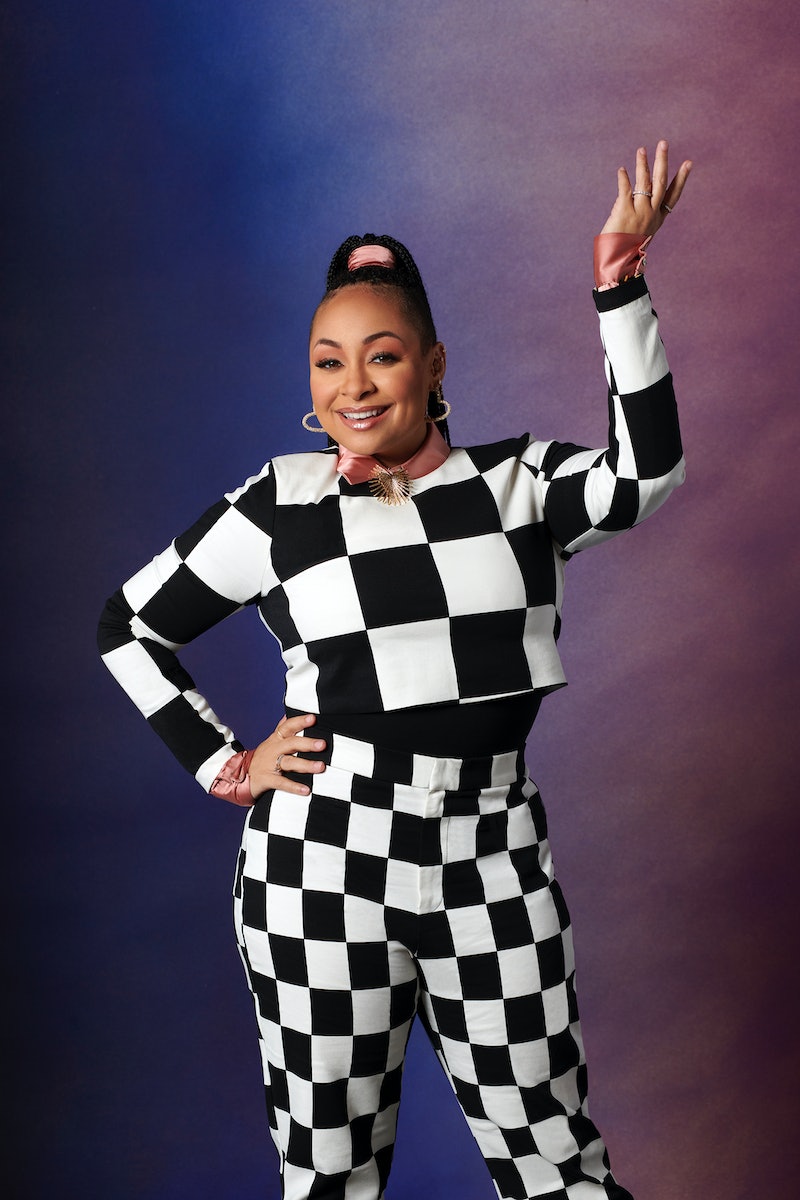 Disney Channel is bringing Raven’s Home back for Season 5, and this time around, the That’s So Raven reboot looks a bit more similar to its predecessor — in some ways. Premiering March 11, the new season will see Raven Baxter (Raven-Symoné) leave Chicago and return to her native San Francisco to care for her father, Victor (Rondell Sheridan), after he suffered a mild heart attack. Shaking up the location means Raven will reunite with familiar faces and settings from the original series, and her son, Booker (Issac Ryan Brown), will attend her old high school.

However, the series’ retooling also means a few fan-favorite cast members won’t be coming back for Season 5, leaving fans conflicted between embracing the nostalgia and boycotting their absences. In a March 7 interview with Entertainment Tonight, Symoné responded to the controversy and defended the new Raven’s Home direction. “We are characters living the same type of story, just in a different city. This is not a different show,” the actor told ET. “This is just, in everyone’s life, you create different families as you grow up.”

In the official Raven’s Home Season 5 trailer released Feb. 10, Raven and Booker embark on their move to San Francisco, inexplicably leaving his twin sister, Nia (Navia Robinson), behind to seemingly stay in Chicago with her dad, Devon (Jonathan McDaniel). The pair moves into the iconic Baxter family home to live with Victor, and several new characters are introduced: Alice, a young cousin of Raven played by Mykal-Michelle Harris; Neil, Booker’s neighbor and classmate played by Felix Avitia; and Ivy, another neighbor and Alice’s babysitter played by Emmy Liu-Wang. From Raven’s teenage bedroom to Victor’s restaurant, The Chill Grill, the characters will visit many memorable locations from That’s So Raven.

Additionally, Symoné’s former fellow Cheetah Girl Adrienne Bailon-Houghton will join Raven’s Home for Season 5, reprising her That’s So Raven role as Alana, who’s since upgraded from their high school’s resident mean girl to its principal. The trailer teases a hilarious face-off between the childhood enemies, and Bailon-Houghton recently told TVLine about her excitement toward reviving the character. “I always love working with Raven. We did the first Cheetah Girls movie when I was 19, and now I’m 38, so we’ve stayed friends for almost 20 years,” the actor said. “We laugh at the fact that we were playing the high school students… and now we’re playing the parents. It’s so bizarre!”

Symoné opened up to Entertainment Tonight about the beloved characters’ unexpected exits from the series and compared seeing close friends and family members come and go to real-life experiences. “You go and visit old family. You bring in new friends. This is just a continuation of Raven Baxter and Booker’s life as he grows into a young man and she figures out what she's doing with her life,” she said.

At the same time, she realizes it’s odd for viewers to see Raven move back to San Francisco without her daughter and seemingly inseparable best friend of nearly 20 years. “Listen, they’re a part of our family. There are references and we definitely explain what's going on. I think that’s very important, because we respect the people that are watching the show,” Symoné told ET. “Everybody grows, and your family changes eventually, and the people close to you change, and... It doesn't change you. It hopefully will help you grow as a human.”

“It’s always good to have those people that know you from your past and you call on them and you reference them,” she continued. “It’s about moving forward. Of course, we pay homage to those who have got us here.”

While Symoné didn’t specify whether Nia, Chelsea, Levi, or Tess will appear in the series going forward, the actor said she’s “working on” trying to secure “as many people as we can” from That’s So Raven to guest-star on Raven’s Home. Furthermore, she’s hoping Season 5 will prove successful so Disney Channel will pick the series up for another set of episodes. “We are really focused on creating this content that hopefully will get us another season, but who knows,” she said.

Based on the majority of fan reactions to the major Raven’s Home changes, whether Season 5 will be a hit upon its premiere is still TBD. In response to the initial trailer, many viewers took to social media to express disappointment at the fan-favorite character’s removals from the series.

Other fans compared Disney Channel’s decision to alter the series to another show on the network titled Bunk’d, a spin-off of 2011’s Jessie that also received a major retooling. Originally centered on Ross family members Emma (Peyton List), Ravi (Karan Brar), and Zuri (Skai Jackson), the three characters were written out of Season 3. The series’ forthcoming Season 6 follows a slew of new characters in the wild west — a far cry from the inaugural seasons’ Maine summer camp setting. Ironically, the casts of Raven’s Home and Bunk’d joined forces for a crossover episode in 2020.

On the other hand, some longtime Disney Channel viewers are simply excited to see elements of That’s So Raven incorporated into Raven’s Home.

More like this
A New 'And Just Like That' Table Read Pic Confirms A Key Character's Return
By Jack Irvin and Grace Wehniainen
'Friends' Star Maggie Wheeler Offers Support To Matthew Perry After Reading His Memoir
By Alyssa Lapid
Here’s Why Danny Masterson’s Hyde Isn’t In 'That '90s Show'
By Brad Witter
Mel B Thinks These Celebs Should Play Them In A Spice Girls Movie
By Alyssa Lapid
Get Even More From Bustle — Sign Up For The Newsletter
From hair trends to relationship advice, our daily newsletter has everything you need to sound like a person who’s on TikTok, even if you aren’t.