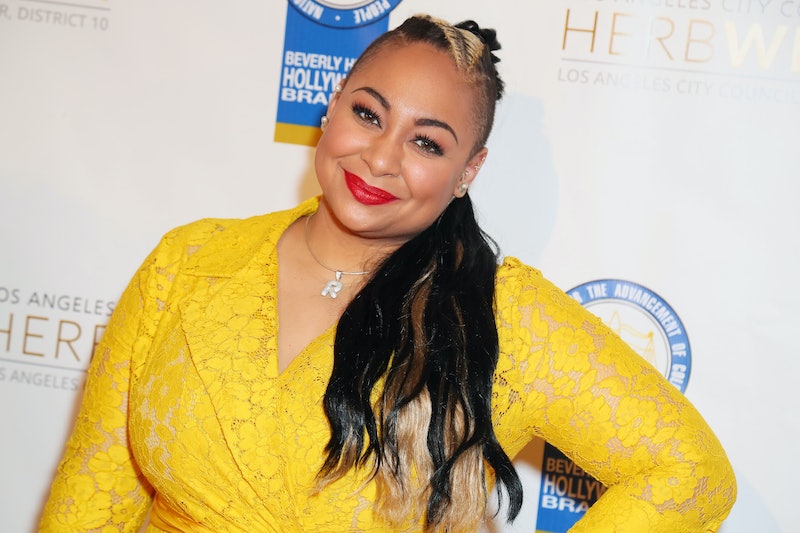 Now that she's married to Miranda Pearman-Maday, Raven-Symoné is ready to start a family. In an interview with Entertainment Tonight published on July 20, the former Disney Channel star opened up about what's next for her following her wedding. Not only is she ready to have kids, but she's looking for a job that will allow her to have time for herself. If she and Pearman-Maday have kids, they will certainly need all the time they can get.

Symoné opened up about her future dreams when asked if she'd consider joining her Cheetah Girls co-star, Adrienne Houghton on The Real. "I'm gonna start a family [soon] and I need to do that. I want to make sure I'm getting into a job position that allows 'me time,' because let's not forget how demanding that job was before corona, and I'm sure it's demanding now," she told ET. There isn't an exact timeline when they plan on expanding their family, but it's definitely in the near future. Per Symoné, "I mean we just got married. Everyone talks about it then, right?"

On June 18, the Raven's Home star shocked fans when she revealed she and Pearman-Maday got married. They said "I do" in a secret ceremony held in the backyard of their Los Angeles home. Only six other people attended. Next to photos from their wedding, Symoné gushed, "I got married to a woman who understands me from trigger to joy, from breakfast to midnight snack, from stage to home."

During her recent chat with ET, Symoné also opened up about Pearman-Maday and how they push each other to be better. She said about her wife, "My babes, she's independent. She's self-sufficient and she challenges me every day." Even though she's normally pretty private about her personal life, the 34-year-old actor revealed their time together has been "full of laughs and conversations and growth and goal building." It sure sounds like Symoné and Pearman-Maday are growing together in the right direction.