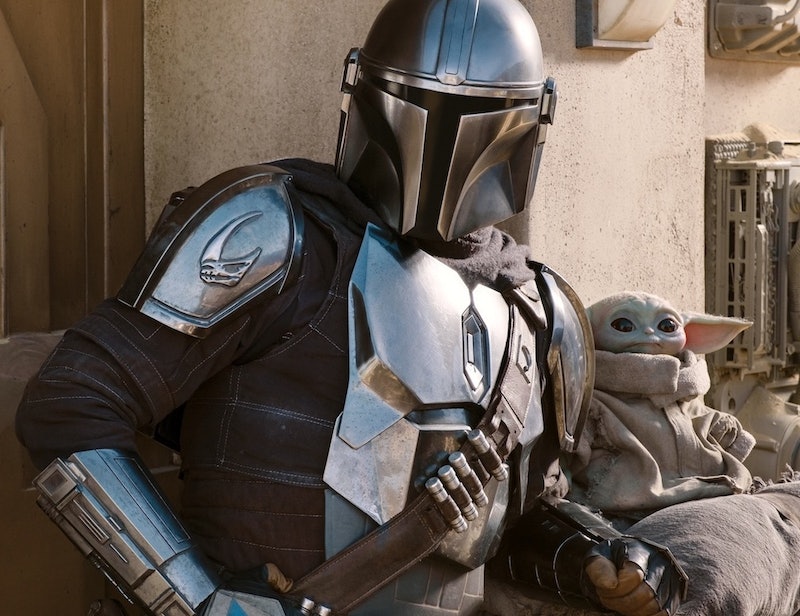 Time to plan those Baby Yoda watch parties: Disney+ just launched a new feature called GroupWatch, a co-viewing social experience that allows subscribers to stream TV shows and films with up to six other people. In the same vein as the Netflix Party feature, GroupWatch — which debuted in the U.S. on Tuesday, Sept. 29 after test runs in Canada, Australia, and New Zealand — synchronizes the viewing experience so that friends and family could enjoy titles together amid the COVID-19 pandemic. Group stream of Hamilton, anyone?

Unlike Netflix Party, GroupWatch is already featured in the Disney+ app and doesn’t require a separate download. To access the new feature, simply access the title you want to stream, click on the GroupWatch icon right next to the "play" and "add to list" icons, and voila: it’ll take you to a separate page where you can add up to six additional users (via the "+" icon) to join the group stream. All streamers must be Disney+ subscribers in order to join GroupWatch, and it can be used on TVs and other devices.

As of right now, there’s currently no chat feature that allows streamers to discuss the titles during their collective stream. But Jerrell Jimerson, Disney+’s SVP of product management, told CNN Business on Tuesday that a chat feature could be incorporated into GroupWatch in the future. "We really wanted to create a product feature that was great for small groups, for friends and family, that was really easy to use," Jimerson said of GroupWatch. "We didn't want your grandmother having to figure out a Chrome extension."

Adding that GroupWatch has been in the works for quite some time now, Jimerson said the company became inspired to introduce the feature after they noticed streamers orchestrating watch parties via Zoom. "It provides a really easy way to watch with friends and family, particularly in times when you can't have four friends over on a Friday or Saturday night to watch something like The Mandalorian," Jimerson added. "This is a great way to have a similar kind of experience with other people you would otherwise be hanging out with in person."

With The Mandalorian returning for Season 2 next month (not to mention, Disney+’s extensive roster of TV and films as a whole), GroupWatch could not have come at a better time.

More like this
Marvel's 'She-Hulk' Trailer Is Finally Here & The Hulk Lends A Big Helping Hand
By Grace Wehniainen
Hilary Duff Spills The Tea On Why Disney+ Canceled The 'Lizzie McGuire' Reboot
By Jake Viswanath
Will ‘Moon Knight’ Return For Season 2? There Have Been Promising Signs
By Kadin Burnett
What’s New On Netflix: The Return Of 'Bling Empire' & A Rebel Wilson Comedy
By Arya Roshanian
Get Even More From Bustle — Sign Up For The Newsletter