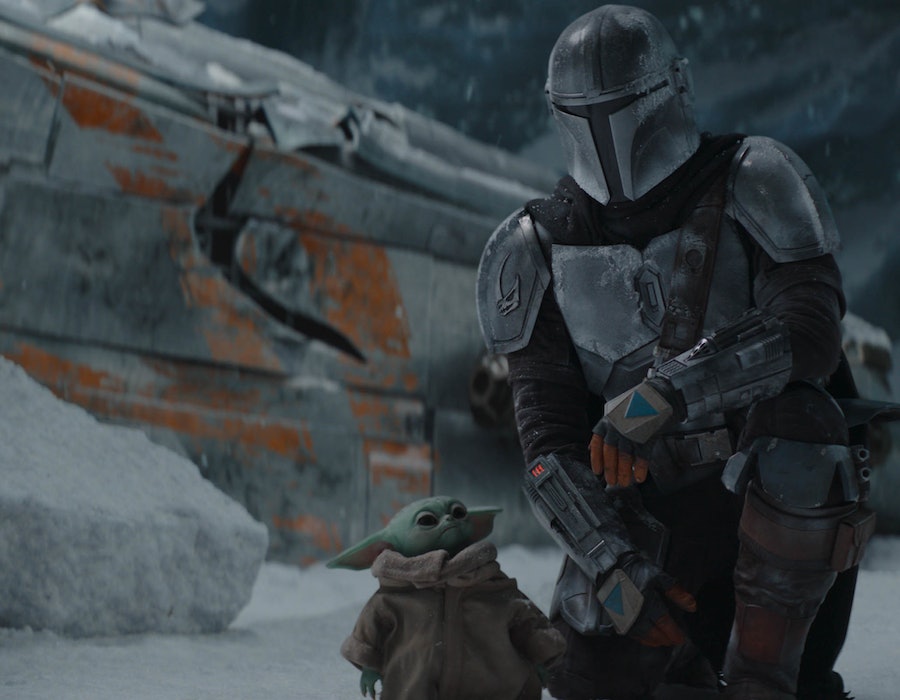 The search for Baby Yoda’s home planet continues in the first full-length trailer for The Mandalorian Season 2. Disney+ debuted a first look of the highly-anticipated sophomore season of the series, set to return on Oct. 30, on Tuesday — and the trailer also teased the introduction of the Jedi. In the clip, Mando, also known as Din Djarin (Pedro Pascal), and The Child are confronted with new terrain, new faces, and new threats in the search for the elusive creature’s true origins in the Star Wars universe.

The clip opens with Mando’s ship traversing the galaxy. The Armorer’s voice-over from last season is used to narrate the trailer: “Show me the one whose safety deemed such destruction. You must reunite it with its own kind.” The Armorer then teases the arrival of the Jedi and adds, “The song of eons past tells of battles between Mandalore the Great and an order of sorcerers called Jedi.” Mando laments in response, “You expect me to deliver this creature to a race of enemy sorcerers?”

“This is the way,” she answers. The trailer also introduces a Cyclops named Gore Keresh, who warns Mando, “You know this is no place for a child.” We also get a first glimpse of the elusive green monster that creator Jon Favreau teased on Instagram last December — there are two of them that battle it out in a boxing ring.

The Season 2 trailer also introduces a mysterious new character — although it isn’t Rosario Dawson as Clone Wars favorite Ahsoka Tano. (Dawson’s new character is notably absent in the trailer.) Sasha Banks, professional wrestler for the WWE, makes a surprise cameo as an elusive hooded figure who seemingly has her eyes on Mando and The Child. It’s unclear who this hooded figure is, but it looks like Banks’ character could shake up the dynamic father-creature duo.

Favreau confirmed in June that Season 2 would very much be a continuation of the first season, which set up some interesting possibilities. Mando and The Child were able to escape the grips of villain Moff Gideon (Giancarlo Esposito) and jet off in search of the creature’s home planet, but it’s clear the villain is still determined to get his hands on The Child. All Season 2 possibilities aside, the most significant takeaway from the new trailer is this: Baby Yoda is still so stinkin' cute.