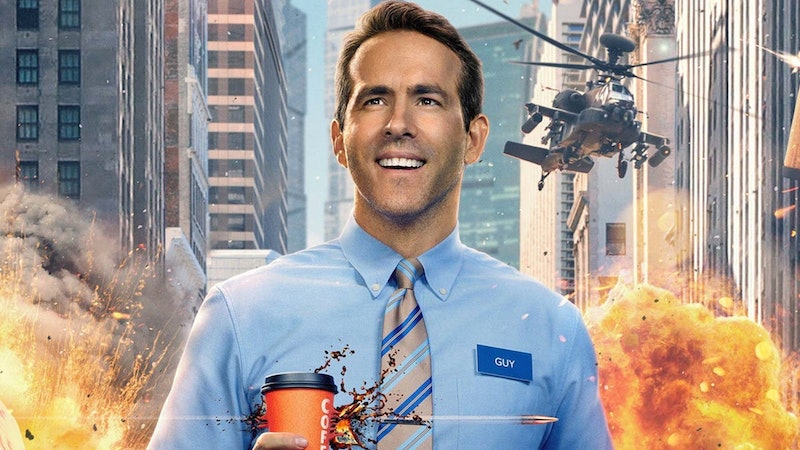 If you don’t have any grand plans for how you’ll be spending the new year, you are now officially off the hook. With over 13,000 titles available to stream (no, that is not a typo), snuggling up on the couch to watch movies and shows on Disney+ has truly never been a better option. Disney+ has plenty in store for its subscribers in 2022, and if you don’t already have access to the streaming platform, there has never been a better time to subscribe than now.

With movies and shows from Disney, Pixar, Marvel, Star Wars, National Geographic, and more, there’s no denying that Disney+ is already a goldmine. But perhaps the most exciting thing about the streaming platform is that it’s constantly adding new content, including a few blockbuster films that Disney+ is planning to release for at-home streaming in 2022. For example, Free Guy and Eternals will both be available before you know it, even though it feels like they literally just came out in theaters.

On January 12, dive into the Marvel Cinematic Universe with the newest team of heroes by watching Eternals from the comfort of your own home on Disney+. The only thing better than having complete control of your snack game is this film’s majorly impressive ensemble cast, with Gemma Chan, Richard Madden, Kumail Nanjiani, Lia McHugh, Brian Tyree Henry, Lauren Ridloff, Barry Keoghan, Don Lee, Kit Harington, Salma Hayek, and Angelina Jolie.

Just a few weeks later, on February 23, you’ll be able to stream the epic adventure-comedy Free Guy whenever you want. As long as you have a Disney+ subscription, you can spend two hours laughing with Ryan Reynolds, Jodie Comer, Lil Rel Howery, Joe Keery, Utkarsh Ambudkar and Taika Waititi. You should probably add a little reminder in your calendar now.

For a special look at what else Disney+ has to offer in the new year, take a peek at the video, below. From Hocus Pocus 2 to The Proud Family: Louder and Prouder, there’s plenty to look forward to.

More like this
12 Years Ago, Austin Butler Manifested His Oscar Nom In This Disney Movie Scene
By Jake Viswanath
How Andrea Riseborough Got Nominated — & Almost Disqualified For An Oscar
By Jake Viswanath
Austin Butler Recalls Lisa Marie Presley Showing Him Elvis’ Bedroom
By Jake Viswanath
Pamela Anderson’s Dating & Marriage History Could Be Its Own TV Series
By Jake Viswanath
Get Even More From Bustle — Sign Up For The Newsletter
From hair trends to relationship advice, our daily newsletter has everything you need to sound like a person who’s on TikTok, even if you aren’t.