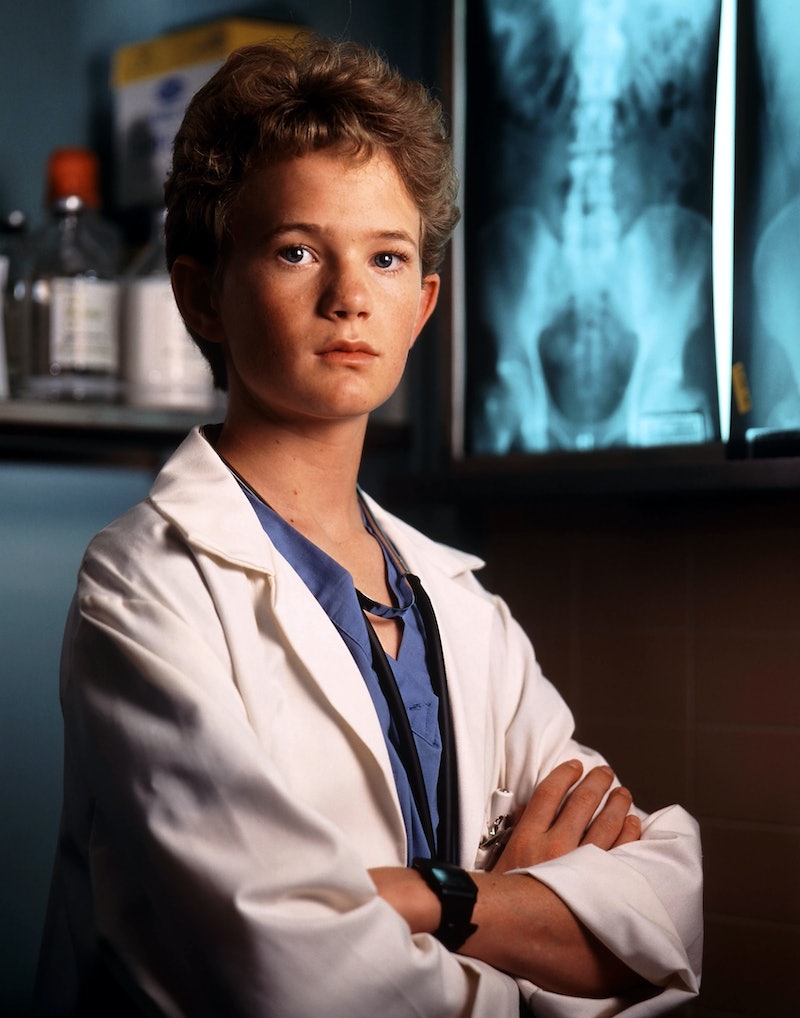 A new M.D. is coming to your TV screens — and no, it's not just another new character on Grey's Anatomy. Disney+'s Doogie Howser, M.D. reboot is officially happening, as announced on Thursday, Sept. 10. And it's going to bring a whole new perspective thanks to one significant change from the original series.

The upcoming Doogie Kameāloha, M.D., will be a female-led reboot of the classic show, which ran on ABC for four seasons from 1989 to 1993. According to a press release obtained by Bustle, the 10-episode reimagining focuses on Lahela “Doogie” Kameāloha, a 16-year-old Hawaiian girl who's juggling the usual school drama — and a burgeoning medical career, guided by her mother, who serves as Doogie's supervisor at the hospital, and her "Local Boy" father, who's having trouble with letting his little girl go.

Kourtney Kang is attached to write and executive produce the project, while Dayna and Jesse Bochco, the wife and son of the late Steven Bochco, who co-created the original show, will also serve as executive producers. Rumors of the new show first spread back in April 2020, and no casting or directing news has been confirmed as of yet, including whether Neil Patrick Harris, who famously starred as Doogie Howser, will return for the reboot. But given how surprised Harris was when he was reminded of the show's 30th anniversary in an interview with USA Today, it doesn't seem like he has any current plans to revisit his breakout role.

"Is that right? 30 years? Wow, no – as you can hear by my stunned reaction, I haven't given it much thought at all," Harris said in September of 2019, adding that the show made him "feel like I've lived a whole lot of chapters." However, he went on to say that he looks back on the show "with fondness" and gratitude for having that opportunity at such a young age. "That was a very remarkably wonderful chapter for somebody who had never really been in the entertainment business before," he explained.

Doogie Kameāloha, M.D. is set to stream on Disney+ sometime in 2021, but if you can't wait until then to see a doctor, just stay calm. All four seasons of Doogie Howser, M.D. are currently streaming on Hulu, meaning you can catch up until the reboot premieres.