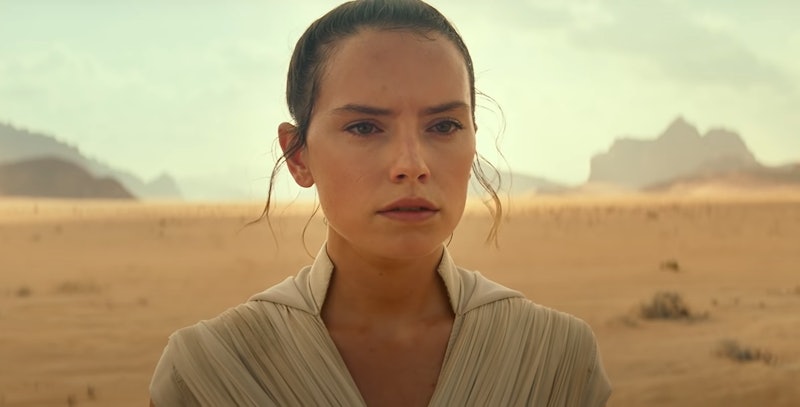 It's a Life Day miracle! On Thursday, Aug. 13, Disney+ announced the Lego Star Wars Holiday Special will debut Nov. 17 on the streaming service. The 45-minute special will pick up shortly after the end of Star Wars: Rise of the Skywalker, and follow Rey and her friends on a new adventure. The Lego-fied holiday outing may not be the continuation to the Skywalker saga that fans imagined, but a little Star Wars good cheer just might be exactly what the world needs as 2020 winds down.

Like the infamous 1978 Star Wars Holiday Special (which Variety noted premiered on the same date), the Lego Star Wars Holiday Special will be partially a celebration of Life Day, a Christmas-like holiday that takes place on Chewbacca's home planet of Kashyyyk. The official synopsis reveals that Finn, Poe, Rose, and Chewbacca will be preparing for the holiday, while Rey and BB-8 continue to investigate the Force.

Rey's investigation will launch her and BB-8 on an adventure through time that will include encounters with everyone from Yoda to Darth Vader. "At a mysterious Jedi Temple, she [Rey] is hurled into a cross-timeline adventure through beloved moments in Star Wars cinematic history, coming into contact with Luke Skywalker, Darth Vader, Yoda, Obi-Wan and other iconic heroes and villains from all nine Skywalker saga films," the official press release reads. "But will she make it back in time for the Life Day feast and learn the true meaning of holiday spirit?"

The Lego Star Wars Holiday Special will be irreverent and self-aware, like the rest of the Lego specials, and it's clear from the release date that the new holiday tale will acknowledge the 1978 flop that came before it. The Star Wars Holiday Special was so poorly received that it's never been released on DVD or any streaming site. That's an impressive feat since it had major star power behind it: Mark Hamill, Harrison Ford, and Carrie Fisher all participated in the Life Day fun.

Disney+ hasn't announced the voice cast for the Lego Star Wars Holiday Special just yet, so it's unclear whether or not Daisy Ridley, John Boyega, Oscar Isaac, or Kelly Marie Tran will reprise their roles for the holiday spectacular, as their predecessors did. What has been revealed is that Lego Poe will be wearing a Life Day sweater that looks like it has BB-8 on it, which already makes this Stars Wars holiday outing more memorable than the first one. Happy Life Day, one and all.