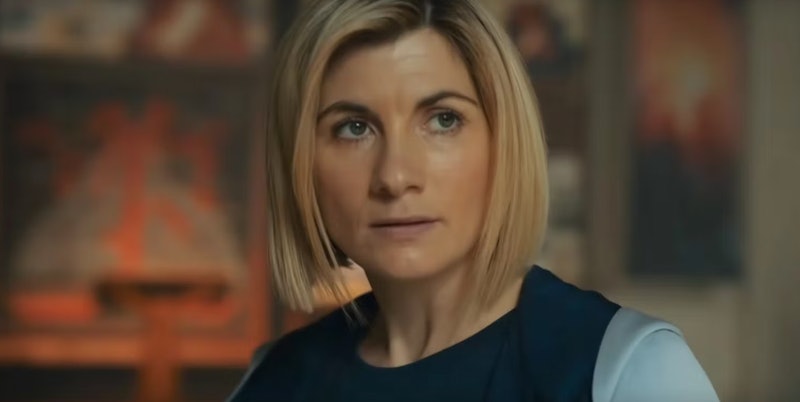 Joining the Doctor Who franchise in 2017 and becoming the first-ever female to play the role, Jodie Whittaker well and truly put her own stamp on the Time Lord. Whittaker is leaving Doctor Who at the end of this year, alongside show runner Chris Chibnall. In news that has delighted fans, Sex Education’s Ncuti Gatwa has been cast as the new Doctor Who. But this isn’t the last we’ll hear from Whittaker when it comes to the beloved fantastical universe.

The BBC has given us a whole new Doctor Who series, in the form of a 10-part drama for BBC Sounds, titled Doctor Who: Redacted. The audio series centres on three university dropouts: Cleo Proctor (Charlie Craggs), Shawna Thompson (Holly Quin-Ankrah), and Abby McPhail (Lois Chimimba), who host conspiracy podcast “The Blue Box Files,” and wind up in an alien adventure of their own.

Written by Juno Dawson, the series sees our three protagonists come to the realisation that everyone who has ever been in contact with the Doctor is being forgotten. Due to the lack of success of the Blue Box Files, Cleo, Shawna, and Abby are the last to be erased and, ironically, become the world’s only hope.

And fans will be delighted to hear that Whittaker features in the audio series as Doctor Who. Of revisiting the iconic character after wrapping up filming for the televised series, the actor told the BBC: “It was absolutely brilliant, I loved meeting Charlie and Juno: their energy is ace, the writing is brilliant.”

She added: “It was wonderful to be a part of, and great for me to revisit the character, having not really done anything apart from ADR [Automated Dialogue Replacement] since October. I think for Doctor Who fans, they’ll really love the adventure. It’s ace.”

Doctor Who: Redacted is now available to listen and download on BBC Sounds, with new episodes released weekly.