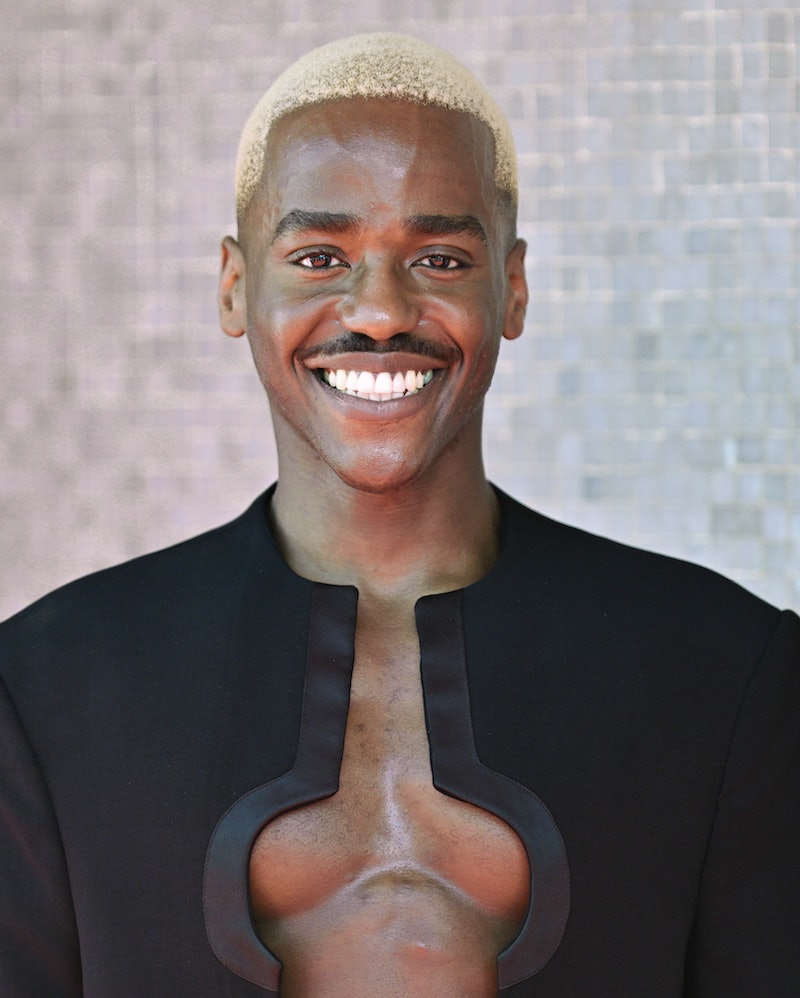 Doctor Who fans have known star Jodie Whittaker would be leaving in 2022 for nearly a year, leaving plenty of time for them to speculate about her replacement. Even so, the reveal of the new Doctor on May 8 came as a surprise. Sex Education’s Ncuti Gatwa is taking up the mantle, and many fans on Twitter are both shocked and thrilled.

Gatwa, who stars in Netflix’s acclaimed comedy-drama series Sex Education, is a historic choice to play the Time Lord. The Rwandan Scottish actor will be the first Black man to fill the role. His casting makes him the 14th person to become the Doctor, and according to showrunner Russell T. Davies, Gatwa quickly proved he was up to the job.

“Ncuti dazzled us, seized hold of the Doctor and owned those TARDIS keys in seconds,” Davies said in the BBC’s press release. “It’s an honour to work with him, and a hoot, I can’t wait to get started.”

Meanwhile, Gatwa highlighted the enormity of taking on such an iconic role and copped to feeling “a little bit scared” in addition to honored and excited. “This role and show means so much to so many around the world, including myself, and each one of my incredibly talented predecessors has handled that unique responsibility and privilege with the utmost care,” he said. “I will endeavour my utmost to do the same.”

Many fans on Twitter were just as enthusiastic about Gatwa’s casting. For those who know him as the hilarious and lovable Eric on Sex Education, it doesn’t matter whether or not they’re regular Doctor Who watchers — they just want more. “I could care less for Doctor Who cuz I’ve never watched it but Ncuti Gatwa is phenomenally talented,” one fan tweeted. “He is my favorite part of Sex Education. This is a huge win for him and everybody. I might actually check out #DoctorWho!”

The magnitude of Gatwa earning the role of the Doctor is not lost on fans. Numerous tweets celebrated him for becoming the show’s first Black male lead, and one joked that it’s “monumental because we finally have our hottest doctor.” Another applauded Davies and the show for having “continued to champion diversity and inclusion.”

Bringing In Old And New Fans

With Gatwa joining Doctor Who, a lot of fans can’t wait to see how the show changes. The announcement brought out those who now plan to start watching the show for the first time and still others who want to return to the fandom after having stopped watching. “If you guys see me watching doctor who again after 8 years…mind your business!” one former (and now current?) fan tweeted.

The majority of comments appeared to be extremely positive, but unfortunately there were still some people claiming the show is trying to be too “woke” by not continuously choosing straight white men to play the Time Lord. To that, other fans had answers. “Just to be clear: there is nothing about that character that must be white, or male, or anything at all really,” one person tweeted in part.

For now, Whittaker is still the Doctor, and Gatwa will officially take over in what Davies promises will be a “spectacular” 2023.