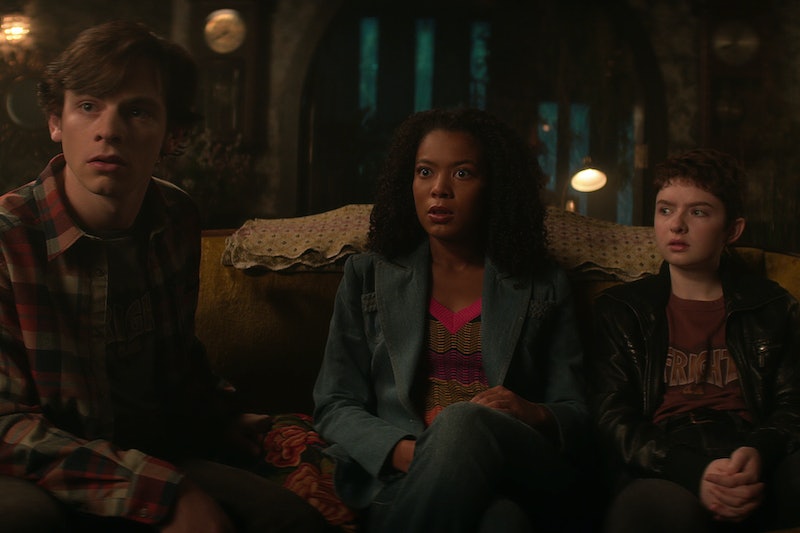 Spoilers ahead for The Chilling Adventures of Sabrina series finale. Chilling Adventures of Sabrina may start with two Sabrinas, but it ends with both of them dead. The two narrowly escape death throughout the show's fourth and final season as they face a series of dangerous Eldritch Terrors, even almost merging back into one when an angel warns that the existence of two Sabrinas has thrown the cosmos into chaos.

At the last minute, Ambrose realizes that they could easily both be killed in the process. So the decision is made to send Sabrina Morningstar into a parallel universe to try and restore order. While there, she contends with the final and most deadly Eldritch Terror, The Void. And though she ultimately manages to escape and return to the mortal realm, the journey proves too much for her, and she dies in the arms of Sabrina Spellman.

Determined to protect her remaining friends and family, Spellman enters The Void and tries to trap it. Her plan seems to be working successfully, but her aunts — worried that she might die — prematurely pull her soul back to the mortal realm. In doing so, they inadvertently pull a piece of the Void with her. When they put Spellman's soul into Morningstar's body (because they were unable to retrieve Spellman's physical self), she starts to become The Void, making things and people disappear. In the end, Sabrina concludes that the only way to fix things is for her aunts to cut her open and drain The Void out.

Sabrina promises that she can control the situation enough to survive, but she's unable to, ultimately sacrificing herself to save her loved ones. In the final moments of the series, we see her in The Sweet Hereafter with Nick, who — in a polarizing choice for the show — drowned himself in the Sea of Sorrow to be with her. Sabrina's physical body may no longer be in the mortal realm, but as Zelda says when she buries her niece, "There is no death for witches. Only transformation." And hey, there's always the chance that she'll live again on Riverdale.