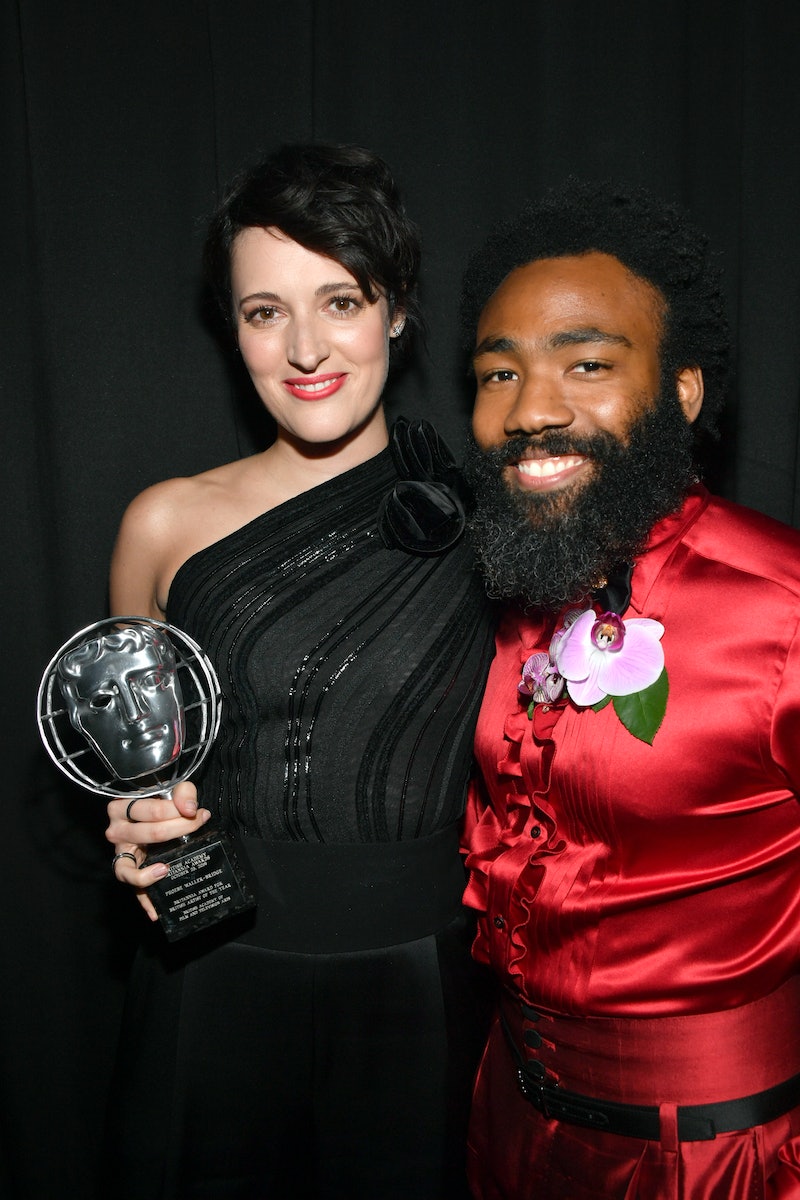 Two Solo stars are joining forces for a reboot. Donald Glover and Phoebe Waller-Bridge have a Mr. & Mrs. Smith series in the works that will offer their reimagining of the 2005 action-comedy that famously brought together Brad Pitt and Angelina Jolie. After they revealed the upcoming series via Glover’s Instagram stories on Friday, Feb. 12, a lot of fans had feelings they had to express on Twitter.

The reboot, which is slated to premiere in 2022 on Amazon Prime Video, is a co-creation of Glover, Waller-Bridge, and Francesca Sloane, Glover’s Atlanta collaborator, produced by New Regency and Amazon Studios. The Instagram reveal didn’t include plot details, but if the series follows the movie, Glover and Waller-Bridge will star as a married couple that only discovers they’re both assassins when they’re assigned each other as targets. Based on the lighthearted series of stories, comedy will be a big factor.

The video Glover posted shows him starting the camera, and then stepping back to dance (the floss, of course). Next, we see Waller-Bridge, who removes her glasses and then also moves back. Once she’s far enough away from the camera, she leans in the doorway, striking a pose à la Jolie as the original Mrs. Smith on the movie poster, while in her pajamas. Concluding the big announcement were all the key details.

On Twitter, many fans could barely contain their excitement, especially those who saw the two actors star in Solo: A Star Wars Story as smuggler Lando Calrissian (Glover) and his droid companion L3-37 (Waller-Bridge). For many, that served as proof that they have all the chemistry needed to take on Mr. & Mrs. Smith.

However, others were already sold just having seen their individual work, which includes their respective series, Atlanta and Fleabag, both of which have won Emmy and Golden Globe awards.

Of course, there were still some naysayers. Plenty of fans felt there was no need for a Mr. & Mrs. Smith reboot, especially considering the film came out in 2005.

Some others simply wanted Glover to focus on his next season of Atlanta — originally due out in 2019 — instead of taking on a new series. (For the record, he’s expected to film both Seasons 3 and 4 in 2021, per Complex.)

Meanwhile, some Twitter users argued that Glover and Waller-Bridge didn’t have the sex appeal and chemistry that made 2005’s Mr. & Mrs. Smith so irresistible.

Those critics were shut down by defenders who maintain that Glover and Waller-Bridge are absolutely ready to step into Pitt and Jolie’s shoes.

For all that there were some complaints, their fans seem ready to stream the series as soon as it debuts in 2022.

More like this
Here’s Everything Coming To & Leaving Netflix In February
By Jake Viswanath
'GoT' Star Emilia Clarke Says She "Just Can't" Watch 'House Of The Dragon'
By Brad Witter
The 'Scream 6' Trailer Shows Off Hayden Panettiere's Return & Ghostface In NYC
By Jack Irvin and Jake Viswanath
Austin Butler Recalls Lisa Marie Presley Showing Him Elvis’ Bedroom
By Jake Viswanath
Get Even More From Bustle — Sign Up For The Newsletter
From hair trends to relationship advice, our daily newsletter has everything you need to sound like a person who’s on TikTok, even if you aren’t.