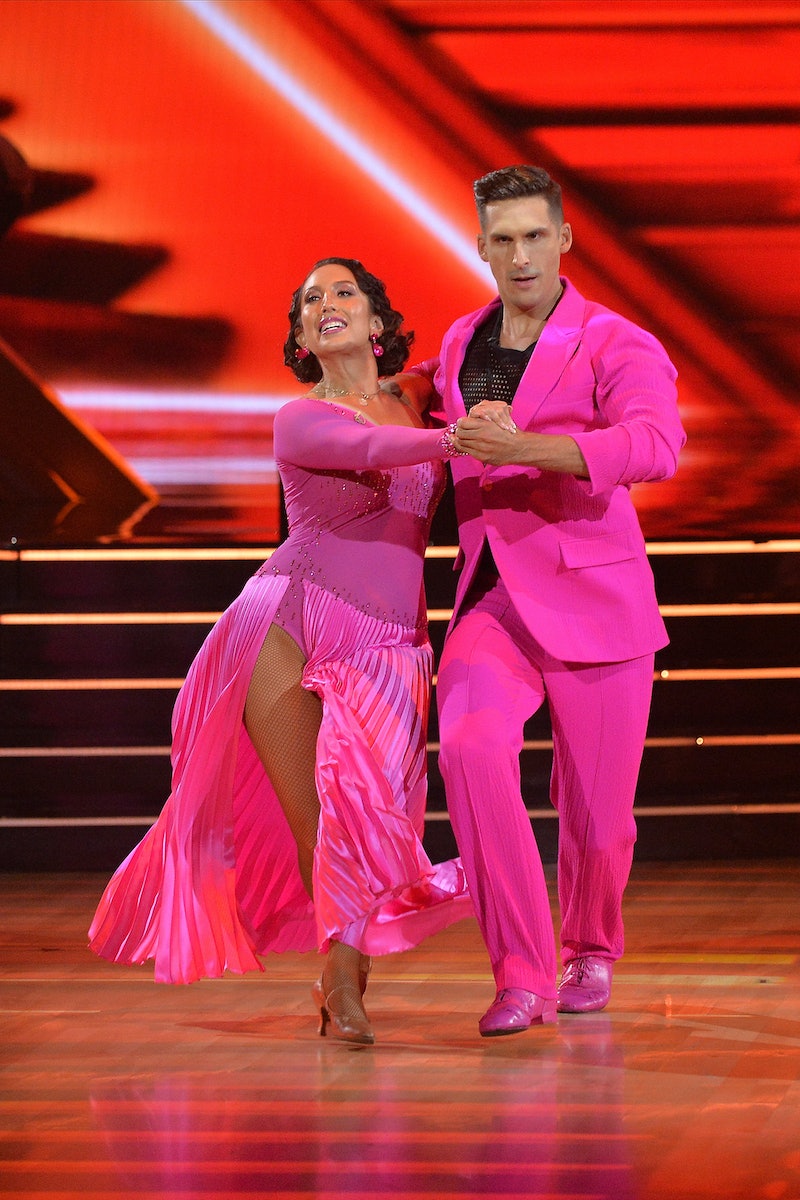 Season 30 of Dancing With the Stars kicked off on the right foot last week, but COVID-19 may ruin one duo’s shot at the mirror ball trophy. On Sunday, Sept. 26, DWTS pro Cheryl Burke revealed on Instagram that she tested positive for coronavirus despite being vaccinated. “OK guys, so I have really bad news,” she said in a three-minute-long video. “I am positive, which means I have COVID.” Before receiving her results, Burke said that she felt “scared” and “run down,” but also upset because she didn’t want to disappoint her partner, Peloton instructor Cody Rigsby.

“It’s 4:07 p.m. here in L.A. and I’ve been feeling progressively worse, but yeah, the PCR test came back and it came back positive and I just feel so bad,” Burke continued. “I feel so bad for Cody. I feel like I’m letting him down. I just feel like sh*t to be quite honest and it’s so overwhelming because it’s Sunday and the show’s tomorrow.” So far, Dancing With the Stars hasn’t addressed Burke’s diagnosis, but the choreographer said she’s been ordered to quarantine.

“For those of you who don’t think COVID is a real thing, it’s f*cking real, dude. So I have to quarantine for 10 days,” Burke added, telling her she hopes she “didn’t spread” the virus to anyone unknowingly. The dancer also told her followers that she felt it was important to let them know immediately since she has always used her platform to be “open and real and vulnerable” about the things going on in her life.

Shortly after posting the clip, several members of the DWTS family wished Burke a speedy recovery. “Cheryl I’m so sorry,” former Bachelorette and Season 29 winner Kaitlyn Bristowe wrote. “I wish I could help in any way.” Dancing pro Peta Murgatroyd, who didn’t return for Season 30 of the dance competition, commented on the post as well. “Oh Cheryl I’m so sorry!!!!” she wrote. Country star Jana Kramer and Ezra Sosa, a new DWTS pro, also sent their well wishes.

So far, Rigsby hasn’t commented on his partner’s diagnosis. However, he has been very vocal about how exciting it’s been to be a part of Season 30’s cast. “The rumors are true: your boy is gonna be on Dancing with the Stars,” the 34-year-old Peloton instructor told his Instagram followers when the cast was first announced. “I’m so excited to do this season, but most importantly, I just met Mel C, Sporty Spice.”

In an interview with Parade, Rigsby admitted that he went into his first rehearsals feeling cocky, but was humbled “very quickly.” And after telling the magazine that he “loves a challenge,” the former dancer said that the support from fans has been so incredible. “So many people’s comments are like, ‘I never watch Dancing with the Stars, so I’m definitely going to tune in.’ Or, ‘I’m tuning in every week. We’re having watch parties,’” he said. “So I think that the Blue Crew, the Peloton Fam, is going to come through and we are going to snatch that Mirror Ball trophy.”

Dancing With the Stars airs on Mondays at 8 p.m. on ABC.

More like this
'Bachelorette' Vet Clare Crawley Unveiled 2 Special Wedding Day Accessories
By Stephanie Topacio Long
Paris Hilton & Carter Reum’s Relationship Timeline Includes A Surprise Baby Boy
By Bustle Editors
Hannah Ann Got Engaged 3 Years After 'The Bachelor' & The Proposal Was Dreamy
By Grace Wehniainen
Khloé Kardashian Writes Touching Instagram Tribute To Tristan Thompson’s Mother
By Alyssa Lapid
Get Even More From Bustle — Sign Up For The Newsletter
From hair trends to relationship advice, our daily newsletter has everything you need to sound like a person who’s on TikTok, even if you aren’t.