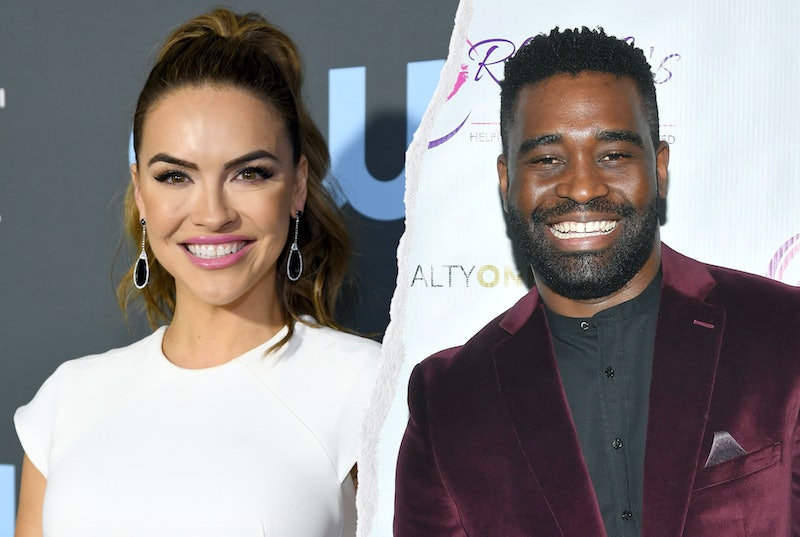 They may not have been partners on Dancing With the Stars, but it seems like Chrishell Stause and Keo Motsepe have danced their way into each other's hearts. A year after her headline-making divorce, the Selling Sunset star and Motsepe are reportedly dating. According to Entertainment Tonight, the pair was set up by Stause's DWTS partner, Gleb Savchenko, and has been together for several weeks now.

"Keo and Gleb [Savchenko] are best friends," a source close to the couple said. "Chrishell and Keo are both awesome and felt like, 'I'm single, you're single. Let's try this.'" A second source told the outlet that they "haven't been shy" about showing PDA around their friends and DWTS cast members, all of whom are supportive of their relationship. "Everyone has been so supportive of their relationship," they told ET. "Things have been heating up and they're very into each other, but it's not super serious."

Stause and Motsepe also haven't been shy about showing PDA on social media, making their romance Instagram official with a series of flirty posts on Dec. 2. In addition to a video of them working out together, Stause shared a picture on her Instagram Story of Motsepe kissing her on the cheek, which the pro also shared on his feed. Though he captioned the photo with just a single heart emoji, Motsepe wrote "I will always make you smile" on his Story alongside a video of the couple goofing around.

Savchenko shared his support for the new couple in a comment on Motsepe's post, which included plenty of heart emojis. "Love you guys!!!" he wrote. Stause's fellow DWTS contestant Nev Shulman also chimed in, writing, "THIS. IS. SO. CUTE." Several of Motsepe's fellow pros — including Emma Slater, Alan Bersten, and Cheryl Burke — also celebrated the new couple and wished them well in the comments.

In November 2019, People reported that Stause's husband, This is Us star Justin Hartley filed for divorce after two years of marriage. While a source told the outlet that the couple had "been having trouble for a while," Stause said on Selling Sunset that she was "blindsided" by the split only learned about it 45 minutes before the news broke. Hartley has been dating his formerThe Young and the Restless co-star Sofia Pernas since May, while Stause recently refuted rumors that she was romantically involved with Savchenko following his split from wife Elena Samodanova.

"I feel like it really is annoying because it's one of those things where, you know, unfortunately, the timing of what he's going through personally, people want to make it into something it's not," Stause told E!'s Daily Pop in October. "So we're just friends." Still, she admitted that she knew where the rumors came from. "I get it. I've been on soaps. You have to have that kind of stuff sometimes when you're on the dance floor. People misinterpret that."

Despite all of her recent romantic struggles, Stause has long been optimistic that she would find love again, even telling People in September that she was finally ready to start dating after her divorce. "I’m a hopeless romantic, so I think it can still happen," she told the outlet. "It's 2020, maybe you could meet your person through an Instagram DM. I don't know. Crazier things have happened! I'm very happy, I'm in such a great place and I'm so grateful for everything." Including, it seems, the new man in her life.