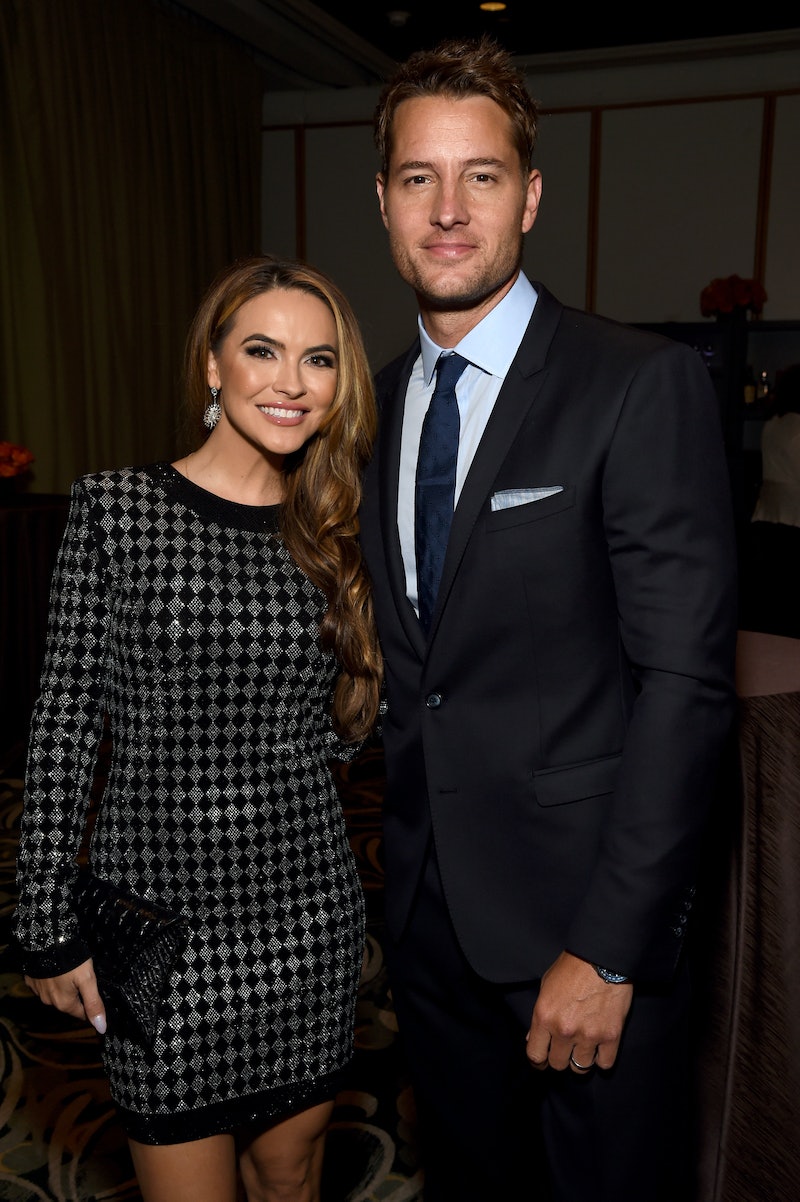 Following two years of marriage, This Is Us star Justin Hartley and Chrishell Stause are divorcing, per court documents obtained by People on Friday, Nov. 22. The magazine further reported that Hartley cited irreconcilable differences as the reason for their divorce, and listed their separation date as July 8. TMZ also cited the court docs as indicating Hartley does not want to pay his ex spousal support or for her lawyer's fees. (The website noted, however, they could have a prenup "that would make spousal support unnecessary.")

Hartley and Stause have not yet commented on the split, but a source close to the couple told People they've "been having trouble for a while." Their recent public appearances, however, gave no indication of marital discord. Despite the July 8 date of separation listed in Hartley's divorce filing, the magazine also noted that the pair attended the Emmy Awards together on Sept. 22, the Veuve Clicquot Polo Match in Los Angeles on Oct. 5, and a pre-Golden Globes party as recently as Nov. 14.

After one of Stause’s Days of Our Lives costars introduced them in 2013, the now-ex-couple wed at Malibu’s Calamigos Ranch in Oct. 2017, with the entire core This Is Us cast in attendance. For his part, Hartley was previously married to fellow soap star Lindsay Korman, with whom he shares 15-year-old daughter Isabella. He and Korman divorced in 2012 after about 8 years of marriage.

People's source claimed that Hartley and Stause are "somewhat fundamentally incompatible," adding that the latter is "ready to just settle down and be a wife and stay-at-home mom." Noting that both of them were hoping to start a family "relatively soon," the insider added that Hartley is focused on capitalizing on the "new level of fame" he's achieved from This Is Us. "That's not the path Chrishell is looking to take," said the source. "She thought babies would happen soon after they got married, but it just hasn’t worked out."

In a May interview with Us Weekly, the Selling Sunset star revealed she and Hartley were thinking of having kids, but just didn't "know when" that might happen. "I have a stepdaughter, so we've got our hands full with high school," she explained at the time.

Others close to Hartley and Stause, however, "are completely shocked by Justin filing for divorce," Entertainment Tonight reported on Nov. 22, also via an unnamed source. This insider claimed that the couple has shown "no signs of things being on the rocks," adding: "Friends are speculating this was an impulse on Justin's side due to something that happened, and are hopeful the couple can work things out."

More like this
Chrishell Stause Claims The PCAs Stopped Her From Bringing Her Partner G Flip
By Jake Viswanath
Chris Moyles’ Partner Supports Him In The Sweetest Way
By Darshita Goyal
Lisa & Lenny Hochstein's Messy Divorce On 'The Real Housewives of Miami,' Explained
By Jake Viswanath
Larsa Pippen Is Reportedly Dating The Son Of A Legendary NBA Player
By Jake Viswanath
Get Even More From Bustle — Sign Up For The Newsletter