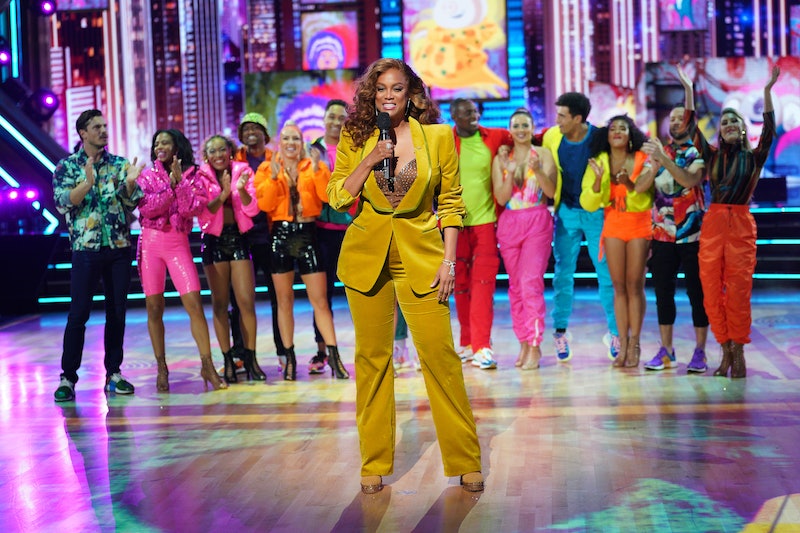 With Iman Shumpert’s win behind us, Dancing with the Stars is looking ahead to Season 31. ABC officially renewed the long-running series for not just one but two more seasons, with the shocking announcement that the network’s most dependable reality series is moving to streaming.

According to The Hollywood Reporter, Seasons 31 and 32 will officially premiere on Disney+ as the streamer’s first-ever live series. Kareem Daniel, chairman of Disney Media and Entertainment Distribution cited “the show’s broad appeal, as well as the overwhelming popularity of its Disney-themed competition nights” as the primary synergistic reasons for shifting the show to streaming. Though, Disney’s decision to simulcast ESPN’s Monday Night Football broadcast on ABC likely played a part in the schedule change.

DWTS has produced more seasons than almost any other unscripted broadcast network show, behind only CBS’ Survivor and The Amazing Race. Though Season 30 did hit an all-time low in viewership numbers, many broadcast shows have experienced dips in rating as streaming options grow. DWTS still drew in more than four million weekly viewers and remains one of ABC’S top-rated programs. “This has been a testing year certainly with the audience numbers and the fan reactions, but day to day there is a stance of carrying on with the show, making the contestants have their best experiences and not worrying about the numbers,” an unnamed insider told The Sun. With the move to streaming, it remains to be seen how the live numbers will fare for Season 31.

READ NEXT: ‘DWTS’ Made History With Its Season 30 Winner

Here’s everything else we know about DWTS Season 31 so far.

Though DWTS used to air two seasons per year, ABC stopped producing the spring installment in 2019. The most recent four seasons aired from around mid-September to late November, so fans can likely expect DWTS Season 31 to premiere in September 2022.

ABC has yet to reveal the cast and probably won’t for several months, as the network typically doesn’t announce which celebrities will be competing until a few weeks before the new season airs. However, several pro dancers have hinted about their futures on the show.

Chmerkovskiy’s wife Jenna Johnson told ET that she’ll “for sure” be back in the ballroom, though she hopes her husband will return too. “I hope it's not [the end]. ... I think that there is a lot more that we haven’t seen from him that I would love to see,” she said. “I’m not done dancing with my hubby on that floor yet.”

Fellow pro Cheryl Burke also said on the Tamron Hall Show in September that she might hang up her dancing shoes. “I’ve come to the point now where I'm 37 years old, and it's like OK, I’m starting to be like, ‘What's the next chapter?’’ she explained, adding that dancing has put such a strain on her body that she has “pounding” arthritis.

And Witney Carson, too, has expressed uncertainty about returning to the series. “I don’t know [about coming back], we’ll have to see. I don’t know what my plan is, like if I’m gonna be pregnant,” Carson, who welcomed son Leo in January, said on Burke’s Pretty Messed Up podcast. “Right now, I feel like I could have another one [right away] because Leo is so easy. He’s so fun right now, he’s just really fun, he’s at such a fun age. But I’m worried for when he turns 2. I’ve heard that’s terrible. I might not be ready for [another one] quite yet.”

More like this
Everything To Know About 'Selling The OC' Season 2
By Brad Witter
Andy Cohen Apologized To Larsa Pippen After A 'RHOM' Season 5 Reunion Dust-Up
By Brad Witter
Everything To Know About 'The Real Housewives Ultimate Girls Trip' Season 4
By Jake Viswanath
'Bling Empire: New York’ Star Tina Leung Has A Superhero Alter-Ego
By Alyssa Lapid
Get Even More From Bustle — Sign Up For The Newsletter
From hair trends to relationship advice, our daily newsletter has everything you need to sound like a person who’s on TikTok, even if you aren’t.

This article was originally published on November 22, 2021