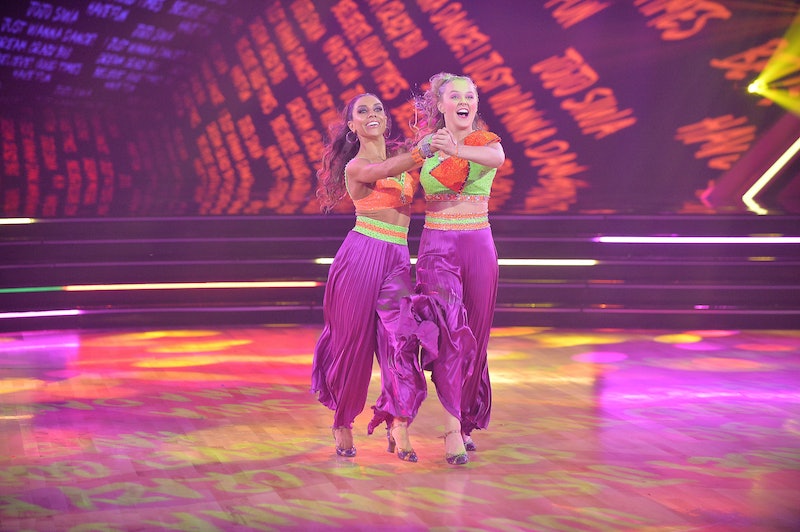 Not only did teen sensation JoJo Siwa break ground on Dancing with the Stars, she also walked away with the highest score of Season 30’s premiere night on Sept. 20. Siwa and her pro partner Jenna Johnson performed the show’s first ever same-sex dance, and the judges were in complete awe of their history-making routine (and Siwa’s girlfriend Kylie Prew likely was too).

In a video before their quickstep routine, 18-year-old Siwa was elated to find out that So You Think You Can Dance alum Johnson would be her partner for the season, not only ensuring groundbreaking LGBTQ+ representation on the dance floor, but also that Siwa would be challenged like she never has before. “This is a whole new ball game for me,” Siwa admitted. “I’ve never done anything ballroom before. It’s a learning experience that I’m more than ready for.”

Before she was a YouTube and Nickelodeon star, Siwa was a professionally trained dancer featured on Dance Moms, so it’s no surprise that she impressed the judges on her first try. Even a quick fall from Johnson wasn’t enough to derail their lead, with the duo earning a 29 out of 40 thanks to their fun routine and impressive recovery. Abby Lee Miller would be so proud.

Siwa may be in the lead now, but she should watch out for Olympic gold medalist Suni Lee, who was announced as one of the season’s first contestants alongside the Dance Moms alum back in August. The U.S. Gymnastics team champion performed an electric jive routine with partner Sasha Farber that displayed her athletic prowess, with sharp high-kicks and a jaw-dropping split, earning them a score of 28 out of 40. Olympian DWTS contestants always think they can’t dance, as Suni said in her pre-dance video. And yet, every year, they do really well.

No one had more spice on the dance floor than Sporty Spice though. Melanie C and partner Gleb Savchenko kicked off premiere night with a cha cha routine to the Spice Girls’ debut single “Wannabe,” celebrating the 25th anniversary of the iconic record-breaking hit, which was released in September 1996. The ended up with the third-highest score, earning a 27 out of 40.