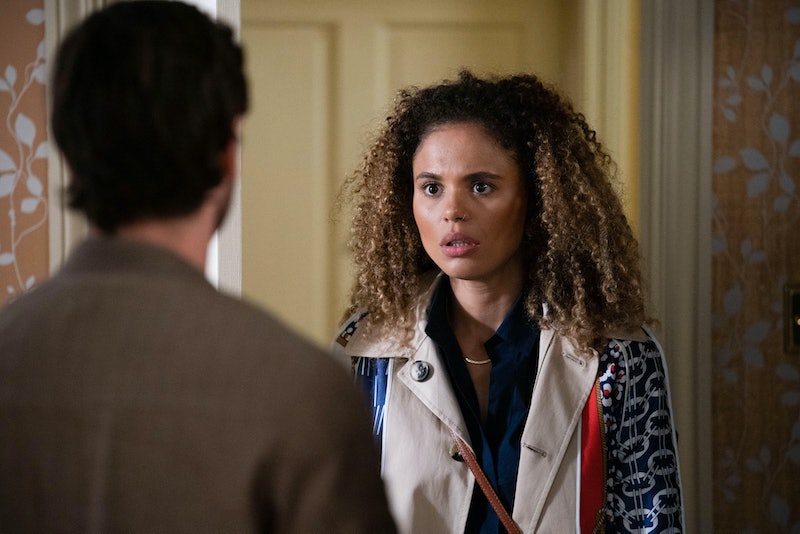 EastEnders’ iconic “duff-duff-duff” has finally returned to TV screens this week. And of course, it would only be right for the London-based soap to come back with a bang. But rather than some “get out of my pub!” action or Jean Slater’s sausage surprise, EastEnders is using the break from filming to bring a critical story about domestic violence in lockdown centre stage.

Fans of the show have been left for a near three months without a visit to the square, but now with COVID-19 lockdown regulations easing up and social distancing in place on set, it’s back, but sadly it also has Chantelle at the centre of a tragic story.

EastEnders is no stranger to using their storylines to highlight real-life social issues. The soap announced that Chantelle (played by Jessica Plumber) whose character has been suffering through domestic violence, will be killed by her on-screen husband Grey (Toby Alexander-Smith). The pair came into the show back in 2019, as a part of the Taylor family, and audiences soon found out their picture-perfect marriage, was actually a physically and mentally abusive one.

In a statement on their Facebook page, the show explained their decision. “EastEnders has worked closely with Women’s Aid and Refuge on the storyline, with the charities consulting closely on scripts.” They continued, “In the first week of July, as lockdown lifted, Refuge saw a 54% rise in women contacting its helpline needing refuge emergency accommodation, when compared with the last week in June.”

During lockdown, almost immediately the rise in domestic violence became a concern. With more time at home, it meant for many, more time being stuck behind closed doors with abusers. As the BBC notes, the United Nations described the worldwide rise in domestic abuse as a “shadow pandemic”.

This week on screen, Chantelle begins putting in the groundwork to leave her husband, by finding a divorce lawyer. But things don't go to plan as the show confirmed that she will die at the end of next week’s episode. In her final week, Chantelle puts further plans into action, attempting to leave the square on a family holiday in order to escape her abuser. But It all comes crashing down when Grey catches on.

While fans of the show will be sad to see Chantelle’s departure, Executive producer Jon Sen reiterates, how Plumber is helping bring a painful but very real story to light. "Jessica's performance is nothing short of extraordinary and even in her final scenes, the audience will be moved by Chantelle's strength. We're very sorry so see Jessica go but hope that her impact on viewers is long-lasting."

If you or someone you love have been affected by any of the issues mentioned in this piece, contact Refuge's UK-wide 24-hour helpline on 0808 2000 247 or contact them online via live chat or message. There is more information available on the Women’s Aid website, too. In an emergency, call the Police on 999 and press 55 when prompted if you can't speak.