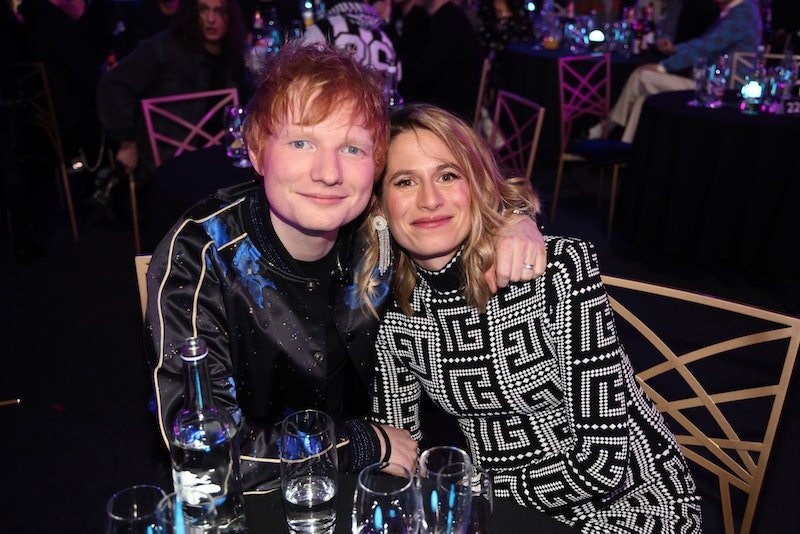 To the surprise of many fans, Ed Sheeran announced the arrival of his new baby girl on Instagram with a pair of newborn socks. The caption read, “Want to let you all know we’ve had another beautiful baby girl. We are both so in love with her, and over the moon to be a family of 4”. Thrilled fans and stars have been leaving congratulatory messages, including heart emojis from Pixie Lott. While Jedward commented, “The most heart warming and awesome family! Congrats legend love to u both always.”

This is Sheeran’s second child with his wife Cherry Seaborn, who was a childhood friend. The happy couple haven’t revealed a name yet though. Seaborn gave birth to their first daughter, Lyra Antarctica, in 2020. His new announcement echoes that of Lyra’s birth too, where he also took to Instagram posting a pair of baby booties.

In 2021, the “Bad Habits” singer explained the inspiration behind Lyra’s name, on The Hits Radio Breakfast Show. “Me and Cherry always wanted to go to Antarctica,” he said at the time. “So we went there and it’s just an amazing place, it’s really special to us, and obviously like we got home and Cherry was pregnant. Yeah it was just something we wanted to have in her name.”

He also spoke about facing fertility issues. “We had tried for a while to have a kid, and we’d started going to doctors and figuring out what was up,” he said, per the Daily Mail. “‘I did think [Lyra’s birth] was a miracle.”

Adding, “A lot of it is mental. It’s about relaxing. So many of my friends have been trying different things like IVF or making sure you’re having sex at the right time on the right day, and then they go to a wedding and get p**sed and relax and they get pregnant.”