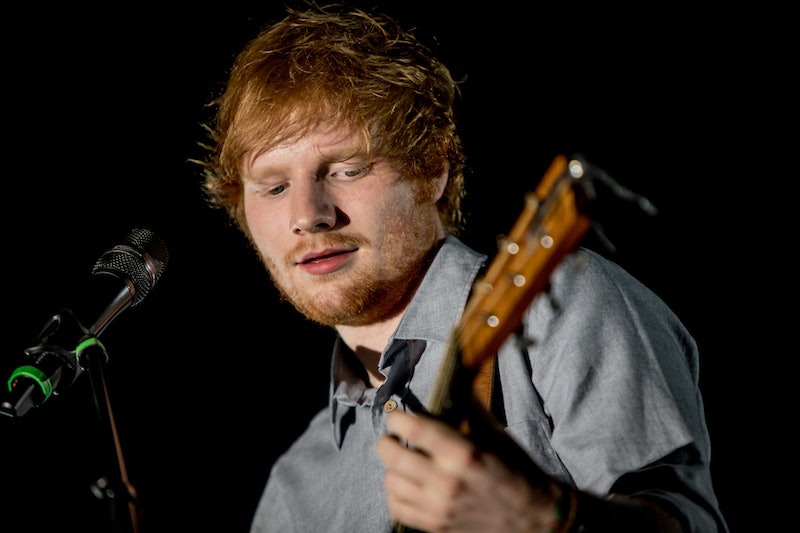 Ed Sheeran is selling personal items at an auction that has been organised by his parents. Proceeds will go towards supporting young people in the star's home county of Suffolk, including redeveloping a playground in Ipswich.

Ed fans will be able to get their hands on a range of super-sweet personal items that the singer has donated, including the following: handwritten lyrics to his hit song Perfect, his childhood Lego, and a £3 ticket to his first ever gig in Framlingham.

The auction has been organised with the help of John and Imogen Sheeran (Ed's parents) to coincide with the end of the Ed Sheeran: Made in Suffolk exhibition. The Sheeran's wanted the exhibition to have a lasting legacy through the charitable auction.

As well as Ed's items, other famous faces have donated some of their own goods to help with the auction, which will be held online. These include David Beckham, Kylie Minogue and Usain Bolt. Notable items include a Rolling Stones gold disc and signed Pink Floyd memorabilia from drummer Nick Mason.

The proceeds from the auction will go towards two causes. The first is charity GeeWizz, which is hoping to redevelop a playground for children with special educational needs and disabilities at the Thomas Wolsey Ormiston Academy in Ipswich. The second is the town's St Elizabeth Hospice, which looks to help people with incurable illnesses live their lives to the fullest.