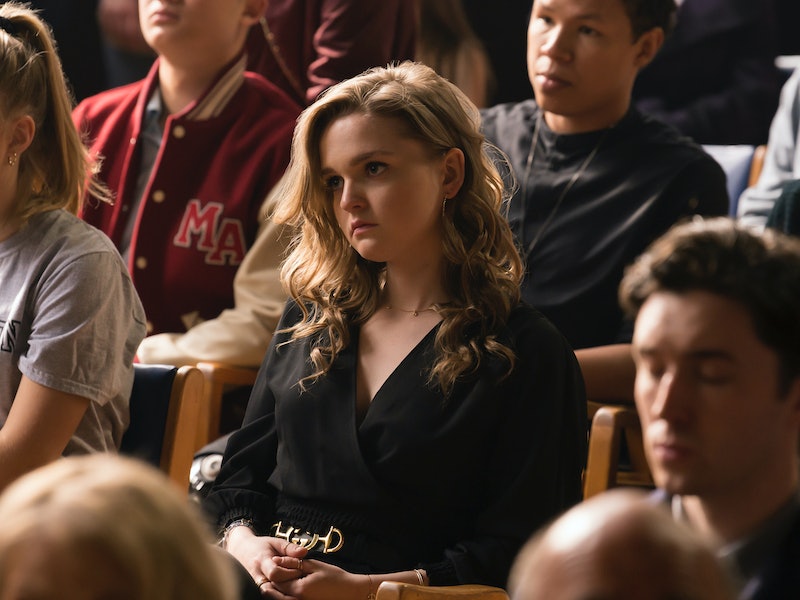 In the final twist of Locke & Key’s first season, it was revealed that the demon Dodge had taken the form of Kinsey’s boyfriend Gabe (and unfortunately, the “Dodge” they sent through the Omega Door was actually Ellie in disguise.) Furthermore, an unnamed creature shot out from the door and took over the body of Kinsey’s rival Eden. Unlike Dodge, this new Eden is not an immortal echo, but they are dangerous — and ravenous too.

While Eden and Gabe are major antagonists in Season 2 of the Netflix show, unlike the Locke kids, they’re not from the Locke & Key comics. Instead, star Hallea Jones, who plays Eden, drew inspiration from characters like Mean Girls’ Regina George and Jennifer in Jennifer’s Body to build out her performance. “It was nice to combine the Jennifer’s Body perspective ... [Megan Fox’s character is] such a great icon for the blood-loving crazy girl thing,” Jones told Nerds of Color.

Unlike Dodge/Gabe, who is trying to fly under the radar to obtain more keys from the Lockes, Eden “doesn’t really care” about masking her true identity but “knows she has to,” Jones explained. “A lot of Season 2 is Eden being [like], ‘I really don’t want to hide [myself],’ but if she exposes she’s a demon, Gabe will not be very pleased about that.”

Jones described this new version of Eden as “unhinged and chaotic.” Though she tries to blend in at school to avoid angering Dodge/Gabe, outside of it she’s “much darker and sexier in ways” than the original Eden, and Jones worked with the show’s costume designer to reflect that in her clothes.

The fact that Eden is not from the comics but has such a large role this season makes it even harder to predict what Dodge’s plan is, particularly for comic book readers who may have thought they could rely on their previous knowledge of the story. However, the show was always meant to diverge from the comics.

“We consulted with [comic writer] Joe [Hill] a lot. There wasn’t a major decision made in Season 1 that we didn’t consult with him about. He’s brimming with great ideas and is the most wonderful collaborator in that he’s always throwing out ideas, but he’s not precious about the material,” co-showrunner Carlton Cuse told The Hollywood Reporter in 2020. “I think he and [comic artist] Gabriel [Rodriguez] both believe that the material they created in the comic exists in its perfect form in the comic, and they’re both very open in their attitude about how the TV show needs to be its own thing.”