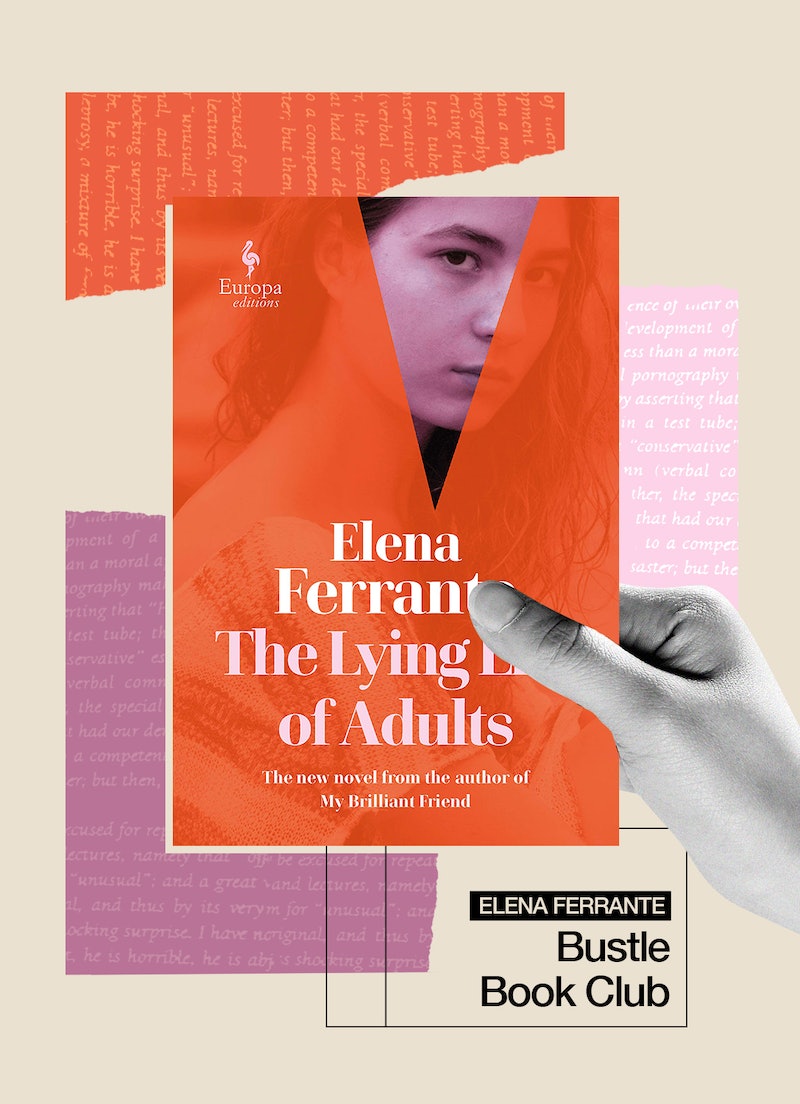 Ann Goldstein was just as excited as the most fervent Ferrante fanatics when she found out that Elena Ferrante was writing her first novel since the Neapolitan quartet concluded in 2015. As Ferrante’s longtime English translator, Goldstein was tipped off that the author might be writing a new work of fiction over five years ago. But the enigmatic figure — ”Elena Ferrante” is a pseudonym, as she’s never revealed herself publicly — writes on her own timeline. “She writes for herself. When she thinks that the book is finished then she will hand it in. If she doesn’t think it’s finished, she will not hand it in,” Goldstein tells Bustle of awaiting the manuscript. “Over those five years [the publishers] thought that she was writing something, but she never finished it. So [when] they told me this was the real thing I was really excited.”

The result of Ferrante’s nearly half a decade of work is The Lying Life of Adults, which tells the story of Giovanna, a young woman who overhears her father saying that she is beginning to look more and more like her mysterious and controversial aunt Vittoria every day. The revelation sets Giovanna off on a quest to meet her aunt, leading her to discover a grittier, more problematic side of her hometown. While many were elated to find out The Lying Life of Adults would transport them back to the cultural milieu of Lenù and Lila’s Naples, Goldstein’s interests were piqued elsewhere. “The differences were more interesting to me than the similarities,” she explains. “It’s a very different [city] from the Naples of the Neapolitan Novels. You are starting off in a very middle class area and there’s a divide between this Naples and the poor working-class Naples [from the] novels.”

The book’s publication marks the 15th anniversary of Ferrante and Goldstein’s creative partnership, during which the two women have grown to become literary giants in their own right. With Ferrante scarcely giving interviews, Goldstein has served as an avatar of sorts for the author, filling in at press events, speaking with the media for stories like this one, and inspiring a fandom all her own. But Goldstein makes the delineation between her and Ferrante clear. “I do not speak for the author. I did not create the characters, I did not write the book,” she says. “I can only really speak about the language [and] my relationship to it.”

Ahead of The Lying Life of Adults’ release, Bustle spoke with Goldstein about the word “Smarginatura,” emailing with Ferrante, and why she can’t quit the New Yorker’s style guide.

I make a really fast, ugly rough draft. I look up the [Italian] words and if something doesn’t make sense, I just let it go. Then I gradually refine it in the second draft. I’ll usually print it out and do one revise on paper, then again on the screen. I’ll often put two or three different choices for a word into the manuscript. Then I just keep going over it, and over it, and over it until it seems right. Because it’s important to get the right [translation for a] word, but it’s also important to get the word that makes sense [in a larger context]. Sometimes I’ll spend 20 minutes, a half an hour, or days trying to come up with the right word.

On the most difficult word she’s ever translated:

The famous word that people talk about [me translating] is “Smarginatura.” [It] means dissolving boundaries or margins disappearing. I researched the word and I read several different derivations, but basically [the word] was having to do with the edges of the pages bleeding off the margins. It was literally like the margins of the page dissolving. So I would just think of all the different combinations. I don’t think I even had “dissolving” [in the translation] in the beginning, I just kept trying different combinations.

I’m reading a book by an Italian writer called Emanuele Trevi, which isn’t translated in English. It’s called L'allegra brigata. I translated one of his books called Something Written. He writes these memoirs with literary criticism all mixed in together. I just read The Bay of Noon by Shirley Hazzard, which is about Naples actually, and it’s a wonderful book.

On abiding by the New Yorker style guide:

I worked at the New Yorker [as the head of the copy department] for many years and we had a list of banned words and phrases there, which is still in my writing brain. I spell words with double letters as the New Yorker does. So "cancelled" or "marvellous", "travelled", things like that. There’s also certain grammatical things that I still mostly do — like the way the New Yorker uses commas or where they use hyphens.

On the most meaningful message she’s ever received from Elena Ferrante:

At some point, I forget if it was after the first or second book, she said that she trusted me. So I just thought that was sufficient.

More like this
What Is A "Hot Girl Book" & Why Is Everyone Talking About Them?
By Samantha Leach
10 Must-Read New Books Out This Week
By K.W. Colyard
Nicola Coughlan Shared A Lady Whistledown Excerpt From ‘Bridgerton’ Season 3
By Grace Wehniainen, Alyssa Lapid and Sam Ramsden
Read The First Pages Of Emma Rosenblum’s Highly Anticipated Debut, 'Bad Summer People'
By Samantha Leach
Get Even More From Bustle — Sign Up For The Newsletter