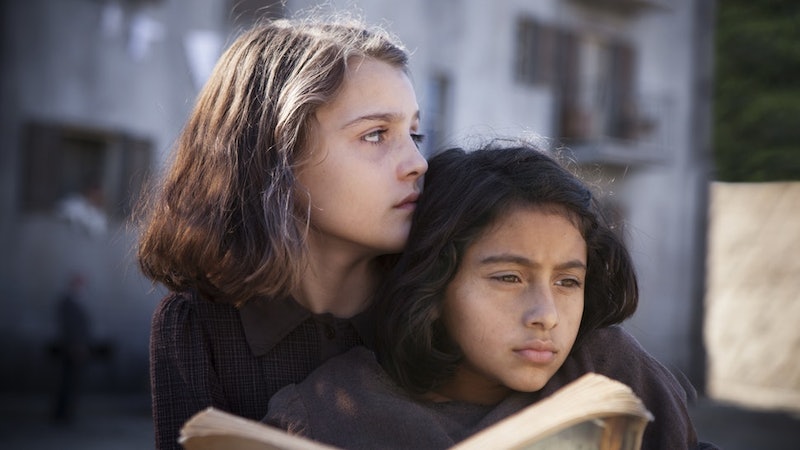 Your book club group chat is about to blow up, because the author of My Brilliant Friend has a new book coming out. Elena Ferrante's new novel is The Lying Life of Adults, and it's coming out in time for your summer reading next year. The novel is out on Nov. 7 in Italy, but English-language readers can pick up Elena Ferrante's new book — written in Italian, and translated by Ann Goldstein, who also brought the Neapolitan Novels to North American shores — on June 9, 2020.

Originally published between 2011 and 2014, the Neapolitan Novels tell the story of Elena and Lila — two friends who grow up poor in 1950s Naples. The final novel in the quartet, The Story of the Lost Child, was nominated for an Italian literary award, the Strega Prize. The Story of the Lost Child landed in English-language bookstores in 2015. The novels were later adapted into an HBO series, with a second season expected to premiere this year.

Elena Ferrante's new novel has nothing whatsoever to do with her Neapolitan Novels, however. The author's first work of book-length fiction to be published in five years, The Lying Life of Adults will tackle questions of identity that may resonate strongly with the famously unidentified writer's fans. The author, who began publishing in 1992, has remained anonymous throughout her career, although there are many theories on Ferrante's identity.

"I slipped away," a passage from The Lying Life of Adults reads, "and am still slipping away, within these lines that are intended to give me a story, while in fact I am nothing, nothing of my own, nothing that has really begun or really been brought to completion: only a tangled knot, and nobody, not even the one who at this moment is writing, knows if it contains the right thread for a story or is merely a snarled confusion of suffering, without redemption."