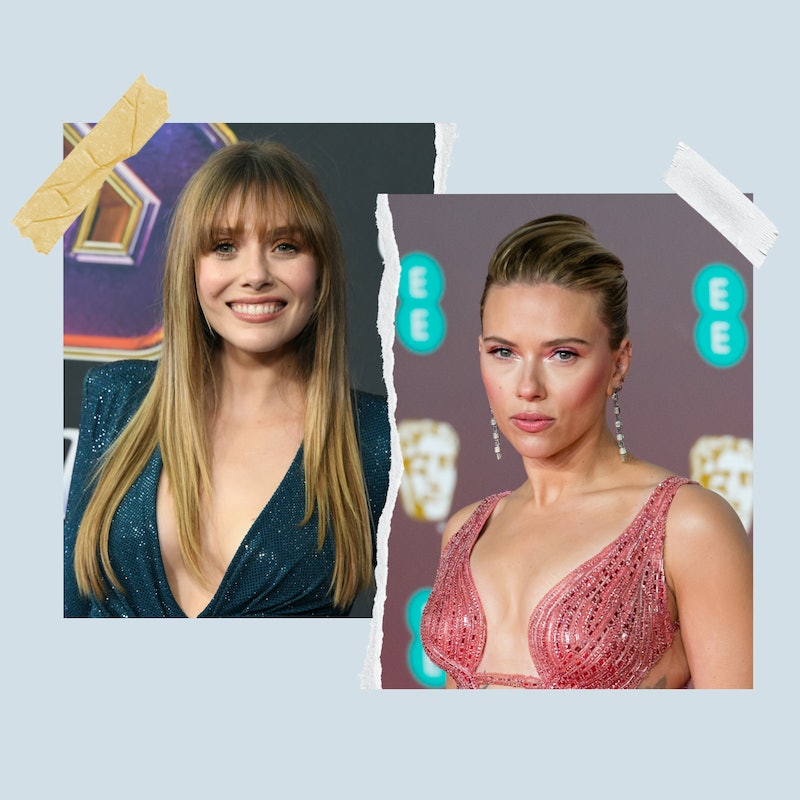 Elizabeth Olsen is defending Scarlett Johansson’s decision to sue Disney. The Black Widow star’s legal reps filed a suit in Los Angeles Superior Court last month, alleging that Disney breached their contract by premiering the Marvel film on Disney+ during its theatrical run. Per WSJ, Johansson’s contract reportedly stated that her salary would be tied to the film’s box office success, which meant that streaming the movie simultaneously would have a substantial impact on her overall earnings.

In a recent conversation with actor Jason Sudeikis for Vanity Fair, Olsen made it clear that she supports her Marvel co-star’s decision to take legal action. “I think she’s so tough,” the WandaVision star said when the Ted Lasso actor asked about the lawsuit. “Literally when I read that I was like, ‘good for you Scarlett.’” Sudeikis agreed, calling Johansson’s decision to sue Disney “appropriately bad-ass and on-brand.”

In July, a Disney spokesperson responded to the lawsuit, telling Deadline that there is “no merit” to Johansson’s filing. “The lawsuit is especially sad and distressing in its callous disregard for the horrific and prolonged global effects of the Covid-19 pandemic,” they added. “Disney has fully complied with Ms. Johansson’s contract and furthermore, the release of Black Widow on Disney+ with Premier Access has significantly enhanced her ability to earn additional compensation on top of the $20M she has received to date.”

According to Digital Spy, Black Widow broke box office records shortly after its release on July 9. The film reportedly made more than $80 million at the US box office as well as another $78 million from another 46 non-US markets. Disney also announced that the film made more than $60 million from people paying for Premier Access on Disney+ around the world. In total, the movie reportedly made at least $218 million in its opening weekend.

Despite the lawsuit, Olsen told Sudeikis that she’s “not worried on Scarlett’s behalf.” “When it comes to actors and their earnings, I mean, that’s just, that’s just all contracts,” she said. “It’s either in the contract or it’s not.” What does concern her, however, is the future of theatrical releases. “I’m worried about small movies getting the opportunity to be seen in theaters,” she said. “That was already a thing pre-COVID. I like going to the movies and I don’t necessarily want to see only an Oscar contender or a blockbuster. I would like to see art films and art house theaters. And so I do worry about that, and people having to keep these theaters alive.”