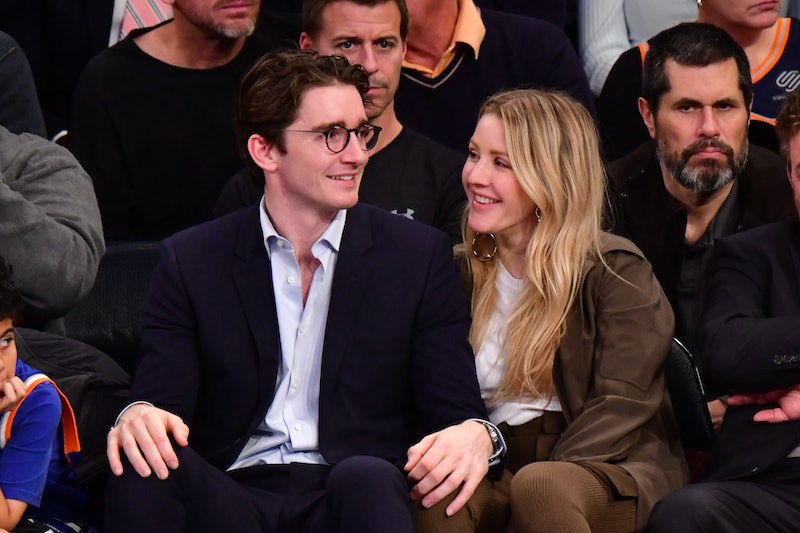 Confirming the news via his Instagram story, Caspar Jopling announced that his wife, singer Ellie Goulding, gave birth to their first child on Sunday (May 2). Goulding, who found out she was expecting in August 2020, initially revealed the news exclusively to Vogue in February.

The “Love Me Like You Do” singer has yet to post about the news on social media, but Jopling gave fans a little insight via his Instagram stories. “Mum and baby both healthy and happy :) Extremely grateful,” he wrote, attached to a snap of a bouquet of flowers (via Digital Spy). “I don’t ever address the public attention that comes with Ellie’s job, but during this magical and personal moment we would really appreciate being able to enjoy our privacy – Thank you x.”

Jopling didn’t reveal the baby’s gender in the post, which is something the couple didn’t want to focus on. “It’s not a focus for me,” Goulding told British Vogue. “We found out by default because we had a scan. [But,] it wasn’t a thing. We just wanted a healthy baby and there wasn’t much more to it. Instinctively, the whole gender reveal is not my thing.”

What is Goulding’s thing is experiencing the transformation to motherhood. “I just never thought of myself as womanly,” she recently told Paper magazine. “I guess I have this kind of facade – or, I tried to be this archetypal, like, pop star. None of my friends ever expected me to have kids, basically. And I understand why they wouldn’t have.”

And don’t expect Goulding to post much about their latest addition to the family, as she wants to avoid her Instagram becoming a “mom blog” as well as over-sharing. While the singer believes people have “good intentions and good hearts” when asked about her personal life, she told Paper that there “is this kind of mad addiction to knowing what’s going on in people’s lives and wanting to pick faults, and certainly in the UK it’s something that needs curbing a bit.”