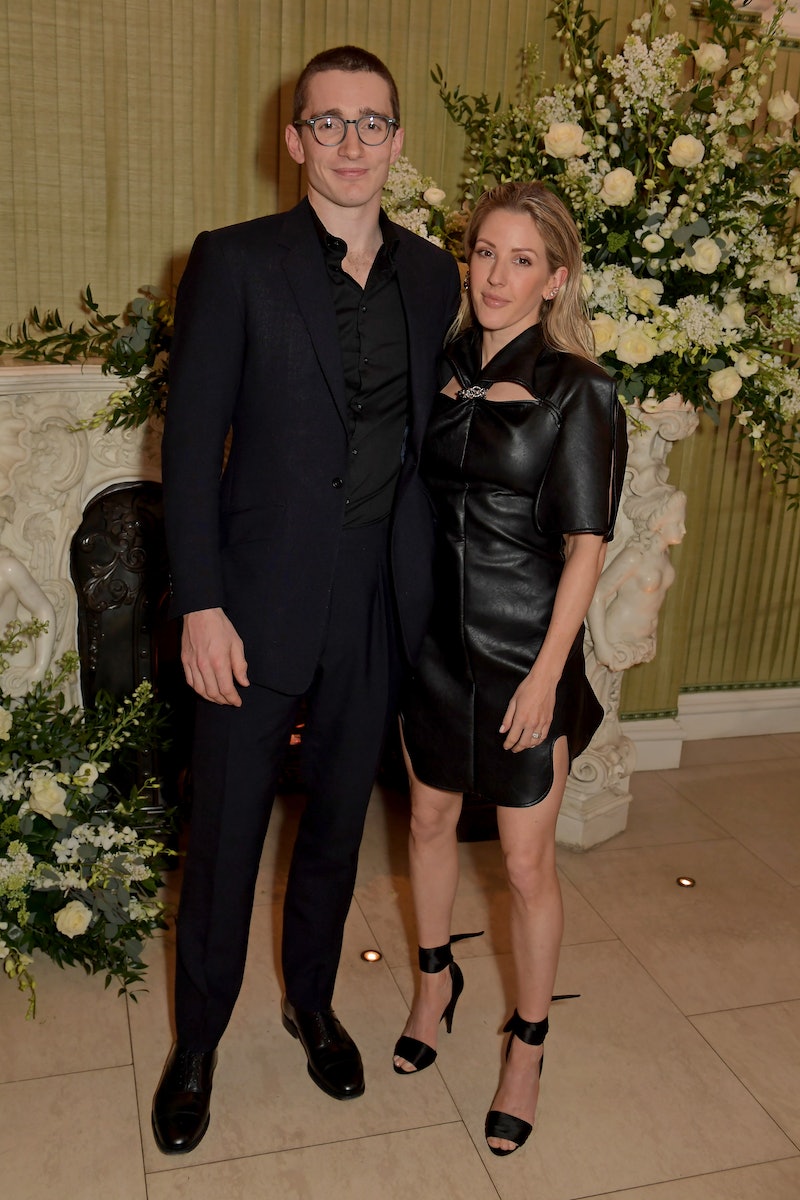 More than a year after the pair married on Aug. 19, 2019, Ellie Goulding and her husband Casper Jopling are expecting their first child. Goulding revealed her pregnancy exclusively to Vogue magazine on Feb. 23, detailing that she's already 30 weeks along. She also noted that the pregnancy was unexpected, and she "had no idea" she was pregnant while performing a show at London's V&A Museum in August 2020.

“That was [around] the time when [Caspar and I] went away briefly when we were allowed to for our one-year anniversary, and that’s basically when we found out. It was crazy," the singer told writer Alexandra Macon. "That was not the plan. The thought of getting pregnant didn’t seem like it could be a reality. Becoming pregnant kind of made me feel human." She continued, "I want a better word than womanly, [but]—I have curves I’ve never had before. I’m enjoying it. My husband’s enjoying it.”

Revealing that she and Jopling already know the baby's sex, Goulding said she has no interest in a gender reveal party. "It's not a focus for me," explained the "Love Me Like You Do" singer. "We just wanted a healthy baby, and there wasn’t much more to it. Instinctively, the whole gender reveal is not my thing.”

She also spoke about her wellness book, Fitter. Calmer. Stronger, set for release in September, and how she's strayed from the health regimen she promotes in it since becoming pregnant. “I actually went from being smug about how healthy my salads were and my breakfasts and eating nuts and seeds, and then all I wanted was McDonald's,” said the 34-year-old musician. “And I was kind of terrified. I suddenly wanted all of the bad things! Whatever this baby did when it took over my body was like, Hell no — I do not want broccoli, spinach, collards! I just wanted sugar and carbs.”

And on a more serious note, Goulding then revealed how being pregnant during a pandemic can feel "particularly lonely," and the toll pregnancy has taken on her body doesn't always help. "The sickness and tiredness was nothing I’d ever experienced before. I feel like it’s a taboo to talk about pregnancy as being challenging. It’s not always serene and like you’re not always glowing," she shared. "I’m not saying that every second of this pregnancy has been miserable. It’s not always going to be easy. [But,] I have a newfound respect for any woman who has children."

More like this
How Ghosts Inspired Kesha's New Music
By Jake Viswanath
Beyoncé’s Special Tribute To Sister Solange Was Both Touching & Hilarious
By Stephanie Topacio Long
Everything To Know About Taylor Swift’s 10th Studio Album, 'Midnights'
By Grace Wehniainen and Jake Viswanath
Lizzo Twerks While Playing James Madison's 200-Year-Old Crystal Flute Onstage
By Radhika Menon
Get Even More From Bustle — Sign Up For The Newsletter