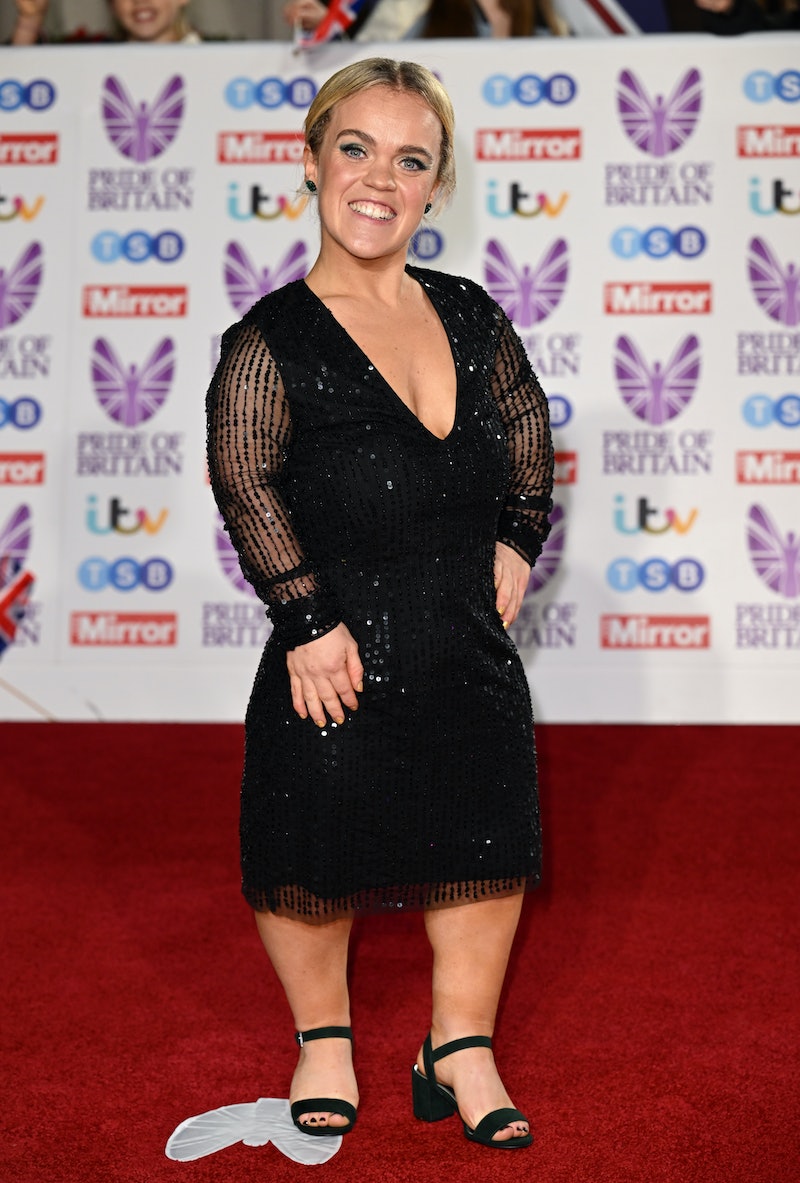 Since retiring from the sporting world in 2021, Paralympic champion Ellie Simmonds has launched a successful TV career for herself. She earned praise for her eye-opening documentary Ellie Simmonds: A World Without Dwarfism?, and has since delighted a whole new audience on this year’s Strictly Come Dancing. The sports personalty is competing for the glitterball trophy alongside pro dancer Nikita Kuzmin. Describing dancing as a “way out of my comfort zone,” Simmonds cited U.S. reality star Terra Jolé’s performance on Dancing With The Stars as inspirational. “I knew seeing her do it that I could do it,” she shared. But when she’s not dazzling viewers with her moves, what is Simmonds’ life like away from the cameras?

Well, as Strictly viewers will likely know, Simmonds is currently dating Matt Dean. During an episode of the show, she pointed him out in the audience, adding he’s currently in charge of the household cooking as she trains for the competition. “He’s making everything, so yeah, he’s an alright cook,” she said. “He needs to add the vegetables. He keeps forgetting the vegetables and is just giving me carbohydrates!” Dean was also the one to encourage Simmonds to do Strictly in the first place. “He was like, ‘Go for it, you don’t know unless you try,’” she told The Sun. “Now I’m so happy I said ‘yes.’”

Simmonds, 27, and Dean currently live together in Cheshire, having recently bought their first house. They’ve been together for a couple of years, until now keeping their relationship out of the public eye, but they have known each other since they were toddlers. A love story for the ages, indeed. They met through Simmonds’ parents, Penny and Arthur Dean, who co-founded the Dwarf Sports Association that the athlete is a patron of. As the youngest of five, Simmonds is close with her family. While there are more than 20 years between them — her eldest siblings are in their 30s, and 40s — they try to do family activities together as often as possible. As for the sibling she’s closest to, that honour goes to sister Kate who, like Ellie, also has achondroplasia: the most common form of dwarfism.

Growing up, Simmonds’ parents were super encouraging. “I’ve always been aware of being shorter, but I felt as if I could do anything,” the athlete told The Guardian. “I don’t remember my mum and dad telling me anything and they certainly didn’t make any special allowances for Katie and me.”

When she has some down time, Simmonds is also known to hang out with her fellow Paralympians, including Eleanor Robinson. Not only are the two close, but Simmonds was Robinson’s leading source of inspiration for wanting to join Team GB. Commenting on an Instagram post that Robinson wrote in honour of the Paralympian following her retirement, Simmonds recalled the “endless laughs” they’d had together at the Paralympics. “Thanks for being a great team mate and also having that honour to watch you smash it and pave the way for all the athletes too,” she said.

More like this
Turns Out George Clooney Is A Huge Fan Of This Classic British Game Show
By El Hunt
Twitter Is Burning As Phoebe Dynevor Reveals Daphne’s 'Bridgerton' Exit
By Sophie McEvoy
Joey Essex Is Rumoured To Be Dating A 'Love Island' Favourite
By Sam Ramsden
'Love Island' Has Added Yet Another Bombshell To The Villa
By Bustle UK
Get The Very Best Of Bustle/UK
Sign up for Bustle UK's twice-weekly newsletter, featuring the latest must-watch TV, moving personal stories, and expert advice on the hottest viral buys.