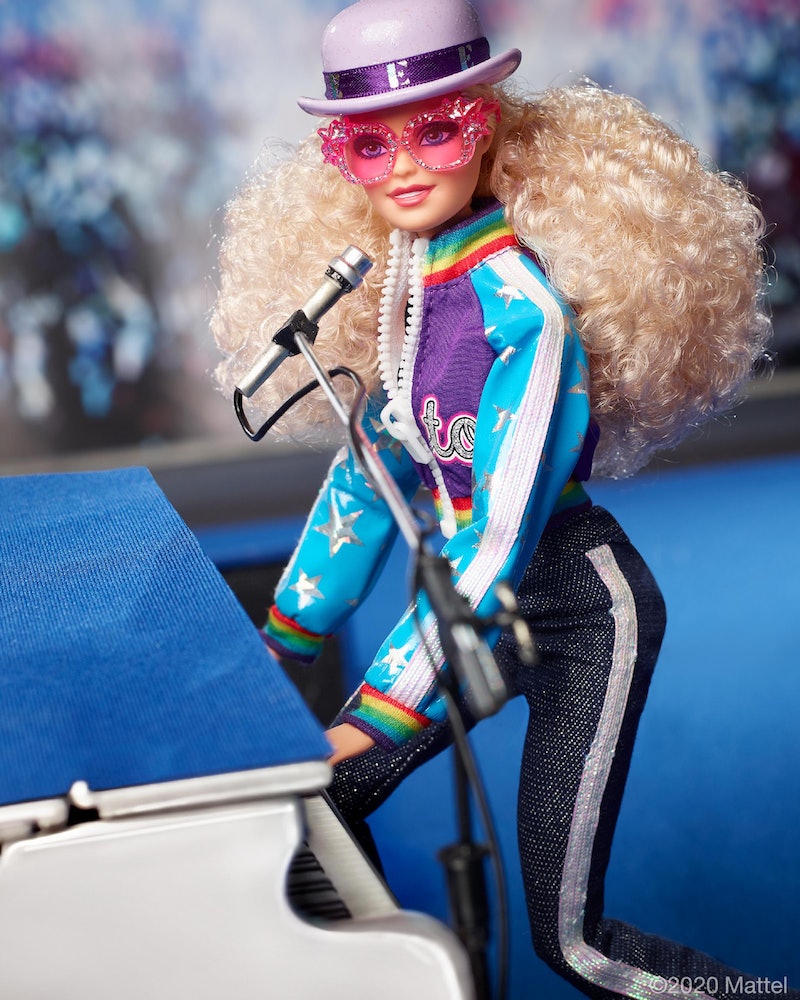 In celebration of one of his most memorable performances, Mattel has released an Elton John-inspired Barbie doll. Adorned with permed hair and 70s flair in a rainbow bomber jacket, high-waisted jeans, and platform shoes, the doll certainly excludes the singer's style and character. It marks 45 years since his two-day performance at Los Angeles' Dodger Stadium

"The Elton John Barbie is a bold collaboration that personifies two cultural icons and honours the extraordinary artistry and musicianship of a stellar performer," Mattel has said.

"Barbie is an icon in her own right, so having her pay tribute to my work and personal style is a real honour," Elton John tweeted after hearing the news. "I hope that she inspires fans everywhere to fearlessly pursue their own dreams and limitless potential."

Designed by Caroline DeMersseman (per Out magazine), the Elton John Barbie is available to pre-order for $50 (around £38) from the official Barbie store. However, ordering from the UK will cost you an extra $60 (around £46) dollars in shipping and processing leading to an overall price of around £84. There's also a limit of two per person when purchasing, and it will be available to ship on November 9.

As Mattel notes on its product page, the doll also comes with a doll stand and Certificate of Authenticity.