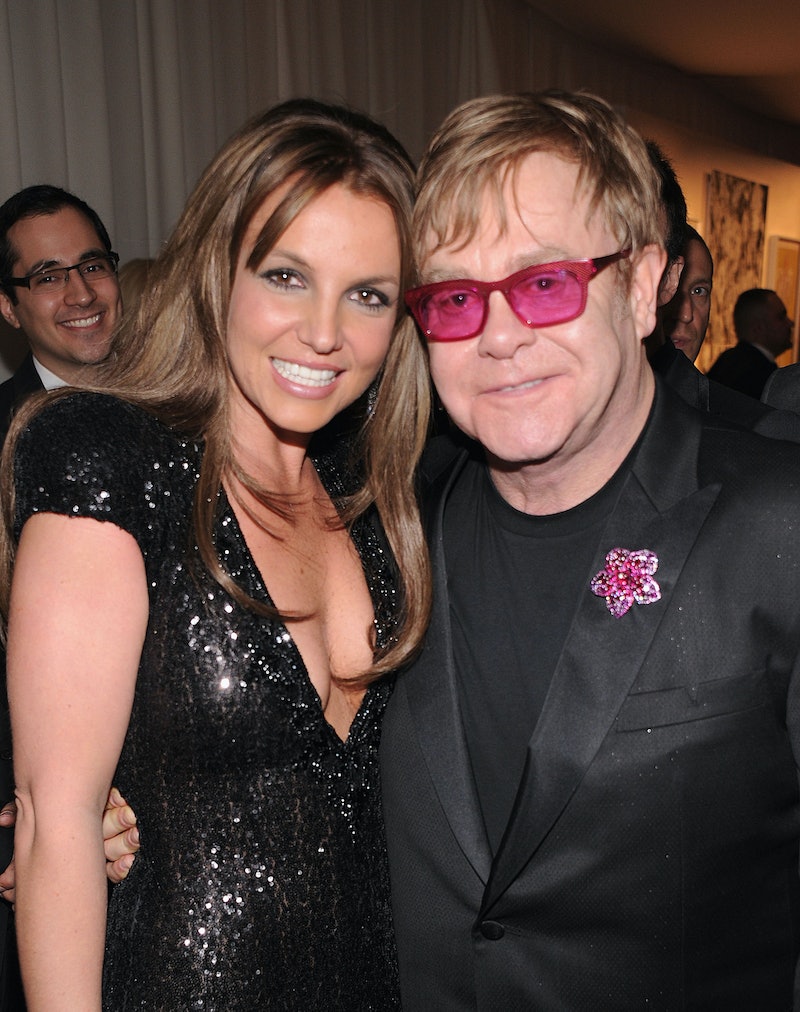 Ahead of the song’s much-anticipated release on Friday, Aug. 26, Sir Elton John performed a live rendition of “Hold Me Closer” featuring Britney Spears. The Grammy award-winner shared a “sneak peek” clip of the song on social media, in which he performs the forthcoming single at the La Guerite restaurant in Cannes, France.

“Britney Spears and Elton John,” the singer shouted to an onlooking crowd as a DJ hit play on the unreleased remix of his 1971 classic “Tiny Dancer.” John then proceeds to sing live over the audio, much to the delight of fans in attendance.

On Aug. 8, John teased the track on Instagram with a post featuring the song’s title alongside a rocket and rose emoji. On Aug. 19, the “Rocket Man” performer confirmed the highly-speculated Spears duet was indeed on the way, sharing the single’s official artwork that features childhood photos of himself and Spears.

Fans were treated to a first tease of “Hold Me Closer” via John’s official TikTok account on Aug. 22. The duet will also become Spears’ first new single in more than six years, since the release of her acclaimed 2016 studio album Glory.

Speaking of the forthcoming release, close friend of Spears, Paris Hilton, teased that “Hold Me Closer” is going to be “iconic.” She added, “I just heard it a couple of days ago in Ibiza and it’s insane.”

The songs follows John’s 2021 hit with Dua Lipa, “Cold Heart,” which topped the UK charts in October last year. As per Metro, the “Candle in the Wind” hitmaker also debuted his Dua Lipa-assisted remix at the same French restaurant. “Thought I’d surprise the people at La Guerite beach restaurant with a performance of the new track,” John said at the time.