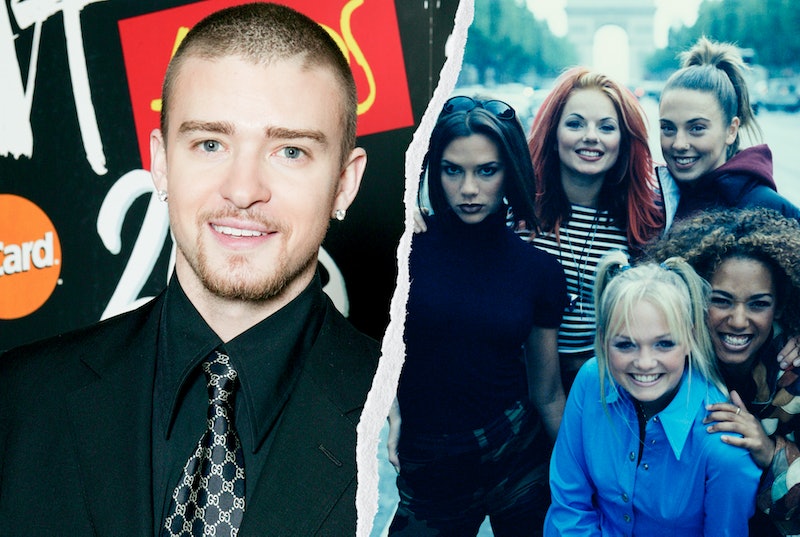 These days Spice Girls’ Emma Bunton is happily married to her long-term partner of 24 years, Jade Jones, with the pair tying the knot in July 2021. Yet, not all avid fans of Baby Spice know that she was once linked with none other than Justin Timberlake himself, way back in 2002.

Bunton had always stayed tight-lipped about “hanging out” with the former *NSYNC singer, but her hand was forced after JT reportedly told the News of the World they’d been dating. A year after they were linked, Jonathan Ross sprung a personal question on Bunton when she appeared on his former BBC chat show, Friday Night With Jonathan Ross. The outspoken host directly asked the singer if she’d really had a “one-nighter” with the U.S. pop star. “Jonathan!” Bunton replied, looking taken aback. “We hung out and partied a bit and he was very sweet,” she said, dodging Ross’ follow-up questions. “He spoke about this first, ’cause otherwise I would not have said a word. He’s very sweet.”

Presumably, she was referring to Timberlake reportedly speaking to the press, days into the pair being romantically linked. Elsewhere, she heavily implied that the U.S. star speaking out early on meant that two very quickly became one again. "A lady should never kiss and tell, and neither should a gentleman,” she told The Daily Record. “That's all I have to say about him. It means I'm single again and I'm really enjoying my time with my girlfriends.”

Earlier this year, swinging by to chat on Holly Willoughby’s podcast By The Light Of The Moon, Bunton spoke about her long relationship with chef and singer Jade Jones. The pair originally met in 1998 when Jones came along to a Spice Girls show, and dated on-and-off for a few years before splitting in 2002. “I guess you separate to know that you really want to be back together,” Bunton told Willoughby, looking back. “It worked a treat."

“It was very immediate, as soon as I looked at him I thought, ‘This is so special.’” she said of Jones. “He felt exactly the same and we had very magical moments very early on and I think we were both taken back about that.” The pair reunited for good in 2004 and have been together ever since.