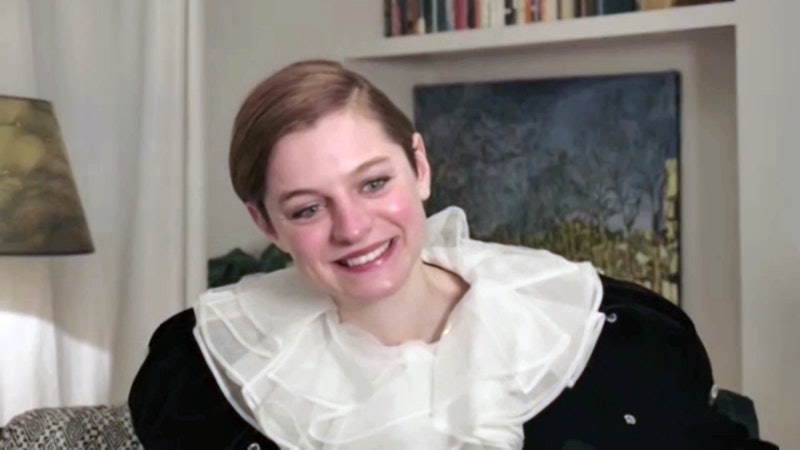 Emma Corrin shot to fame for their portrayal of Princess Diana in Netflix’s The Crown, it earned them an Emmy, and has cemented their status as a rising star in the industry. But in an interview with W magazine, Corrin revealed that they didn’t actually know much about Diana before taking on the role.

The actor told the publication that, as they were only a baby when Princess Diana died, they couldn’t prepare for the role with their existing knowledge of the royal. “I had no memory of her, so I think that helped me,” they said, “It was a blank slate.”

Luckily, Corrin’s mother is a speech therapist and she helped them perfect the accent. The actor also worked with choreographer and movement coach Polly Bennett (who worked with Rami Malek in Bohemian Rhapsody) to capture Diana’s subtleties. They also told the Guardian in Jan. 2021, that they underwent dance classes and learnt to roller skate for the part.

Before season four of The Crown aired in 2020 Corrin was open about how little they knew of Diana. When GQ asked them if they watch Diana’s funeral they said, “I probably was. My mum was very fond of her. She’ll speak about Diana as if she’s been a long, close friend, but not in a pretentious way. Rather, caring, about this person she feels was wronged.”

They also said that, while she may no longer be alive, they think Diana still has relevance for young people today. “They have an awareness of her and certainly an appreciation of her style,” they said, “That is what she’s known for these days. She’s all over Instagram. ‘Diana’s ten top relaxed leisure looks’ or ‘Here are her amazing blazers!’”

Corrin has said they learned more and more about Diana as they played them. “I ended up having this overwhelming appreciation for her complexity. I’m fascinated by the young Diana,” they said, “We all have an understanding of what she was like as she got older, but her childhood… How isolated and lonely she felt for a lot of it. She was plucked from this lovely, warm situation with her friends in her flat in Earl’s Court into this very austere world.”