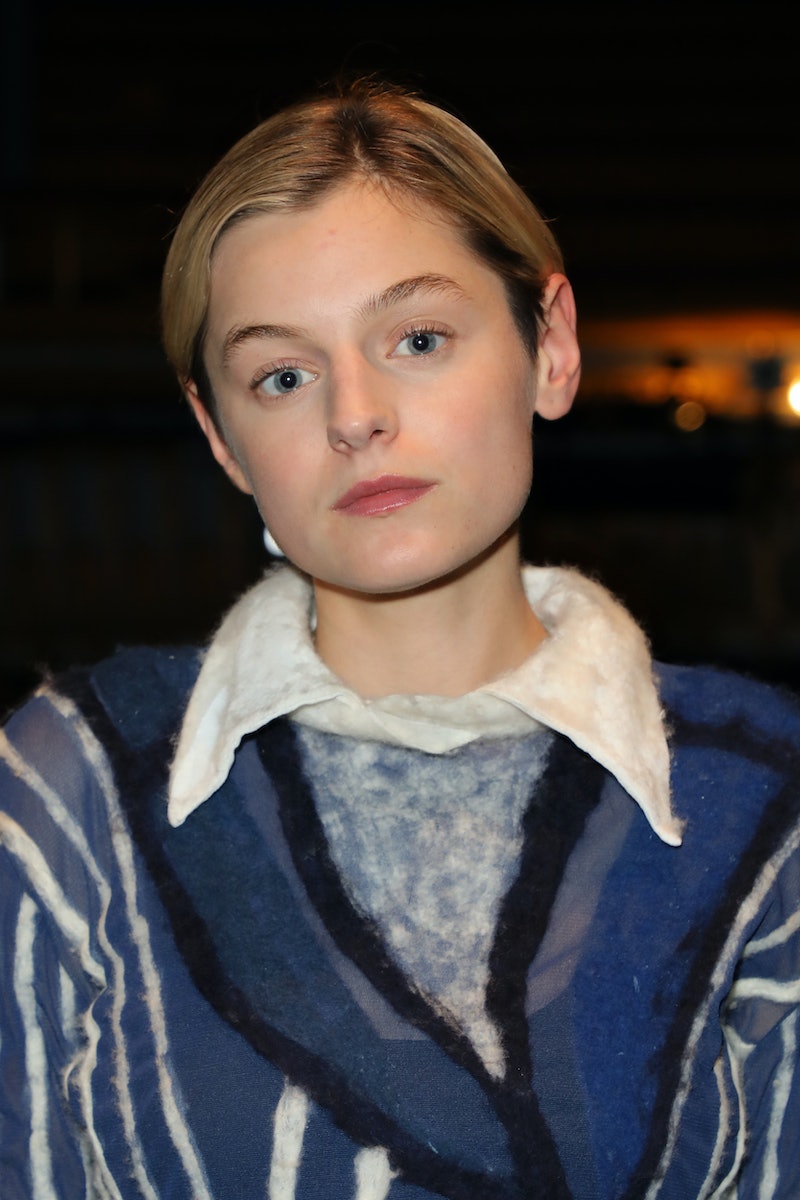 The Crown’s Emma Corrin has opened up about their queer identity for the first time in a new interview. Speaking to ITV, the 25-year-old shared they’ve “still got a long way to go” in their gender identity journey.

The actor also posted a series of pictures on Instagram wearing a chest binder - a piece of clothing worn by trans and nonbinary people to help deal with body dysphoria.

The caption read: “Some time before I bought my first proper binder, messing around with @sirdavidsimon, we used boxing wrap, thanks for capturing this with me, very intimate, very new, very cool. It’s all a journey right. Lots of twists and turns and change and that’s ok! Embrace it.”

Sitting down with ITV Granada Reports, they spoke about the need for LGBTQ+ representation. “I think visibility is key with these things,” said Corrin. "My journey has been a long one and has still got a long way to go. I think we are so used to defining ourselves.

"That's the way society works within these binaries and it's taken me a long time to realise that I exist somewhere in between and I'm still not sure where that is yet.”

While they found coming out on social media “scary and revealing,” Corrin has felt supported by the LGBTQ+ community.

She said: "I wasn't sure whether it was the right thing to do but the feedback from the people in the queer community has been wonderful."

Speaking on why they decided to open up about their gender identity, Corrin shared: “When I started posting about it, it felt very scary and revealing and I wasn't sure whether it was the right thing to do, but the feedback I got from other people in the queer community has been wonderful."

"I'm still figuring it all out and I think everyone is and that's kind of the point. There is no fixed identity, especially for people in the queer community. So it's going to be an ongoing journey, but I hope that sharing it helps people."

After a Golden-Globe winning portrayal of Princess Diana in season 4 of The Crown, Corrin has added multiple roles to her CV. She’s currently starring in the play Anna X alongside Nabhaan Rizwan (1917, Informer) and is set to feature in the upcoming audio series, The Sandman: Act II and the film, My Policeman where she’ll be acting alongside Harry Styles.