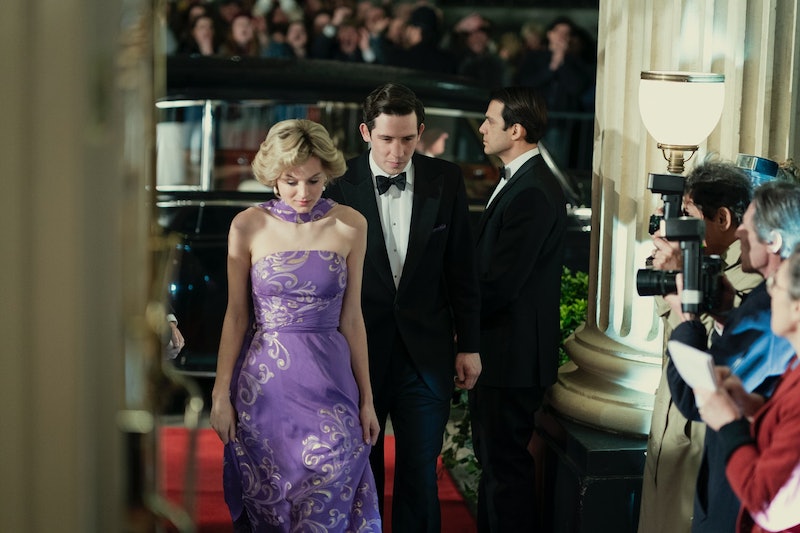 As Netflix's The Crown prepares to depict a new era of the British royal family, buzz surrounding the drama's updated cast has begun to intensify. Some of the most notable figures in British history — including Diana, Princess of Wales and Margaret Thatcher — will feature heavily throughout the upcoming fourth series, and detailing the show's audition process, The Crown's Emma Corrin discussed how co-star Josh O’Connor compared the casting of Princess Diana to watching The X Factor.

In a conversation with the Radio Times, Corrin, who plays Lady Diana Spencer in the new series, revealed: "It was a very long process, it took about a year I think, actually. It was kind of quite stressful, and a lot of different stages, but in retrospect it all worked out brilliantly. At the time very stressful. Josh was actually there when I got offered the role, so he compares it to X Factor, which is probably quite accurate."

"It was like X Factor," added O’Connor, who portrays Charles, Prince of Wales, throughout the Netflix drama's latest run. Speaking to the publication, co-star Corrin also delved into the pair's on-screen chemistry, revealing how herself and O'Connor were already somewhat familiar with one another prior to filming.

“We kind of knew each other roughly before because we have a — one of my best friends knows Josh very well and vice versa, we’ve got a mutual friend. So yeah, we knew each other," Corrin explained to the Radio Times. “The first scene we acted in together, that was in Scotland, and we were in Scotland together and then we both flew to Spain to film in Spain for a month. So we got to know each other so well and it was so great, we were very similar I think.”

As teased in a newly-released trailer, the show's fourth chapter will recreate several landmark moments in the relationship between Prince Charles and Diana Spencer, including the couple's highly-publicised 1981 wedding. However, speaking to Sky News, Corrin revealed her belief that the drama's greatest appeal lies within the characters "human experience."

"I think the crux of The Crown is, look at these icons, look at these figureheads who we think we know. Oh, wait, actually, behind that, behind the closed doors is all this human experience. And I really think it's the most fascinating thing to examine these people who are in the most extraordinary circumstance, the strangest kind of existence, and to see the nuances of what they go through,"the actor explained.

The Crown series 4 is available to stream from Nov. 15 on Netflix

More like this
Yes, 'The Price Of Glee' Is Available To Watch In The UK
By Catharina Cheung
Everything To Know About The 'Daisy Jones & The Six' TV Series
By Maxine Harrison and Brad Witter
'Brookside' Is Coming Back & Soap Opera Fans Are Going Wild
By Sam Ramsden
'Magpie Murders' S2 Will Include A *Major* Shake-Up
By Sophie McEvoy
Get The Very Best Of Bustle/UK
Sign up for Bustle UK's twice-weekly newsletter, featuring the latest must-watch TV, moving personal stories, and expert advice on the hottest viral buys.