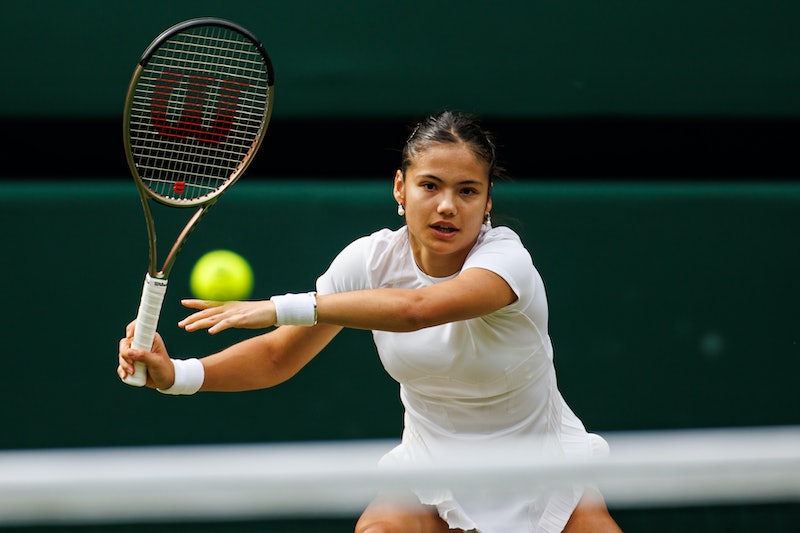 Since her incredible victory at the prestigious tennis tournament the U.S. Open last year, British tennis player Emma Raducanu has been firmly in the spotlight ahead of Wimbledon. Last year, the 19-year-old made it all the way to the fourth round before being forced to bow out due to injury, and tennis fans had hoped that 2022 could be the year she built on her previous Grand Slam title. As things turned out, Raducanu lost her second-round match against the French player Caroline Garcia, and is now out of the competition.

But in a press conference following her elimination, Raducanu shut down the idea that her victory at the U.S. Open last year had piled on undue expectation when it came to Wimbledon. The athlete highlighted her young age and the magnitude of her achievements so far. “I am 19 years old and yes, I have had attention, but I’m a Slam champion, so no one’s going to take that away from me. If anything, the pressure is on those who haven’t done that.” This response was given at minute 1:48 in the video below.

She later added: “There's no pressure. Like, why is there any pressure? I'm still 19. Like, it's a joke. I literally won a Slam. Going back to New York, it's going to be cool because I have got a lot of experiences playing on big courts, playing with people in the stadium, playing with the spotlight on you.” Meanwhile, this response was given at minutes 4:30 in the video below.

Raducanu also explained that she is proud to have won a round at Wimbledon, which is sponsored by Evian, in the first place after pulling out of the Nottingham open earlier this month due to injury. “ I’ve played seven hours of tennis in a month so to even compete with these girls at this level and win a round I think is a pretty good achievement,” she said.

Elsewhere at the conference she wowed fans by answering a question in Mandarin (she also speaks Romanian), and had the perfect response to reporters asking what she thought she needed to do in the future to bag a Wimbledon trophy. “Get better,” she quipped. And given the tennis star is still in her teens, there’s plenty of time for that.

More like this
Abtaha Maqsood Wants To Change The Way You Think About Cricket For Good
By Shahed Ezaydi
Lewis Hamilton Turned Down A Role In 'Top Gun: Maverick' For This Surprising Reason
By Darshita Goyal
Harper Teasing David Beckham’s Dad Dancing Is Beyond Adorable
By Frances Stewart
'It’s A Sin's Real-Life Jill Has An Important Message About Monkeypox
By Sam Ramsden
Get The Very Best Of Bustle/UK