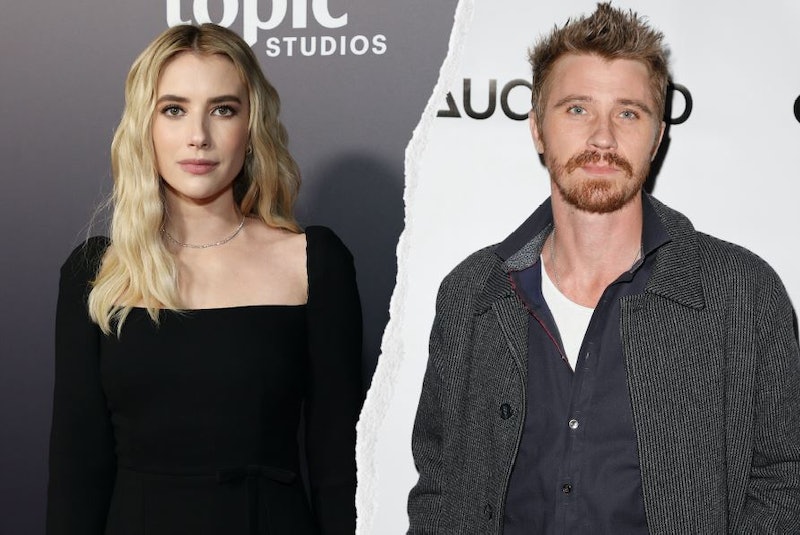 Roughly three years after their relationship’s beginning, Emma Roberts and Garrett Hedlund have reportedly split, according to several outlets. “It’s sad, and they are trying their best to co-parent. It’s been hard,” a source told People on Friday, Jan. 21, adding that the exes who share 1-year-old son Rhodes Robert Hedlund broke up within the past several weeks following a rocky few months. (Bustle reached out to reps for Roberts and Hedlund but had not received a response at the time of publishing.)

Meanwhile, In Touch, the outlet that first reported the split, quoted multiple unnamed insiders as saying that the relationship simply “wasn’t working” anymore, though “there’s always a possibility” they could get back together “down the line.”

The estranged couple first sparked dating rumors in March 2019, though they didn’t make their relationship Instagram official until nearly a year-and-a-half later. “Me...and my two favorite guys,” Roberts captioned an Instagram pregnancy photo with Hedlund in August 2020, confirming that she was expecting, in addition to announcing the baby’s sex. They welcomed their son in late December, and they recently celebrated his first birthday with a rodeo-themed bash. Sharing several party photos on social media, Roberts wrote that she “loved every second of it” — even despite having frosting in her hair and The BeatBuds stuck in her head.

Last January, another source told People that Hedlund “totally stepped it up” to support Roberts after they welcomed their first child amid the COVID-19 pandemic. While his then-partner was recovering after giving birth, the Tron: Legacy actor reportedly “made sure their house was stocked” with things she liked and needed to feel more comfortable. “Having a newborn in the pandemic has been a lot harder than either of them expected, but they’re really, really trying their best to figure things out,” the insider said at the time.

Mere days before their breakup made headlines, Hedlund “finally” joined Instagram to announce the Jan. 21 release of his “first single as a solo artist” called “The Road,” which he’d been working on for the past several months. “Got a lot more stuff coming out soon, and I can’t wait to share it all with you,” he captioned the Jan. 17 black-and-white photo of himself strumming a guitar.

The same day he dropped his song, Hedlund got hit with a personal injury lawsuit related to a January 2020 head-on car crash. According to court documents obtained by E!, Marina Venegas and her daughter, Jennifer Castillo, allege that Hedlund “passed out behind the wheel of his vehicle and ran a solid red-light at a high rate of speed,” causing a collision that resulted in the women, as well as two minor passengers, suffering “severe and permanent injuries.” Hedlund had previously pleaded no contest to one count of DUI and was found guilty, and also completed a treatment program.

Following the incident, a source told E! that Hedlund was “doing well” and that his DUI arrest “wasn’t something that actually threatened a split between” him and Roberts. The two have yet to reveal a concrete reason for the breakup, and, so far, it remains a mystery to the public.