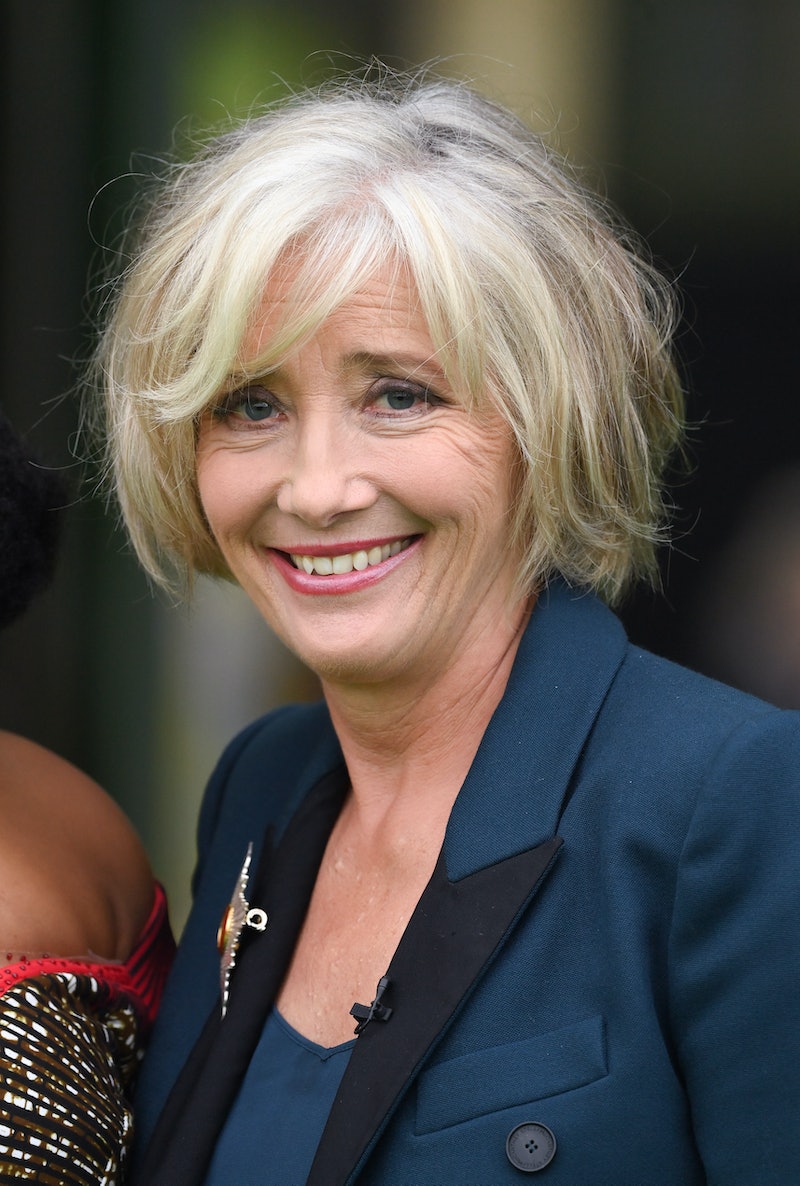 Who doesn’t love Emma Thompson? If her heartbreaking Love Actually scene, pre-Strictly debut gift for hubby Greg Wise, and dancing memes at An Audience With Adele weren’t enough, her latest role might just be the one. Directed by Sophie Hyde, Good Luck to You, Leo Grande follows the story of a widowed teacher Nancy Stokes, who, in an attempt to experience excitement in the bedroom for the very first time, enlists the help of a male escort.

Per Independent, the leading character of Stokes is portrayed by Academy Award-winner Emma Thompson, who recently opened up about how she prepared for a full-frontal nude scene opposite her co-star, Daryl McCormack (Peaky Blinders).

Speaking at a Cinema Café panel at the 2022 Sundance Film Festival, Thompson revealed that filming the intimate scene was particularly “challenging” due to the “dreadful demands” women face to adhere to a specific body type.

“[Director] Sophie [Hyde], Daryl, and I rehearsed entirely nude and talked about our bodies, talked about our relationship with our bodies, drew them, discussed the things that we find difficult about, things we like about them, described one another's bodies,” Thompson disclosed.

“It's very challenging to be nude at 62... This thing of having to be thin is still the same as it ever was, and actually in some ways I think it's worse now,” the BAFTA-winner continued.

Although she found filming the scene challenging, Thompson added that she doesn’t believe that she would have “been able to do it at an earlier point in her long career.” She added, “I don't think I could've done it before the age that I am. And yet, of course, the age that I am makes it extremely challenging because we aren't used to seeing untreated bodies on the screen.”

As mentioned, Thompson leads the cast of Good Luck to You, Leo Grande as retired widow Nancy Stokes, who is on the lookout for some excitement and romance in the wake of a rather dull marriage. This leads her to an attractive, and much younger sex worker called Leo Grande (McCormack), who she hopes will help her experience an evening of pleasure and self-discovery.

Upon their meeting, it becomes clear that both Nancy and Leo struggle with their own paths in life, with the latter finding it difficult to bond with his own family due to his career as a male escort —which is something he is extremely proud of.

Penned by comedian Katy Brand, the British comedy-drama premiered at this year’s Sundance Film Festival. “It’s something unlike anything I’ve ever done before and I had never seen anything like this before. The first thing that struck me was its sheer originality,” Thompson said of the film during a recent Q&A chat.

She added, “Then what struck me next was the real necessity of this film — the way that we talk about pleasure or shame — I didn’t realise how thirsty I was for a story like this until it came along.”