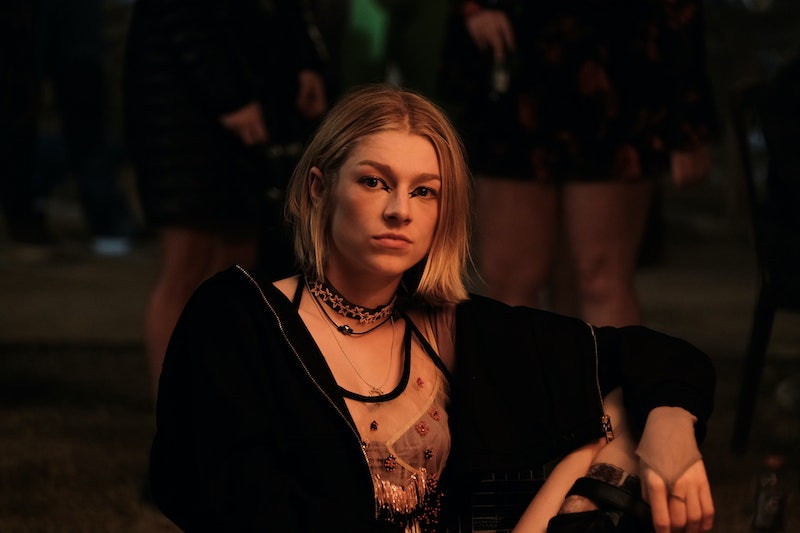 HBO’s edgy teen drama Euphoria is back, and with all the angst and drama comes another eclectic soundtrack by Labrinth. The British musician has scored the show since its 2019 premiere, composing original tracks like “Still Don’t Know My Name” and the Zendaya-led “All For Us.” Alongside creator Sam Levinson’s writing, Labrinth’s work has helped the audience to feel the same emotional highs and lows that each of the characters are experiencing.

“With Euphoria, there was this energy of magic. It kind of felt like a fantasy world with this really dark, gnarly side to it, and I really enjoyed the contrast of those two things next to each other,” Labrinth told Deadline of his approach to the show’s music in 2020. “When I see gnarly right next to something pretty, I just feel like they’re the best of friends, sonically. So, Euphoria was instantly inspiring, because I love working with those two energies.”

As Labrinth explained during a conversation with Zendaya for Interview Magazine, he’s been working on the Euphoria Season 2 soundtrack since as far back as December 2019. “Sam [Levinson] has been inundating me with music, just like, ‘Lab, check this out.’ I think he sent me like 20 tracks,” he said at the time. “I’m really excited because I get a chance to refine what I didn’t do before, if that makes sense.”

A full soundtrack for Season 2 has not yet been released, but HBO will be updating its official Euphoria playlist with the songs featured after each new episode. This post will also be updated each week as more information becomes available.

"Don't Be Cruel" by Billy Swan

"I Want Action" by Poison

"Right Down the Line" by Gerry Rafferty

"Nate Growing Up" by Labrinth

"Dead of Night" by Orville Peck

"Hypnotize" by The Notorious B.I.G.

"Back That Azz Up" by Juvenile, Lil Wayne, and Mannie Fresh

"Party Up" by DMX

"The Lake" by Labrinth

"(I Just) Died In Your Arms” by Cutting Crew

“Live or Die” by Noah Cyrus and Lil Xan

“Do What You Want, Be What You Are” by Daryl Hall & John Oates

“Right Down The Line” by Gerry Rafferty

“She Brings The Rain” by Can

“Return of the Mack” by Mark Morrison

“WTF Are We Talking For” by Labrinth

“Need You Tonight” by INXS

“Never Let Me Down Again” by Depeche Mode

“The Look” by Roxette

“Chains of Love” by Erasure

“She Sells Sanctuary” by The Cult

“It Ain’t Over ‘Til It’s Over” by Lenny Kravitz

“I Can Dream About You” by Dan Hartman

“Never Tear Us Apart” by INXS

“Call Me Irresponsible” by Bobby Darin

“Effigy (I Am Not An) by Ministry

“If” by Jo Stafford

“I’ll Be Here In The Morning” by Townes Van Zandt

“Sometimes I Feel Like A Motherless Child” by Mahalia Jackson

“Devil Inside” by INXS

“I Was Dancing In The Lesbian Bar” by Jonathan Richman

“This Is How We Do It” by Montell Jordan

“Vitamin C” by Can

“Don’t Cha” by The Pussycat Dolls

“Method of Modern Love” by Daryl Hall and John Oates

“Drink Before The War” by Sinéad O’Connor

“Need You Tonight” by INXS

“We All Knew” by Labrinth

“What’s Up” by Labrinth

“What a Fool Believes” by The Doobie Brothers

“Understand Me” by Labrinth

“Yeh I F*ckin’ Did It (Euphoria)” by Labrinth

“It Never Rains in Southern California” by Albert Hammond

More like this
'Succession' Season 4 Will Be An "Absolute Banger" According To Cousin Greg
By Bustle Staff
The 'Gossip Girl' Reboot Creator Is “Looking For A New Home” To Air A Potential Season 3
By Brad Witter
Linda Ronstadt’s “Long Long Time” Plays A Pivotal Role In The Last Of Us
By Brad Witter
Here’s What Happens To Bill & Frank In 'The Last Of Us' Video Game
By Brad Witter
Get Even More From Bustle — Sign Up For The Newsletter
From hair trends to relationship advice, our daily newsletter has everything you need to sound like a person who’s on TikTok, even if you aren’t.