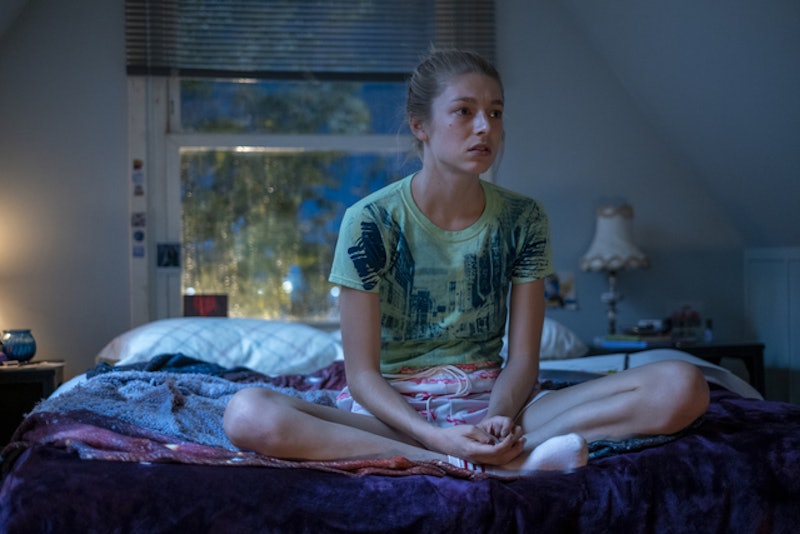 Spoilers ahead for the second bridge episode of Euphoria. During Euphoria Season 1, love always seemed to be just out of Rue’s grasp. Though she fell head over heels for Jules from the moment they saw each other, Jules’ romantic life was more complicated; she seemed to genuinely care for Rue but also explored online relationships and hookups, giving off the impression that she wasn’t as committed to Rue as Rue was in return. After the two parted ways in the season finale, Rue was left questioning if their relationship had ever been real — after all, what else would explain how Jules acted throughout their relationship, ultimately leaving Rue behind when she ran away?

Turns out, a lot. In Euphoria’s second special episode, “F*** Anyone Who’s Not A Sea Blob,” we finally see how Jules truly feels about Rue. She details to her therapist not only how hard it is to be partners with someone in recovery, but how her own overwhelming love for Rue sometimes made her react in the wrong way. Like Rue, Jules is dealing with low self-esteem on top of trying to process past trauma. But while Rue is coping with post-recovery, Jules is also figuring out her gender identity while trying to make sense of her relationship with her mom — who, it’s revealed, has a history of misusing alcohol.

It’s a detail we’ve never heard before because Jules didn’t want to overwhelm Rue’s recovery. Though it’s Jules who first draws a connection between Rue and her mom — saying they’re the only two people who’ve truly seen her — it’s her therapist who gives her a nudge to acknowledge how that’s impacted her relationship with Rue. “You just said you were angry at Rue for the imbalance she created in your relationship. So would it be fair to say you resented that imbalance?”

Throughout the episode, Jules is hyperconscious of how she comes off — as a trans girl, a partner, and even as a therapy patient, constantly hedging her descriptions with anxiety about being “melodramatic” or “cheesy.” It’s a window into Jules’ perspective that we’ve never seen; when filtered through Rue’s point of view in Season 1, she seemed effervescent and outgoing, but here she’s vulnerable and unsure, reframing her actions throughout the show’s first season. When Rue surprises Jules with their first kiss, an embarrassed Rue apologizes and rushes out of the room. But Jules only froze up in the moment because of her own insecurities about the budding relationship: as Jules tells her therapist, she had never kissed a girl before, and wondered if Rue’s feelings for her were too good to be true. “How could it be possible that Rue loved me as much as I loved her?” she wonders.

The episode hints at Jules’ frame of mind with its very first needledrop of Lorde’s “Liability,” including the lyrics, “I understand, I'm a liability/Get you wild, make you leave/I’m a little much for everyone.” While both Rue and Jules see the other as perfect, Jules is struggling with her confidence and image, and the pedestal Rue puts her on only exacerbates those issues.

Jules’ revelations — and Rue’s own conversation with Ali — may bring more cloudy days to their relationship. But until they figure out how to talk to each other honestly about their respective experiences, they won’t be able to understand the choices the other one is making.

Jules still struggles to verbalize exactly how she would categorize her and Rue’s relationship, but admits to having deep feelings for Rue even when they’re clouded by her online relationship with Nate. Together, the two standalone episodes highlight the division between Rue and Jules: while Rue needs the stability of staying in one place, Jules never wants to stand still. They both envision a life together, but Rue sees it as a fantasy (even if she’s still using drugs) while Jules sees it as a nightmare. Even as they share the same framework for their hopes and dreams, they can’t bridge the gap their respective traumas have built between them.