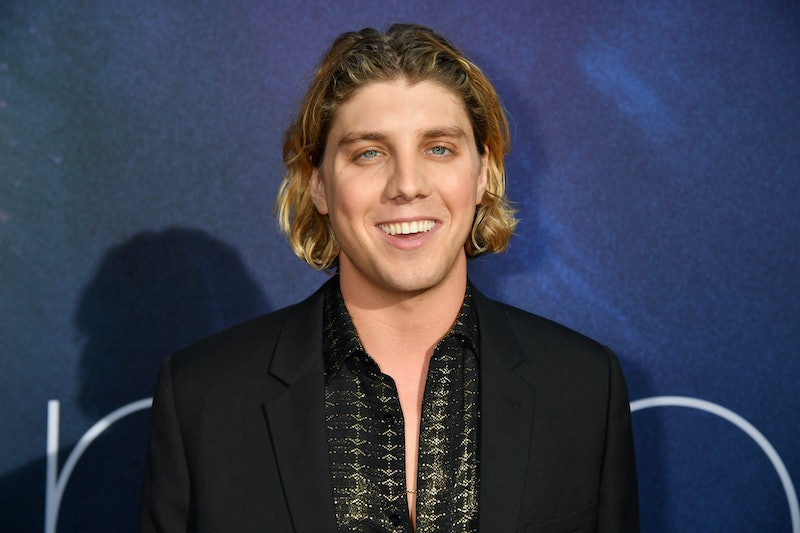 TV director Tristram Shapeero has come forward as the unmuted voice on the other end of Lukas Gage’s infamous Zoom audition. What’s more, the director apologized to Gage for the viral Zoom gaffe. The incident? Shapeero, thinking he was muted, insulted Gage’s “tiny apartment” during the virtual audition, to which Gage responded, "I know it’s a sh*tty apartment; that's why give me this job so I can get a better one." Shapeero has since claimed responsibility for the incident in a statement issued to Deadline.

The director, whose résumé includes Brooklyn Nine-Nine, Never Have I Ever, and Community, apologized to Gage for the remarks in the statement issued on Monday, Nov. 23. “First and foremost I offer Mr. Gage a sincere and unvarnished apology for my offensive words, my unprofessional behavior during the audition and for not giving him the focus and attention he deserved,” Shapeero said. “My job is to evaluate performers against the part I am trying to cast. Lukas deserved better.”

He then clarified his “these poor people” comment: “I was using the word ‘poor’ in the sense of deserving sympathy, as opposed to any economic judgment. My words were being spoken from a genuine place of appreciation for what the actors were having to endure, stuck in confined spaces, finding it within themselves to give a role-winning performance under these conditions.”

The formal apology comes after Gage's clip went viral on Nov. 20. "These poor people live in these tiny apartments," Shapeero says in the clip. "Like, I'm looking at his background, and he's got his TV and, you know..." Before he could go any further, an amused Gage interrupted him to let him know his microphone was unmuted. "I know it's a sh*tty apartment. That's why give me this job so I can get a better one," Gage responded. Shapeero quickly apologized, but the actor took it all in stride. "Listen... I'm living in a four-by-four box. It's fine," he said. "Just give me the job, and we'll be fine." He then shared the footage online and wrote, "psa if youre a sh*t talking director make sure to mute ur sh*t on zoom mtgings."

Gage's Hollywood peers, including Euphoria co-stars Maude Apatow and Barbie Ferreira, had his back, applauding the actor for keeping his composure. In an Instagram comment, singer Joe Jonas wrote that he handled the situation "like a champ," and actor Sophie Turner noted what happened to Gage was "f*cked up." Academy Award nominee Cynthia Erivo commented it was "unacceptable," adding that Gage "handled that with total grace."

Meanwhile, Emmy Rossum thought she recognized the director's voice, sharing a horrifying story of her own. "If it's who I’m thinking, he asked me to 'audition' for him once. But not to read a scene," the Shameless alum wrote. "He said he knew I could act. Just to come into his office in a bikini and do a twirl. No joke. THAT was the ask. My reps said he wanted to know if I was 'fat right now'. I believe I told my agent, 'Tell him no thank you and to go f*ck himself.'"

More like this
At 28, Rosie Perez Risked Her Career To Stop Playing Stereotypes
By Gabrielle Bondi
Here’s Everything Coming To & Leaving Netflix In February
By Jake Viswanath
Adam Ali Hopes 'Waterloo Road' Will “Subvert” Queer Misconceptions
By Sam Ramsden
Theo James Would “Love” To Star In George Michael Biopic
By Sam Ramsden
Get Even More From Bustle — Sign Up For The Newsletter
From hair trends to relationship advice, our daily newsletter has everything you need to sound like a person who’s on TikTok, even if you aren’t.

This article was originally published on November 21, 2020