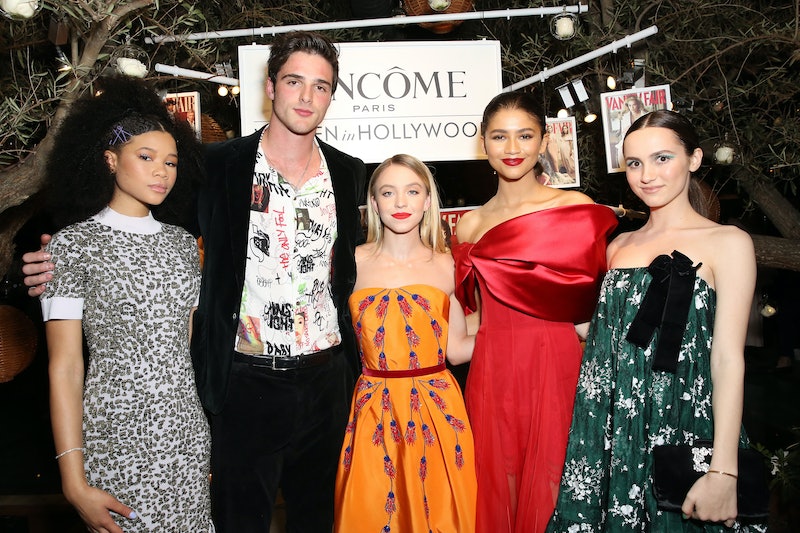 HBO's Euphoria depicts the lives of teens in some very adult situations. Given that the eight-episode series shows high schoolers navigating a "minefield" of drugs, sex, identity, and trauma, fans have naturally wondered how old the Euphoria cast is in real life. As it turns out, all of the actors have passed graduation age themselves, ultimately giving them a more mature perspective on the gritty subject matter.

"It definitely doesn’t shy away from anything, that’s for sure," Zendaya, who plays lead Rue Bennett, recently told Entertainment Weekly. She added to the magazine: "We just want it to be a reflection in a beautiful way of storytelling that allows people to think and connect and feel however they choose to feel about it. ... I think we tap on things and discuss things that are tough, but again, it’s storytelling. It allows the audience to see things how they choose to."

The good news for those who became obsessed with the show: Euphoria was renewed for Season 2. The bad news? The coming-of-age narrative can only last so long. "[The characters] are in high school, so there are only so many seasons it can go," HBO president Casey Bloys told TVLine. "There's a time limit. ... I don't think you want 30 year olds playing [high school students]."

Luckily, none of Euphoria's leads are close to the big 3-0 just yet, but here are how the actor's real-life ages compare to that of the characters they play on screen.