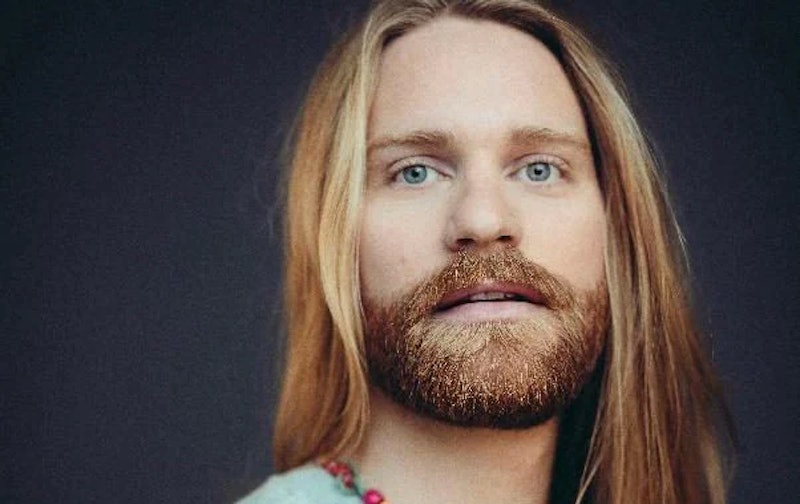 If there’s one thing we can count on in life, it’s the UK suffering a brutal thrashing at the Eurovision Song Contest. Though we were once the bright shining stars of the campy affair (‘Making Your Mind Up’ by Bucks Fizz remains a masterpiece) the last few decades have made for harrowing viewing. In last year’s competition, for instance, the UK received ‘nul points’ — a fate so terrible that it’s almost impressive.

In a bid to reverse our nation’s poor fortunes, new musical hope Sam Ryder is representing the United Kingdom at the 66th edition of the contest. Here’s everything you need to know about a man who now has an entire nation’s hopes and dreams resting on his incredibly well-groomed beard.

Who is the UK’s Eurovision entry Sam Ryder?

Based in Essex, Sam Ryder grew up loving punk and metal — as he told The Line of Best Fit, one of his earliest memories is stumbling across a scratched-up copy of Iron Maiden’s album “Seventh Son of a Seventh Son” as a kid at Catholic school. For years, Ryder played and toured in various metal bands and learnt his craft on the road, as well as living in Hawaii. Early attempts to launch a solo career never really paid off. Instead, he ran a vegan cafe right before the events of 2020 hit. Later, bored during lockdown, Ryder went back to music and started uploading homemade covers recorded in his garden shed to TikTok. His original takes on tracks by Britney Spears, Beyonce, Adele, and Alicia Keys rapidly caught the attention of Justin Bieber and Sia.

Fast forward to 2022, and he has more than 12 million followers on the platform, and a major label record deal under his belt.

What song will Sam Ryder sing at Eurovision 2022?

As well as announcing his bid for Eurovision victory, Ryder’s also shared his entry for the 2022 competition, which will take place in the city of Turin after Italy’s victory last year. ‘SPACE MAN’. Covered with galactic sliding guitars and more than a hint of Elton John, the song imagines floating through space as a lonely, isolated astronaut and longing to be grounded back down to earth again “I'm only human with the real world on my mind,” Ryder sings.

And fair play, it’s not too bad.

What are his chances?

As the big night draws ever closer, Ryder’s chances of storming to Eurovision victory have increased significantly among bookmakers — with some naming him the second favourite to win. Although, this year’s UK entry is careful not to let the hype go to his head.

“I don't want to get to a point where I start believing the hype,” he told the BBC ahead of his performance. “I just want to do everyone proud, and do the best job I possibly can.”

Crucially, Ryder’s a huge fan of the song contest already. “I love Eurovision. I think it’s such a privilege to be able to do it,” he told BBC Radio 1’s Scott Mills. “I don’t want to let the stigma or fear of coming at a certain place in a table stop me from doing something and being a part of something that I enjoy so much. As long as I can go to Eurovision and know in my heart of hearts I’m going to do the best job I can, then everything else is out of my control.”

In a bid to try and turn the UK’s fortunes around, the global publishing and management company TaP Music — who look after both Dua Lipa and Lana Del Rey — also collaborated with the BBC to choose this year’s entry. In a statement, they announced that all consultancy fees would be donated to MOAS, a humanitarian charity providing emergency medical care and assistance to vulnerable people around the world. Currently, the organisation is on the ground working to support those affected by the war in Ukraine.

This article was originally published on March 10, 2022