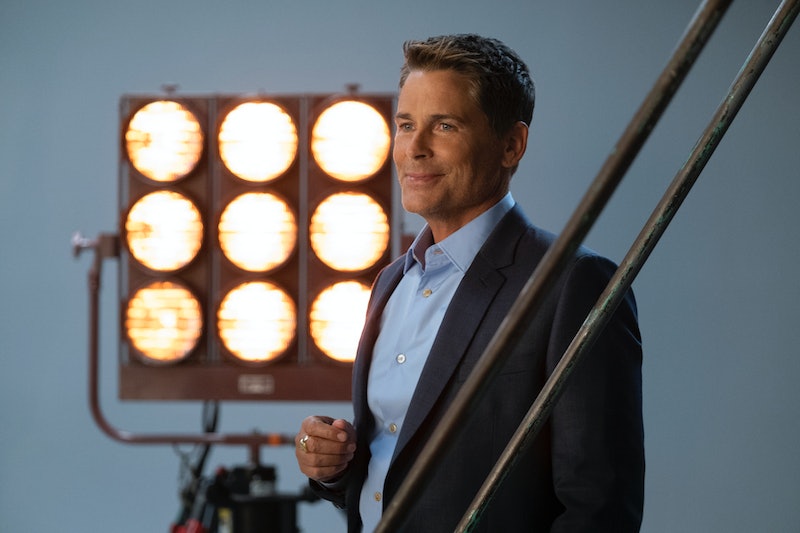 Most have come to know Chalie Brooker through his phenomenally successful Netflix sci-fi series Black Mirror, which tends to leave his viewers reeling. Up next, following on from Brooker's Death to 2020 mockumentary, the British screenwriter is set to release one-off comedy special Attack of the Hollywood Cliches! to Netflix later this year. As the title suggests, the new film will address some of Hollywood’s most cringe-worthy characteristics — and they’ve enlisted an acting legend and “handsome devil” Rob Lowe to host it. Ahead of its release, here’s everything we know about Charlie Brooker’s Attack of the Hollywood Clichés!

When Will Attack of Hollywood Cliches! Air?

Thankfully, Brooker fans don’t have to wait too long for the latest title in the directors’ catalogue as, per Deadline, Attack will be coming to Netflix on September, 28 (no word on the Black Mirror season 6 date though, in case you’re wondering).

What’s The Plot Of Attack of Hollywood Cliches!?

Made by Brooker and Annabel Jones’ production company Broke and Bones, the hour-long special will take a look a the funniest, strangest, and most controversial clichés used by filmmakers.

As Netflix explains in its press release, “with the help of the experts, Attack of the Hollywood Clichés! analyses the origins and evolutions of everything from ‘Walking Away from an Explosion’ to the ‘Meet-Cute’ and ‘Females Running in Stilettos’ – there's also a ‘Wilhelm Scream’ montage for real movie buffs."

Who Is In The Cast For Attack Of The Hollywood Clichés!

Who better to oversee a roast of Hollywood clichés than a classic American heartthrob? Movie star Rob Lowe — whose lengthy CV includes credits like Parks and Recreation, West Wing, 9-1-1 Lone Star and much more — will be at the helm of this show, inviting viewers to examine some of Hollywood’s most-used formulas.

Alongside Rob Lowe, Attack will also features a number of Hollywood A-Listers, as well as screenwriters, academics, and critics, all on hand to guide viewers through weird and wonderful back catalogue of clichés.

Is There A Trailer For Attack Of The Hollywood Clichés!?

Unfortunately, there’s no official trailer as of yet but we did get a preview of Rob Lowe looking rather dapper in his hosting role (see above). So that’s something.

What Else To Know

According to the British Comedy Guide, Attack’s writing team has been led by Ben Caudell. The team featured regular Brooker collaborators Jason Hazeley, Dan Maier, and Charlie Skelton, as well as Sean Doherty, Dane Baptiste, Erika Ehler and Michael Odewale. In other words, we can expect big things from this script.