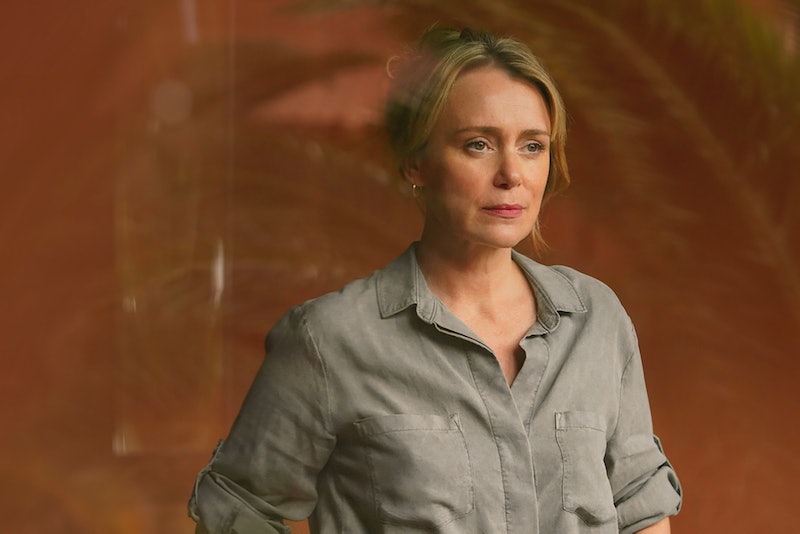 After her stand-out appearances in Finding Alice, It’s A Sin, and Bodyguard, Keeley Hawes is gearing up to direct and star in upcoming BBC drama, Crossfire. Set in a luxury resort in the Canary Islands, the three-part series will depict a dream holiday turned upside down as shots ring out across the complex, and Hawes’ character Jo is faced with terrifying decisions.

Written by Louise Doughty, author of hugely successful crime novel Apple Tree Yard, per BBC, Crossfire promises to be an “edge-of-your-seat nail-biting thriller” that’s also “emotional”, “intimate”, and “relatable.” With that said, here’s everything you need to know about Crossfire.

What Is BBC’s Crossfire About?

As mentioned, Crossfire is about a hotel shooting and, per BBC, will detail a harrowing “story of survival and resilience.” As the official synopsis explains, Jo (played by Hawes) is “sunbathing on her hotel room balcony while on a dream holiday with her family and friends,’ before her world is turned upside down when shots ring out across the complex.”

“Gunmen, out for revenge, have, in an instant, turned a slice of paradise into a terrifying heart-breaking hell,” it adds. The harrowing series will see the unsuspecting holidaymakers and hotel staff “forced to make monumental split-second life or death decisions”, per BBC’s synopsis, which adds “the consequences will linger long after the final shots are fired.”

Crossfire is author and scriptwriter Louise Doughty’s first original series for television, made by Dancing Ledge Productions alongside Spanish free-to-air broadcaster TVE. In a statement to BBC, Doughty further explained the script, stating that she was “fascinated” by the idea of how ordinary people “respond to intense pressure” and on Twitter added “I am officially very proud and very happy” following the series announcement.

Who Will Star In BBC Drama Crossfire?

Speaking of her role in the series, Hawes said in a statement “I’m so excited to be embarking on this brilliantly compelling and propulsive drama for the BBC, especially as it’s the third production for Buddy Club. Filming has already begun and we’re delighted to be collaborating with the team at Dancing Ledge Productions and Louise Doughty on her first original production for television.”

When Will Crossfire Air And Is There A Trailer?

BBC confirmed to Bustle on Nov. 23 that the new Crossfire series has just begun filming in the Canary Islands, so it’s still early days, and there’s likely still some time before viewers get to dive into the new thriller. A trailer for the series is still to come, however, first look photos from Crossfire see Hawes’ character looking into the distance, seemingly at the terror about unfold.