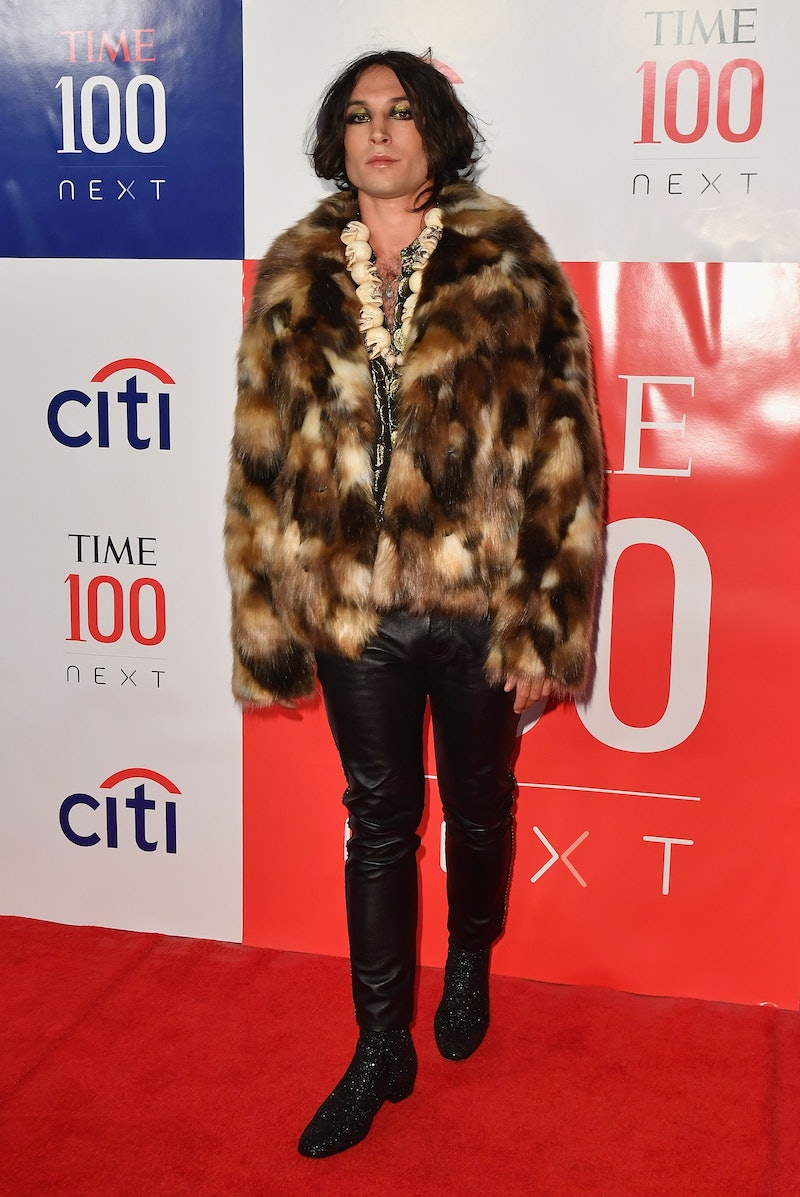 The actor takes centre stage in the new Fantastic Beasts film The Secrets of Dumbledore, reprising the role of Credence Barebone opposite the likes of Eddie Redmayne, Jude Law, and Mads Mikkelsen. However, Ezra Miller has been making headlines for reasons other than their acting. And following their arrests in Hawaii on March 27 and April 19, Miller’s title role in DC superhero film The Flash is now being discussed.

On April 6, Rolling Stone reported that executives at Warner Bros. and DC had an “emergency impromptu meeting” to review Miller’s future projects. However, a source from Warner Bros. later told IGN that “no such meeting took place,” and dismissed the initial report as an “exaggeration.”

The 29-year-old, who had travelled from the U.S. to stay with friends on the island, was charged with “disorderly conduct and harassment” at a bar in the town of Hilo, on the east side of the Big Island. A statement posted by the Hawaii Police Department on Facebook claimed that the actor had become “agitated while patrons at the bar began singing karaoke.” They allegedly “began yelling obscenities,” grabbed the microphone from a woman singing, and “lunged” at a man playing darts. The actor was reportedly told by the bar owner to “calm down several times to no avail.”

The bar owner called the Hawaii Police Department about a “disorderly patron” and South Hilo patrol officers responded to the call. Miller was arrested and charged, with their bail set to $500 (£381). The New Jersey-born posted their bail, with the help of the couple they were staying with, and was subsequently released.

However, hours later, Miller reportedly threatened the couple — the very same couple who bailed them out of jail. As per the Daily Mail, the couple claim that Miller “burst into their bedroom” and verbally berated them. Miller is accused of saying: “I’ll bury you and your sl*t wife.” The couple also allege that the actor stole “some of their belongings” including a wallet, passport, driver’s license, and bank cards. The husband and wife filed a petition asking for a temporary restraining order against the actor, but the couple has since dropped their petition. A judge dismissed the case, at the couple’s request.

On April 19, Miller was in the news again, as they were arrested in Hawaii. According to Hawaii News Now and KITV, ABC’s local affiliate, Miller was arrested early Tuesday morning “on a complaint of second-degree assault following an incident at a home in Pāhoa.”

According to reports from the Hawaii Island Police Department, Miller allegedly threw a chair and struck a 26-year-old woman, inflicting a half-inch cut on her head. Allegedly, Miller was angry because they were asked to leave the home in the Leilani Estates subdivision in lower Puna. The police reportedly arrested Miller after they were found during a traffic stop at an intersection around 1:30 a.m., and they were released around 4 a.m. The police are reportedly actively investigating the matter.

Miller has yet to make a public statement about any of the recent incidents surrounding their trip to Hawaii and the legal actions brought against them.

Meanwhile, a video has now resurfaced on Twitter, showing Miller putting their hands around the neck of a woman at a bar in Reykjavik, Iceland. Filmed in April 2020, Miller was allegedly responding to a group of fans who had approached them. The actor was “upset and angry” when they were escorted from the bar, per Variety.

This controversy comes at a time that should be a happy one for Miller. Having made their debut in DC’s Justice League franchise in 2016, the actor is finally getting their own title film, with The Flash scheduled for release in 2023. Miller stars alongside Ben Affleck, Michael Keaton, Kiersey Clemons, and Sasha Calle in the hotly-anticipated instalment. The DC universe is famed for its films’ sequels, but Miller’s future in the franchise is seemingly uncertain at this point.

This article was originally published on March 29, 2022