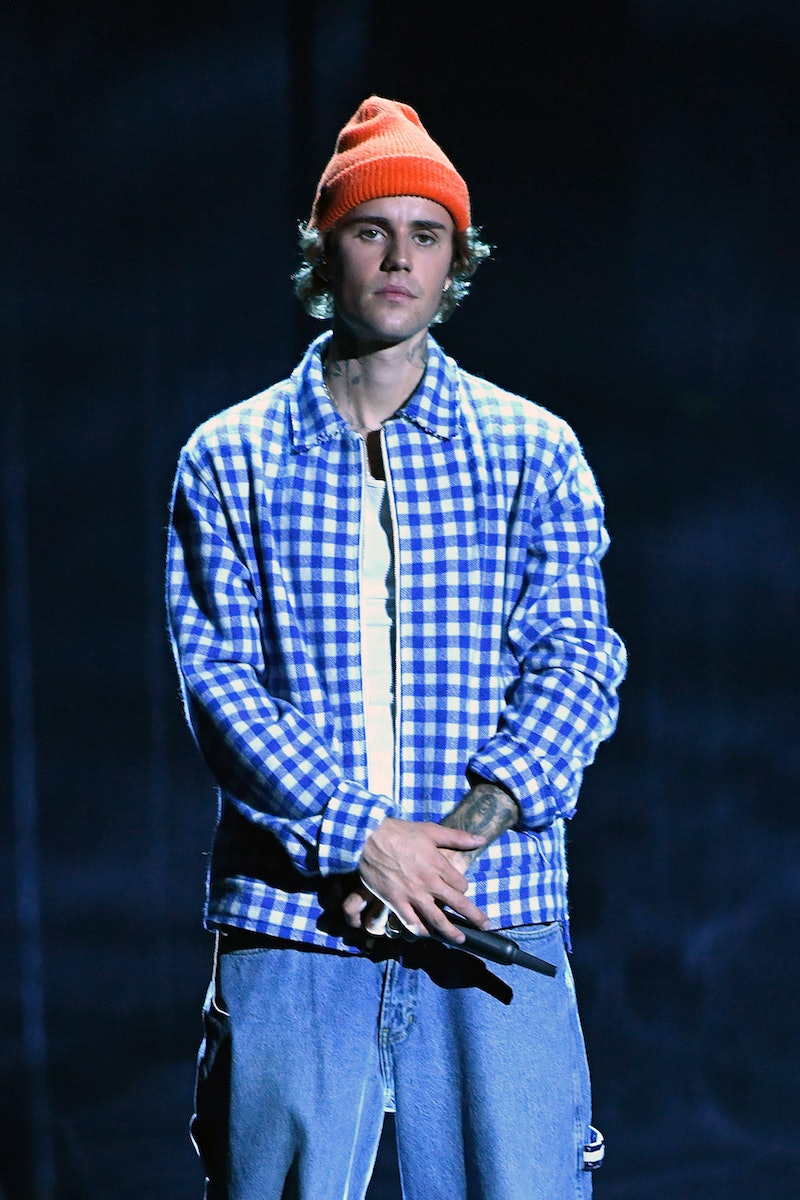 When Justin Bieber announced his new album Justice, he posted a lengthy message to his social media platforms about the world’s “suffering, injustice, and pain.” Noting that the album won’t change the world on its own, he expressed that it could help people “feel less alone,” seemingly referencing ongoing issues including racism and pandemic-related hardships. With two clips of Martin Luther King Jr. speeches featured in the 16-track set, it’s set up to address such social issues. But instead, Justice centers on Bieber’s love for his wife, Hailey Rhode Baldwin Bieber, which has garnered the singer a flurry of criticism from listeners.

“In a time when there’s so much wrong with this broken planet we all crave healing and justice for humanity. In creating this album my goal is to make music that will provide comfort, to make songs that people can relate to and connect to so they feel less alone,” Bieber wrote in his album announcement on Feb. 26. “Suffering, injustice and pain can leave people feeling helpless. Music is a great way of reminding each other that we aren’t alone. Music can be a way to relate to one another and connect with one another.

“I know that I cannot simply solve injustice by making music but I do know that if we all do our part by using our gifts to serve this planet and each other that we are that much closer to being united,” continued the singer. “This is me doing a small part. My part. I want to continue the conversation of what justice looks like so we can continue to heal.”

Hit play on Justice and you’ll think Bieber is about to spit bars that will change the world. Opening track “2 Much” begins with a clip from one of King’s speeches: “Injustice anywhere is a threat to justice everywhere.” But then the song begins, and it has nothing to do with MLK or really any social issues at all — it’s essentially a diary entry detailing his love for Hailey. “Don't wanna close my eyes, I'm scared I'll miss too much / Don't wanna fall asleep, I'd rather fall in love,” he croons on the song’s hook.

While the album includes some of Bieber’s catchiest tracks to date, the rest of Justice follows suit in dropping the ball on his intention of singing about tough topics. One-third of the way through the set, a track called “Unstable” seemingly addresses Hailey’s love for the singer throughout his own personal hardships. Then comes “MLK Interlude,” a nearly two-minute clip from a famous King speech titled “But If Not,” in which the civil rights leader discusses the importance of standing up for a cause you believe in.

Upon the album’s release on March 19, many listeners began to criticize Bieber’s use of MLK speeches throughout the record, accusing him of irresponsibly placing them amid songs about his relationship. They likened his actions to last summer’s phenomenon of white people using MLK quotes instead of saying “Black Lives Matter” and EDM artist David Guetta’s pitiful tribute to George Floyd during a livestream DJ set. “I’m confused why this Justin Bieber album is called Justice and has a whole MLK skit if it’s just about how in love he is with Hailey Bieber,” wrote a Twitter user named Bri, who isn’t alone in her confusion. Another user tweeted, “Justin Bieber using MLK speeches about justice... to sing about his white wife?”

Of course, it should be noted that Bieber did share links to several organizations with his fans on Twitter the night before the release of Justice, including Atlanta’s The King Center, the official memorial site of MLK that aims to spread messages of nonviolence. Bernice King, the famed activist’s daughter, quoted Bieber’s tweet and wrote, “Each of us, including artists and entertainers, can do something. Thank you Justin Bieber for your support, in honor of #Justice, of The King Center’s work, and of our #BeLove campaign, which is a part of our global movement for justice.”

Despite her approval, fans have continued to slam Bieber for his use of the speeches. One Twitter user shared a clip from FX’s Atlanta, pointing out that the show predicted that he would turn to Christianity and release an album titled Justice. The controversial clip features a young Black man claiming to be Bieber and announcing the album, a tongue-in-cheek bit that eerily mirrors his disjointed use of anti-racist messages in the context of a record with a completely different focus.

Considering Bieber was recorded using racial slurs as a young teen, he’s certainly learned and grown from much of his past ignorance regarding racism. But according to critical listeners, he still has a long way to go in successfully promoting social justice. Below, more fans react to the clips of King’s speeches featured throughout Justice.