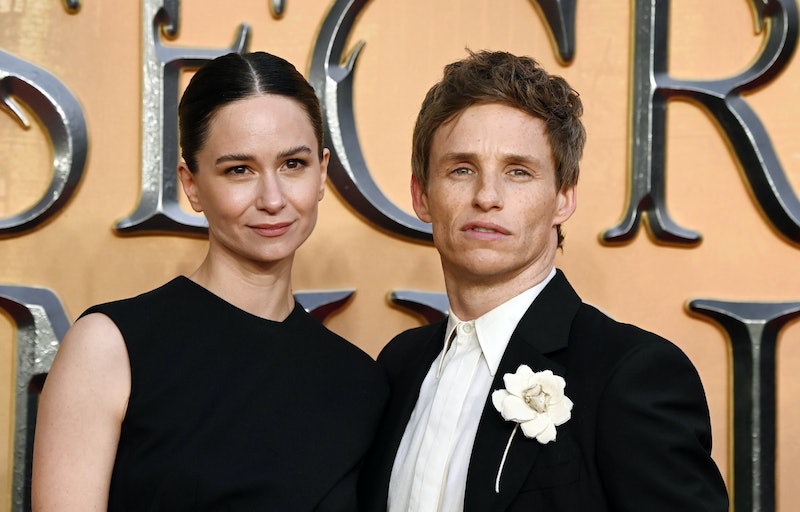 Rowling has repeatedly expressed anti-trans sentiments. In 2020, she posted a slew of anti-trans tweets, which she followed up with an essay published on her website. “This isn’t an easy piece to write, for reasons that will shortly become clear, but I know it’s time to explain myself on an issue surrounded by toxicity. I write this without any desire to add to that toxicity,” she wrote in the essay, before elaborating on “five reasons for being worried about the new trans activism, and deciding I need to speak up.”

Rowling’s opinions have been met with a wave of backlash, and even those involved in the Wizarding World franchise have spoken out against her. Below are comments that Fantastic Beasts stars have made in response to Rowling’s anti-trans statements.

The first Fantastic Beasts actor to speak out against Rowling was Eddie Redmayne, who stars in the franchise as wizard and “magizoologist” Newt Scamander. In an exclusive statement to Variety in June 2020, Redmayne said: “Respect for transgender people remains a cultural imperative, and over the years I have been trying to constantly educate myself. This is an ongoing process.”

He continued: “As someone who has worked with both J.K. Rowling and members of the trans community, I wanted to make it absolutely clear where I stand. I disagree with [Rowling]’s comments. Trans women are women, trans men are men and non-binary identities are valid. I would never want to speak on behalf of the community but I do know that my dear transgender friends and colleagues are tired of this constant questioning of their identities, which all too often results in violence and abuse. They simply want to live their lives peacefully, and it’s time to let them do so.”

Katherine Waterston said “you can’t be a feminist if you’re not for everyone’s human rights.”

Actor Katherine Waterston, who plays the witch Tina Goldstein in the Fantastic Beasts franchise, has also expressed her disapproval of the Harry Potter author’s views.

In August 2020, Rowling returned her Robert F. Kennedy Human Rights Ripple of Hope Award after the foundation’s president expressed her “dismay” over the author’s “deeply troubling transphobic tweets and statements.” The following day, per The Independent, Waterson posted a Guardian op-ed to her Instagram story with the headline “Trans women pose no threat to cis women, but we pose a threat to them if we make them outcasts.” Waterston circled salient quotes in the essay, including “...sorry, you can’t be a feminist if you’re not for everyone’s human rights, notably other women’s human rights” and “When there is so much real violence against women, it’s a sad waste of time to focus on imaginary maybe presumably it-could-theoretically-happen violence,” among others.

Waterston elaborated on her post in an interview with The Independent in July 2021. “Because I was associated with Fantastic Beasts, it felt important to communicate my position. One wondered if they might be grouped in with other people’s views by association,” she said.

Fantastic Beasts’ Albus Dumbledore, portrayed by actor Jude Law, has yet to released an isolated statement about Rowling, though he did offer a general comment when asked about the author’s tweets in an interview with USA Today.

“I'm a great believer in appreciating, understanding, learning and keeping an open dialogue that makes everybody feel comfortable and everybody included,” Law said in the Sept. 2020 interview. “Boycotting or withdrawing support from someone online who has offended is understandable and can indeed be effective, but it can also stop people from listening to one another. I'd like to think that respectful dialogue is where change lives.”

Dan Fogler wrote that “LOVE is the most powerful magic.”

Actor Dan Fogler, who plays Jacob Kowalski in the Fantastic Beasts films, issued his own statement via Twitter, saying: “Here are my cisgender white Jewish male thoughts on transgender equality.”

“In an already difficult time in history, I believe in encouraging everyone to embrace openness, inclusion, and love. If a person tells you they are a man, a woman, or someone anywhere on the gender spectrum, they deserve to be treated with respect and support — and that’s regardless of what they may look like on the outside. It’s not really anyone’s place to label or classify another person. You think therefore you are,” the actor wrote in a screenshot statement. He went on to thank Rowling for “creating the role of a lifetime for me” before adding, “LOVE is the most powerful magic and it cannot be contained.”

Warner Bros. Pictures has expressed support for inclusiveness, but without specifically naming Rowling.

Warner Bros. Pictures, the studio behind the Wizarding World franchise (including the original Harry Potter films) also released a statement in June 2020, but did not directly address Rowling or her views.

“The events in the last several weeks have firmed our resolve as a company to confront difficult societal issues,” a Warner Bros. representative said in a statement to Variety. “Warner Bros.’ position on inclusiveness is well established, and fostering a diverse and inclusive culture has never been more important to our company and to our audiences around the world.”

The statement continued: “We deeply value the work of our storytellers who give so much of themselves in sharing their creations with us all. We recognize our responsibility to foster empathy and advocate understanding of all communities and all people, particularly those we work with and those we reach through our content.”

Some of Fantastic Beasts’ cast and crew have yet to comment.

While several people involved in the franchise have addressed Rowling’s comments, not everyone has expressed their thoughts. As of April 2022, Fantastic Beasts actors Ezra Miller and Alison Sudol (who play Credence Barebone/Aurelius Dumbledore and Queenie Goldstein, respectively), as well as director David Yates, have yet to publicly comment, per Bustle reporting.

More like this
Rupert Grint Just Shared A *Major* Update About Ron Weasley’s Future
By El Hunt
Netflix Shut Down 'Bridgerton' S3 Rumours About A “Very Dark” Storyline
By Bustle
Your Guide To Watching 'Everything Everywhere All At Once' In The UK
By El Hunt and Sophie McEvoy
Kukulkan From 'Wakanda Forever' Has A Surprising Connection To Marvel History
By Grace Wehniainen
Get Even More From Bustle — Sign Up For The Newsletter
From hair trends to relationship advice, our daily newsletter has everything you need to sound like a person who’s on TikTok, even if you aren’t.